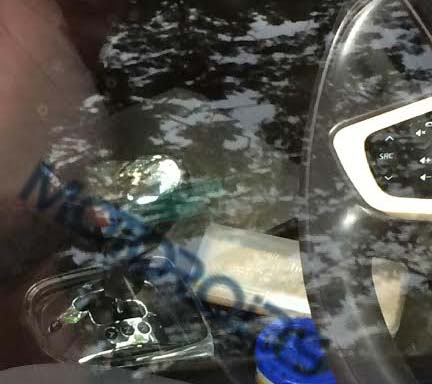 Less than a week back, we brought to you images of an undisguised Tata Bolt hatchback. Now, our friend Ketan Malunjkar have sent us some Tata Zest AMT images that he recently tool in Pune. The latest Tata Zest AMT images give us a look at the car’s gear lever. These Tata Zest AMT image set also comprises of an image of the interior and another of the exterior. While these images do not reveal anything new, we are happy about the fact that work has been on at full swing on the Zest compact sedan. Tata Zest launch is expected to happen before this year’s festive season.

Talking about the upcoming model’s name, Tata Motors has said that the name Zest “signifies enthusiasm for life, for the sense of excitement, anticipation, and energy it brings, approaching life as an adventure. It is all about being vivacious and energetic”. The Zest compact sedan has been designed at Tata Motors’ design studios in Pune (India), Coventry (UK) and Turin (Italy).

While the Zest is largely based on the Manza sedan, it gets a new front grille, a set of new projector headlamps and a new front grille. Along with getting a shorter booth, the car also gets a pair of new wraparound tail lamps. On the inside too, the car gets a new dashboard, a new steering wheel, and new rugby shoulder seats.

When launched, the Zest will be seen rivaling the Honda Amaze, the Maruti Dzire and the Hyundai Xcent.