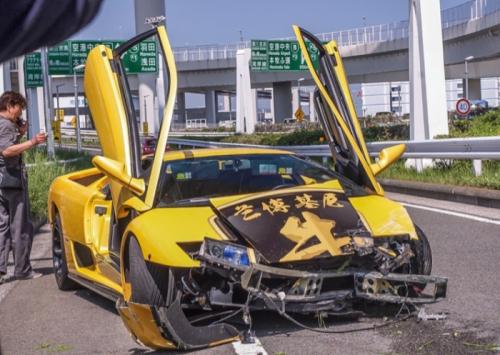 Thanks to this new video that has been doing rounds on the cyber space, it has emerged that during a Lamborghini event that took place in Tokyo recently, a yellow Lamborghini Diablo crashed into a guardrail. It may be noted that in this event, owners of various Lamborghini models were supposed to show off their vehicles in a parade. However, the driver of the Diablo decided to take this showing off a step ahead, as he drove through the parking area with the doors up.

Soon, the Diablo driver lost control as he oversteered to the right and crashed into a guardrail. Looking at these images of this exotic car crash, the Diablo has suffered some serious damages to its front end. It is being said that no one was injured in the crash and its only the car and the driver’s ego that took a real beating! Sad, we say!! 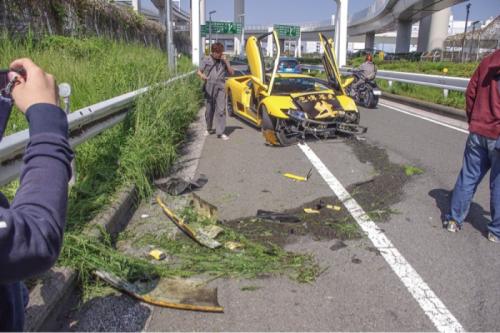