It has been a day where Tata Motors has successfully created a buzz with all its new products at the Geneva Motor Show. Among them, the Tata Altroz EV reserved its spot as the carmaker’s all-electric offering in the future. Underpinned by the same ALFA platform which the conventionally powered Altroz is based upon, the Altroz EV is pretty similar in appearance to its non-electric version. However, in terms of styling, a 3D, Y-shaped pattern replaces the large air dam and the wheels are perhaps designed to harness the energy generated during braking to route it back to the battery. 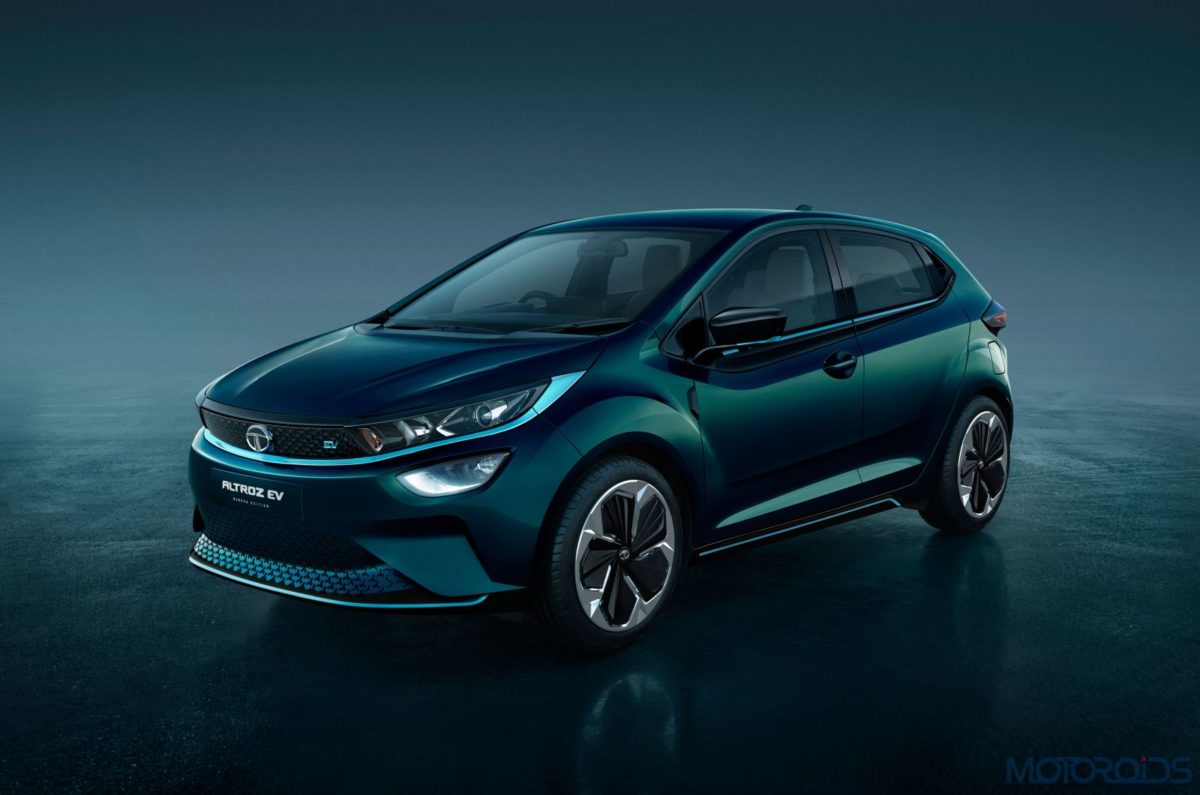 Touted as a premium Urban car, the Tata Altroz EV will be powered by a permanent magnet AC motor which will drive the wheels via a single speed gearbox. The battery size and power output are not known yet, however, Tata is targetting a charging time of 60 minutes for the battery to replenish 80% of its juice from dead. 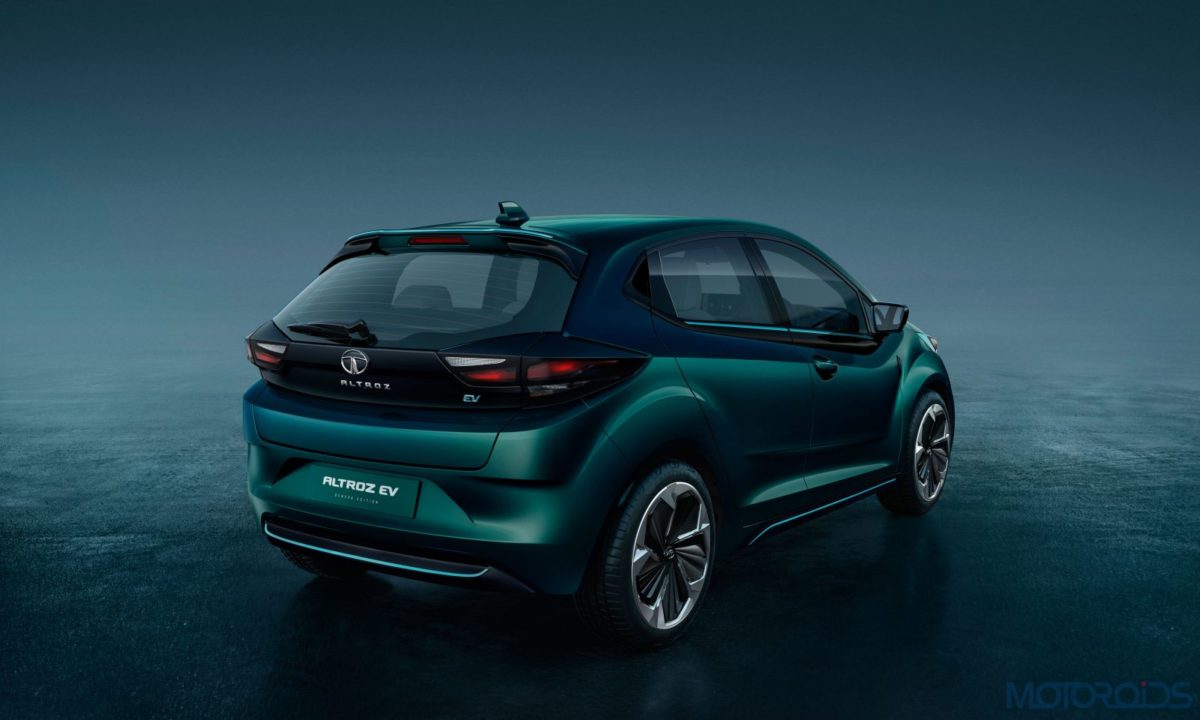 The manufacturer has also officially stated that with the Altroz EV, they are targetting a range of 250 – 300 kilometres, which is great for an Urban car. In terms of dimensions, the all-electric Altroz is 3988 mm long, 1754 mm wide, 1505 mm tall and has a wheelbase of 2501 mm. 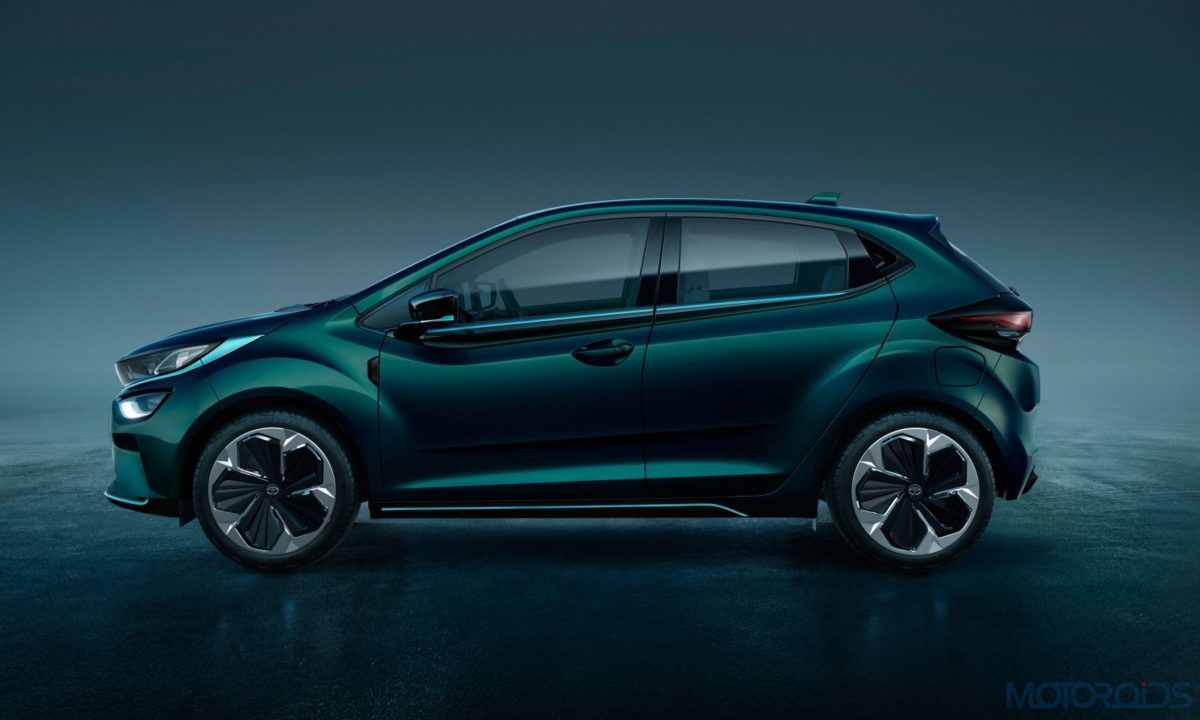 The ALtroz EV will light up the road ahead with dual, ultra-slim LED headlamps and unlike the conventionally-powered car, the EV version will employ a black and beige theme for the upholstery. The absence of a central tunnel ensure the floor remains flat and replacing the traditional gear lever is a dial for fore and aft movement.

AC vents are colour-coded to match the external paint and the fancy inside the cabin comes from the large infotainment screen which appears to have a borderless design and the fancy touch panel for the air-conditioner. 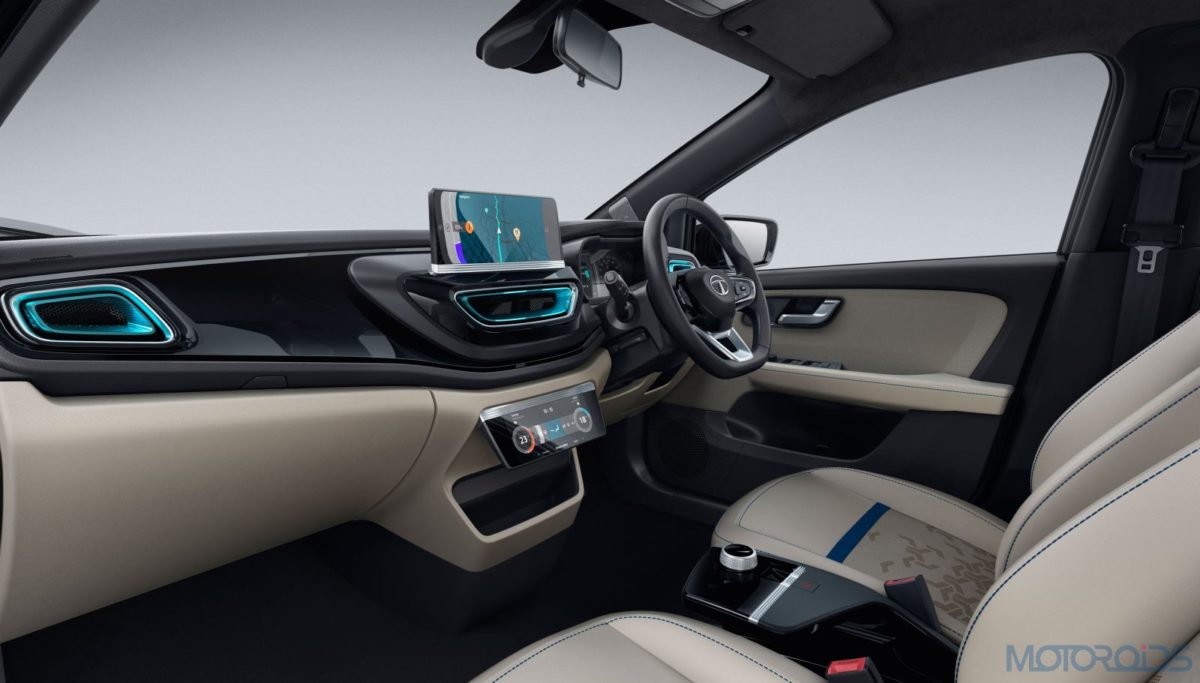 The new flat-bottom steering wheel from the conventionally-powered Altroz has been carried over and so is the semi-analogue instrument cluster. We expect Tata Motors to make some announcement about the availability of the Altroz EV, once the conventionally-powered hatchback goes on sale in mid-2019. We’ll bring you more details about these new Tatas as and when they arrive. Until then, stay tuned!