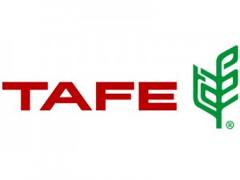 The citation of the ‘Leadership Award for Industry Leadership’ noted that “TAFE genuinely has demonstrated excellence in agriculture, drawing closer the stakeholder communities it serves by aligning its operations to its vision of Cultivating the World.”

Mr. T. R. Kesavan, in his award acceptance speech said, “I am proud to receive the award on behalf of TAFE and its Chairman, Ms. Mallika Srinivasan. The team at TAFE would like to dedicate this recognition to the Indian farmer – our inspiration and the core reason of our existence, whose inputs have helped us build products to serve the farming community, not only in India but the world over; in line with our corporate philosophy of Cultivating the World.”

The citation also said, “Tractors and Farm Equipment Limited, the third largest tractor manufacturer in the world and the second largest in India by volumes, commands 25 per cent market share in the Indian tractor industry with a sale of over 150,000 tractors, annually. TAFE is committed to the Total Quality Movement and its tractor plants are certified under ISO 9001 & ISO 14001.”

“As a company that listens to the heartbeat of rural India and with a vision of ‘Cultivating the World,’ TAFE believes in reaching out to the farming community at large. It was this sense that led to the inception of ‘J Farm’- a 200-acre adaptive agriculture research center of TAFE, recognized by the state and the central government for its contribution in the area of agriculture. TAFE’s partnership with AGCO Corporation and the Massey Ferguson brand for 53 years is an outstanding example of TAFE’s commitment to its values of long-term relationships with its stakeholders,” the citation added.