Finally, there is a motorcycle that falls in the same segment and is a direct rival to the long-ruling Kawasaki Versys 650. Suzuki launched the V-Strom 650 XT at an ex-showroom price of Rs. 7.46 which has pit it against the Versys 650 not just in terms of pricing but also in terms of purpose and performance, but does the V-Strom 650 really have what it takes to dethrone the Versys? Let’s see how the two of these stack up on paper. 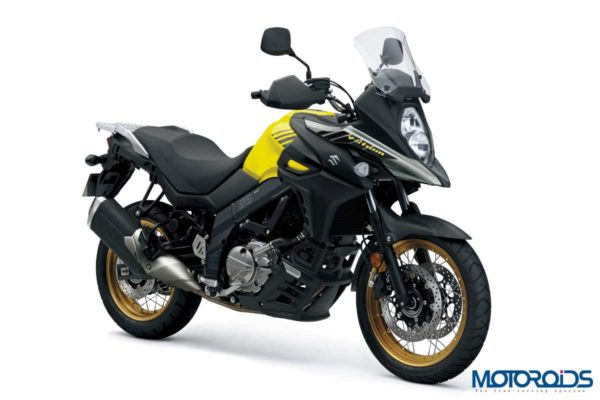 Engine And Performance
Both of these motorcycles are powered by 650cc motors give or take and both of these use twin cylinder engines, they both also come mated to 6-speed transmissions and weigh the exact same 216 kgs. However, that’s where their similarities end, while the Suzuki is powered by a 645cc V-twin that puts out 71 bhp of power and 62 Nm of torque, of the two it clearly is the one that makes more power. The Kawasaki doesn’t fall too far behind, what it lacks in terms of power it makes up for with its torque, the Versys 650 is powered by a 649cc parallel twin motor that produces 69 bhp of power and 64 Nm of torque. 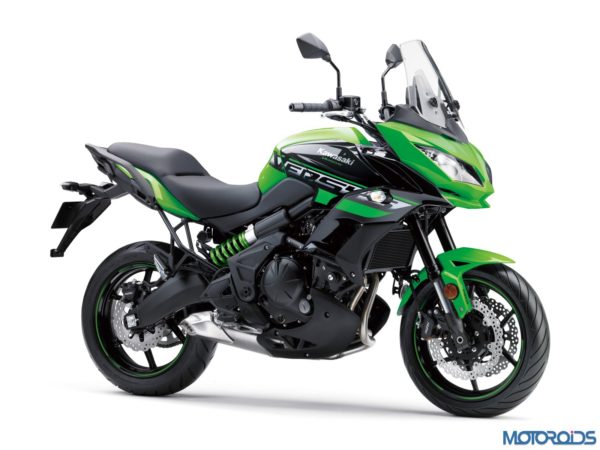 Chassis And Suspension
If you’re the kind of rider that loves to cover long distances then you may find a motorcycle with a larger fuel tank more appealing, as it allows more road time without having to make stops for refuelling. While the V-Strom gets a 20-litre fuel tank, the Versys manages to one-up it at 21 litres of fuel capacity which makes their difference marginal. The Suzuki V-Strom 650 XT seems more dirt ready with its 19-inch wire spoke wheels at the front and 17-inch at the rear, both wheels come wrapped in Battlax Adventure A40 tubeless tires by Bridgestone. In comparative, the Versys 650 has a more road orientated setup since it rides on 17-inch wheels that are wrapped in Sportmax tubless tires by Dunlop. 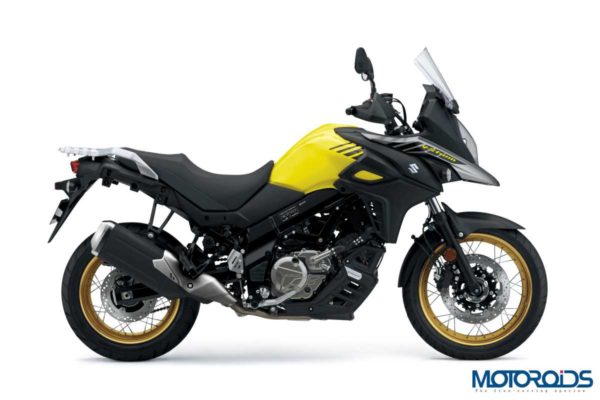 The Kawasaki Versys 650 does redeem itself with more premium suspension setup with its fully-adjustable USD forks in the front and a preload adjustable mono-shock at the rear, in comparison the V-Strom 650 XT gets a conventional telescopic fork setup in the front that is non-adjustable while the rear mono-shock can be adjusted for rebound and preload. Shorter riders will find the Kawasaki more appealing with its 5 mm shorter seat height compared to the Suzuki’s 845 mm seat height. 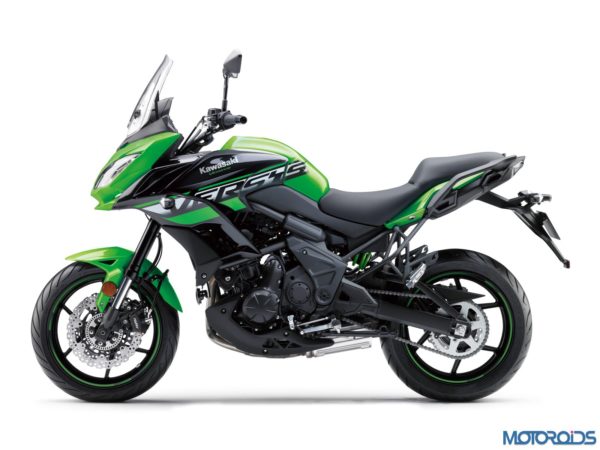 Equipment And Features
When it comes to electronics the Suzuki being the new kid on the block gets a long list of electronics ranging from a three-stage traction control system and ABS, while the Kawasaki only gets ABS. Both these motorcycles show their age when you take one look at their instrument clusters, they both get a digital-analogue speedometer that displays all the basic information you’d expect with no extra or stand out additions. 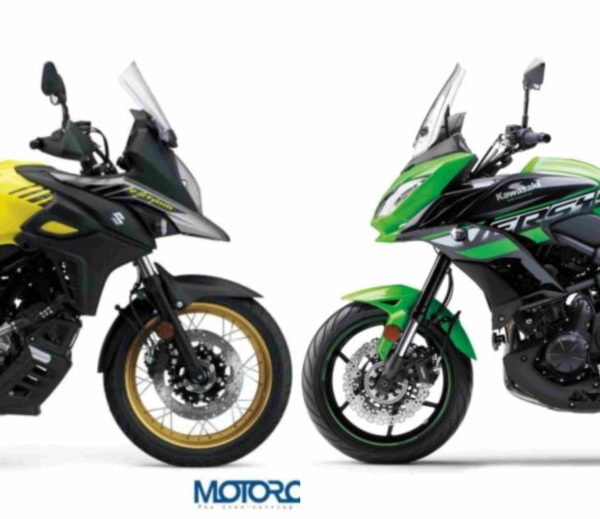 Also Read – Kawasaki Ninja ZX-6R Spotted at ARAI for Homologation: All Set to be Launched in India

While the Kawasaki Versys 650 is available for a price of Rs. 6.69 lakhs ex-showroom India, it sits at a considerably lower price when compared to the V-Strom 650 XT’ Rs. 7.46 ex-showroom price. So while the Kawasaki justifies its lack of electronics or equipment at its offering price, one can argue the Suzuki to justifies its price with the addition of more electronics and equipment. This comparison is much closer than one would anticipate and their key differences will be all down to rider preference be it in terms of aesthetics or riding dynamics.