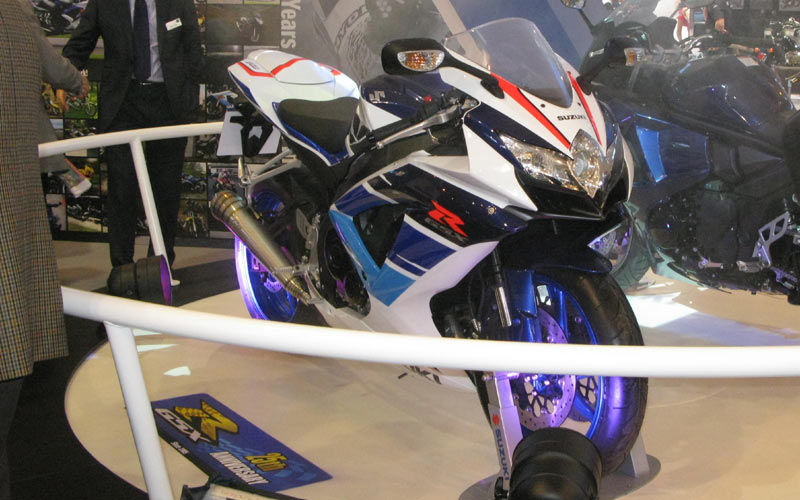 During the launched, the company also revealed some details about its GSX-R anniversary celebrations. The celebrations will have three GSX-R trackdays in 2010. These trackdays will feature an all-star line-up of factory Superbike riders in attendance. In addition to this, the day’s which will be exclusively open to Suzuki owners will also witness a variety of special attractions.

“It gives me great pleasure to announce the first initiative in our year-long celebrations for the GSX-R,” said Suzuki GB marketing manager George Cheeseman. He also stated, “With these special days, customers really can spend the day with their heroes, both on and off the track. With three time BSB champion John Reynolds in attendance also, participants can benefit from his expert advice on riding techniques too.”

This does not seem to be the end though. Along with the three day special anniversary celebrations, Suzuki confirmed that it has planned to arrange even more GSX-R themed events throughout the year.