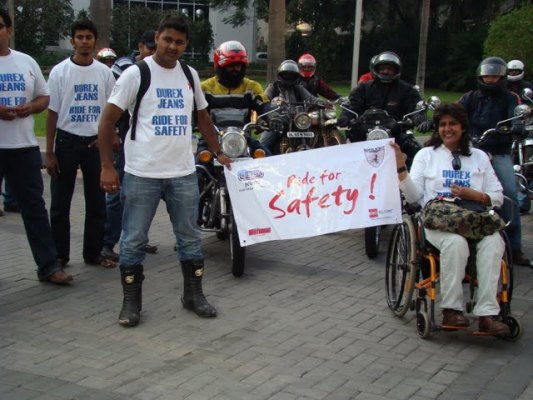 Ask any kindergarten student to list out at least ten of his or her favorite proverbs and I’m dead sure you will find “Prevention is better than cure” amongst them. This indeed is a meaningful proverb, but the meaning has always been locked up in the books of value education. But on World AIDS Day (29th of November), Wheelyboy with the help of Durex and many more appreciable likeminded bikers decided to take the initiative to free the meaning of the above mentioned proverb and let people realize its importance. 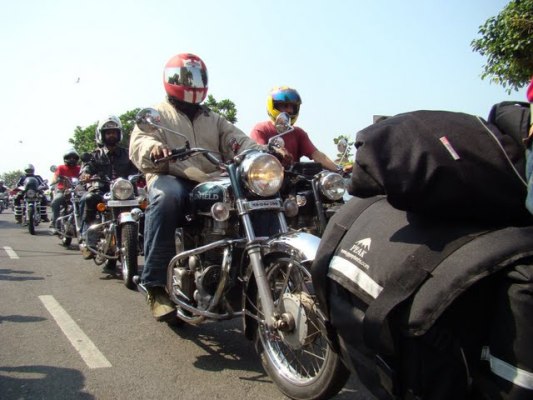 An AIDS Awareness Ride was organized by Vijay D. Jain, popularly known as Wheelieboy. The Ride for Safety was sponsored by Durex, a leading condom manufacturer. Along with AIDS awareness, the ride’s main objective was to spread the meaning and importance of the word “Protection,” be it in the field of biking or sex. The ride was scheduled to start at 11 AM, from NCPA (National Center for the Performing Arts) at Nariman Point to Bandra Band Stand. 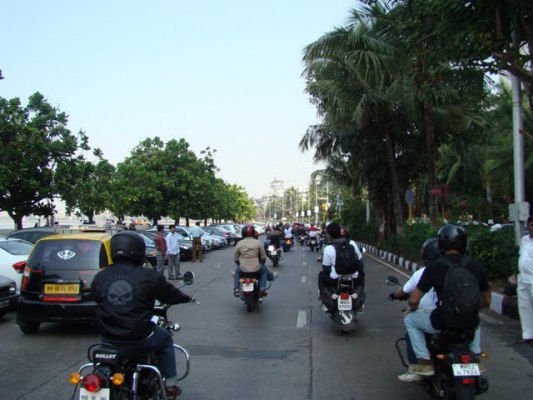 “Bikers are usually considered as a nuisance in a country like ours, but through this ride, we will prove that not all bikers are such. By bringing Biking and health together on a single platform, today we will ride for a cause!” said Wheelieboy in the press conference before the ride. The same event was supposed to take place a year ago but was unfortunately called off due to the terrorist attacks that shocked the city of Mumbai. 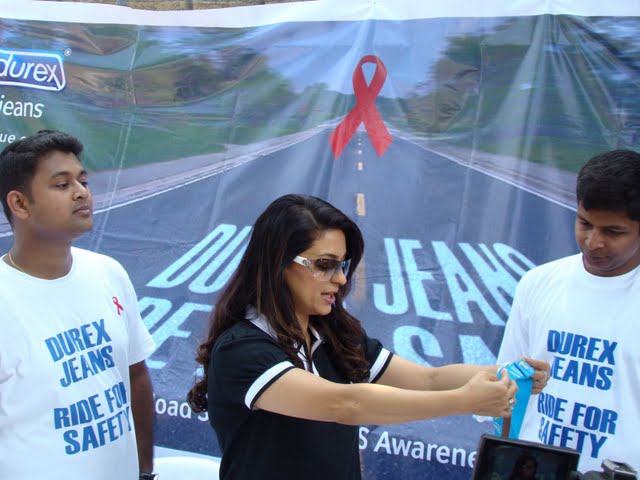 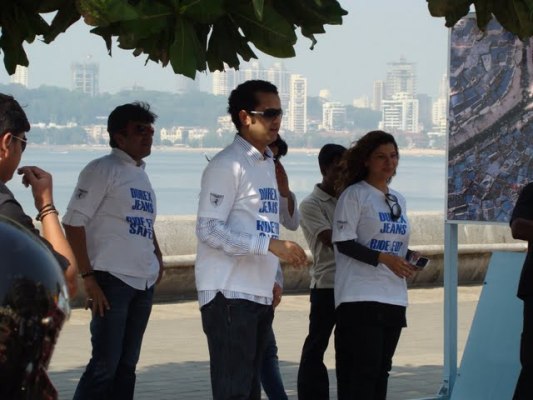 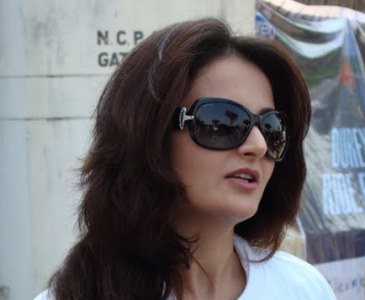 The Noble cause was supported by a host of celebrities like Juhi Chawla, Raja Chaudhary, Rahul Mahajan, Monica Bedi and Sambhavana Seth. Deepa Malik, an inspiring icon in the world of Indian Biking and Sports led the team of almost hundred bikers. Juhi Chawla made it to the press conference even though she wasn’t keeping well. She was to inaugurate the ride. 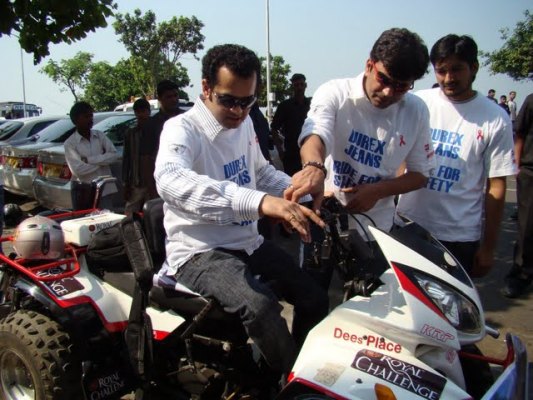 In the press conference, Juhi Chawla stated that it was the inspiring acts of Deepa Malik who was physically challenged that made her want to attend the event even though she was ill. Though she was rendered paraplegic due to a spinal tumor, she was astride on her customized ATV (All Terrain Vehicle) and was the leading rider in the entire ride.   Deepa Malik made it a point to ride in the rally even though she had reached Mumbai only a day before after winning a bronze medal in shotput at the  IWAS world games. 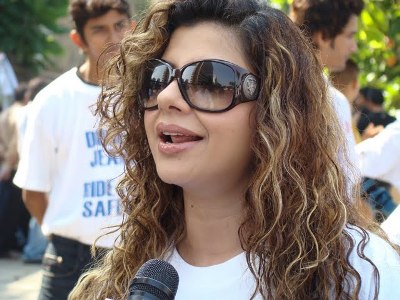 It all started at around 10 AM in the morning which was the reporting time. A rattle similar to the noise of about twenty men firing their machine guns hit my eardrums. It was only when I turned my head towards the North that I realized that the high decibel noise did not belong to violent machine guns, but a team of bulleteers. Alas! It was the Royal entry of the Roadshakers, a Royal Enfield biking group based in Pune. They deserved to be called “Roadshakers”. The exhaust notes of twenty odd members on their classy bullets indeed made heads turn. 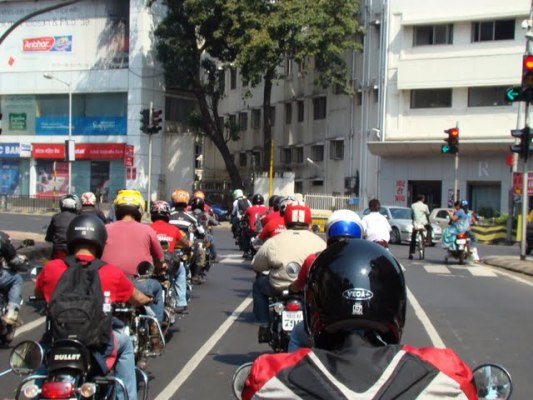 We were in front of the NCPA Gate 1, Nariman Point. A little more than hundred bikers were present and had registered for the Durex Ride for Safety. Various media persons were busy capturing the scene. The ride was already delayed. The Roadshakers had already started warming their impatient engines. Young riders astride their Royal Enfield machines were busy revving their engines hard. The aggressive roar of the bikes grabbed attention of various tourists present at the location. As a mighty, united group, all of them got themselves aligned in groups of two. 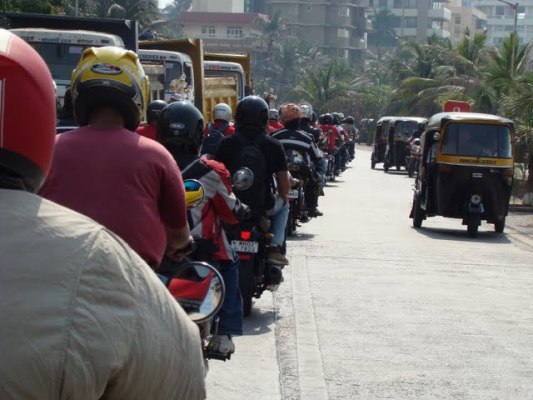 The various other bikers from different parts of the country also joined them. The mighty group of bikes began the group ride at about 12:15 PM. To witness a group of hundred odd bikes ride together on the ‘not so empty’ streets of Mumbai is like having snow fall in the Sahara Desert. Stunned onlookers were present throughout the ride. The loud rumble of the Royal Enfields automatically cleared all the obstructions in the way. 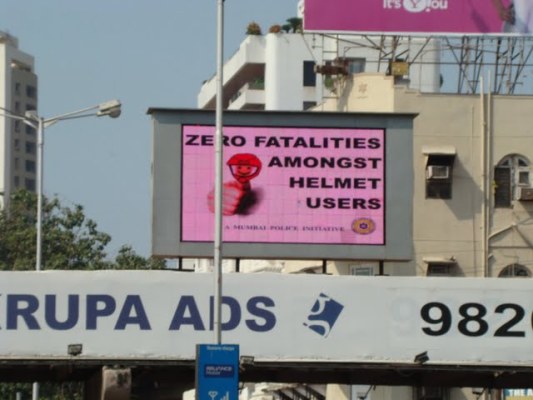 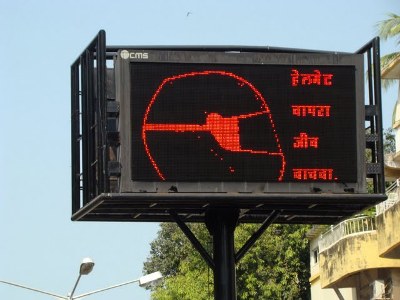 Tourists who had their cameras focused over the Arabian Sea quickly turned to capture this unusual event on the streets of Mumbai. The bikers were accompanied by a few “pandus” (popular word for Mumbai traffic police), who for a change supported the cause by themselves wearing a helmet throughout the ride. Had the ride commenced without the support of the Mumbai Traffic Police, it would have been a complete failure and an invitation to complete confusion and chaos. 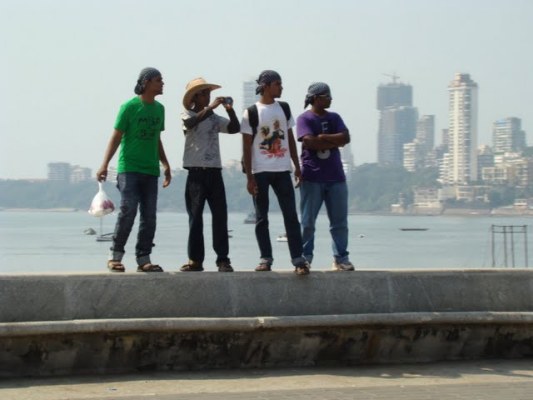 Amidst the crowded streets of Mumbai, the huge group of bikers rode enthusiastically to spread the message of the importance of helmets as well as AIDS awareness. After one and half hours of riding in the scorching ‘Mumbai’ sun, we finally reached our destination. We were at Bandra Band Stand. Exhausted after riding, the participants were given burgers and a bottle of water each. The entire team of organizers rejoiced after the successful ride for the year. 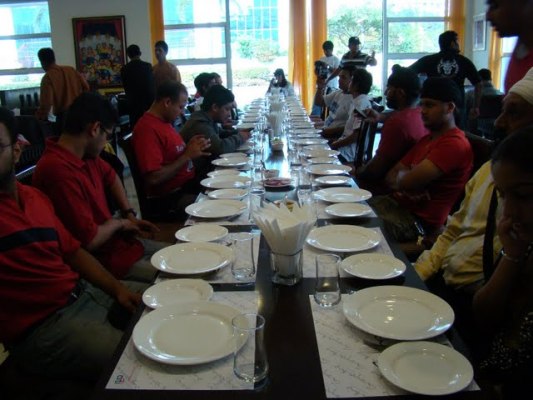 It was the end of the show for most riders. But however, the ride did not end here for the organizers, Deepa Malik, the entire Roadshakers team and me. Our next destination was Peninsula Corporate Park at Lower Parel where we would have our lunch. We left after a small break and a few refreshments. With all the enthusiasm restored in our mind and body, we still had the feel of a huge group of bikes, even though the number was less now. We found ourselves at the restaurant at Peninsula Corporate Park in no time. 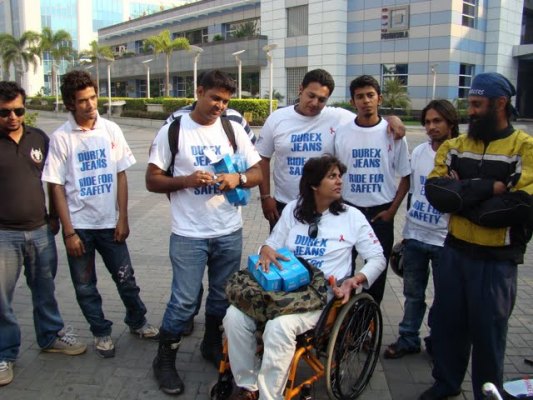 The entire bunch of riders enjoyed a delicious and nutritious lunch after a brief introductory session. It was time for the Roadshakers team to bid goodbye. A farewell speech by both Vijay and Deepa Malik left the bikers even more inspired to organize even more of such events for a noble cause. Deepa rightly pointed out such initiatives are meant to bring the entire biking community together and the  right spirit is in playing the role of of a host without expecting to be treated as a guest. Instead of using such social events to settle ego issues with others people sould focus on being bikers first if they wanna tag themselves as one.

A registration fee of 100 rupees was collected from all participating bikers which also got them two McDonalds burger to fill up and a t-shirt to cover up. The money collected from rider registrations will be donated to an NGO Snehalaya which is based in Ahmednagar and is home to around 320 AIds affected orphaned kids. Last but not the least, as a souvenir or a symbol to always remember the value of ‘Protection and Prevention is better than Cure’, all the riders were given ‘Cool Blue Condoms’ by Durex.