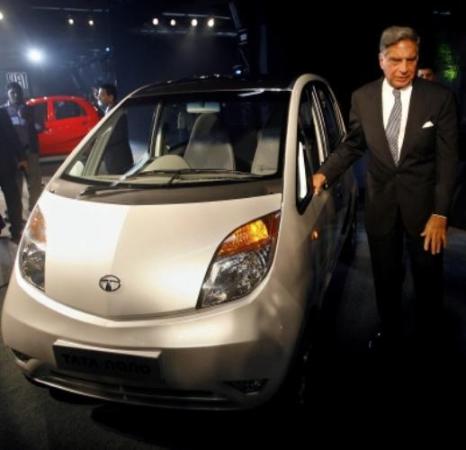 Tata Motors had earlier revealed plans of introducing a diesel engine option for prospective buyer’s of the world’s cheapest car. It has now emerged that the manufacturer is also planning to develop a hybrid engine for the Nano! The highest official of the Tata Group gave a quote to the Maeil Business (a South Korean newspaper). According to Ratan Tata, Chairman of Tata Group, the automobile arm of the group is planning to produce a hybrid version of the the Nano to join in the environment friendly trend. He  also said that low priced goods would create stronger demand than high end products in India, and the so called low price revolution would continue across the world. When it comes to doing something good for the environment, we understand the need to have a herd mentality which is on the positive side. We sincerely hope that Tata sorts out its internal automobile quality issues first before launching another technology under the Nano brand. Well, a hybrid Nano going up in flames at a traffic stop owing to faulty (read poor quality) parts wont do the environment much good!