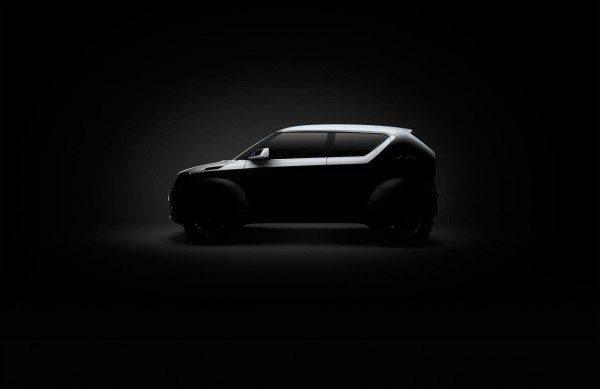 Last month, the Suzuki iM-4 mini-SUV concept had also been teased along with the iK-2 hatchback concept – both set for a Geneva 2015 unveiling on March 3. The iM-4 has also been leaked, courtesy @Suzukicars on Instagram, and could preview a compact crossover for Europe, in all probability a Jimny replacement. 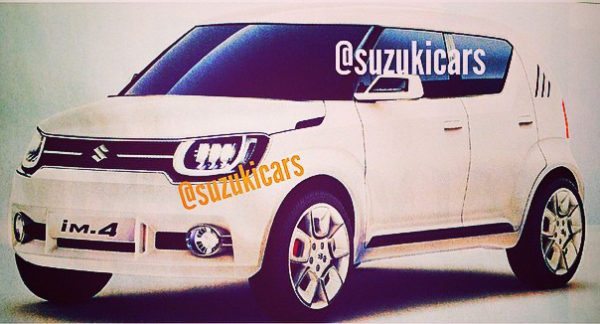 The IM-4 likes to be a pocket sized SUV, and looks like a contemporary predecessor to the iconic, pint sized Jimny 4×4 – Suzuki themselves tend to believe that the iM-4 will be “an iconic mini 4X4″. The shape looks smart, with a dainty, yet worked up stance, muscled up arches and a lid like floating roof. Details like the gashes on the C-pillar, deeply sculpted front bumper, LED lamps and the deftly chrome trimmed front fascia smarten it up.

Maruti is also working on a sub-4 meter compact SUV, codenamed the YBA, but the iV-4 looks good enough for India too, as an entry-level, mini-SUV.

The upcoming XBA will, in all probability, will borrow its engines from the existing Maruti range, so expect the 1.3 liter DDis unit, apart from the 1.4 liter petrol unit from the Ciaz/Ertiga. A new 1.5-liter diesel engine, is also expected. Maruti may unveil the production version of this all-new compact SUV at the Auto Expo 2016 and it could be called Maruti iV4.