This render tries to imagine up the upcoming Maruti YBA Compact SUV. With styling that draws heavily from the Suzuki iV-4 concept SUV shown at the 2013 Frankfurt motor show, this new Maruti compact SUV shall finish under 4 meters in length. To take on the Ford Ecosport, the YBA will fill the void that Maruti Suzuki has been looking to fill since compact SUVs took the nation by storm. 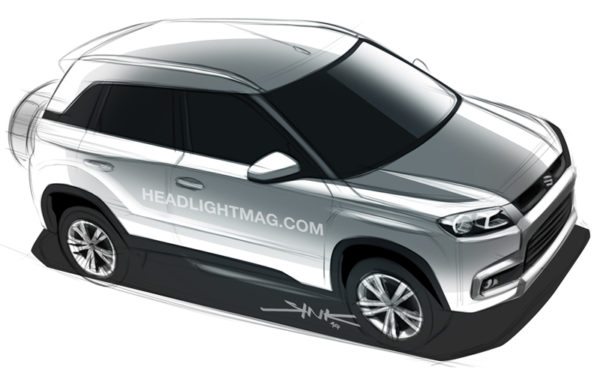 The XBA will, in all probability, will borrow its engines from the existing Maruti range, so expect the 1.3 liter DDis unit, apart from the 1.4 liter petrol unit from the Ciaz/Ertiga. A new 1.5-liter diesel engine, is also expected. Maruti may unveil the production version of this all-new compact SUV at the Auto Expo 2016 and it could be called Maruti iV4.