A recent notification issued by the Road Transport and Highway Ministry states that manufacturing, storage and sale of non Indian standard (non-ISI) Helmets for two-wheelers will lead to arrest without warrant. While for first offence, the penalty would amount to two years jail or fine of at least Rs 2 lakh, subsequent offences would attract higher fine. This will be applicable from next 60 days.

Commenting on this development, Rajeev Kapur, President, Two Wheeler Helmet Manufacturers Association and MD of Steelbird said that this move is highly appreciated by the government and this decision would act as a master stroke and help in doing away with sale, manufacture, storage and use of non-ISI marked helmets.

Interestingly, Kapur adds in his statement that even the leading international brands who were exporting helmets to India as per European and US standard will now have to adhere to ISI standards. They will not be able to sell otherwise.

Check out the document shared by Ministry of Road Transport and Highways below: 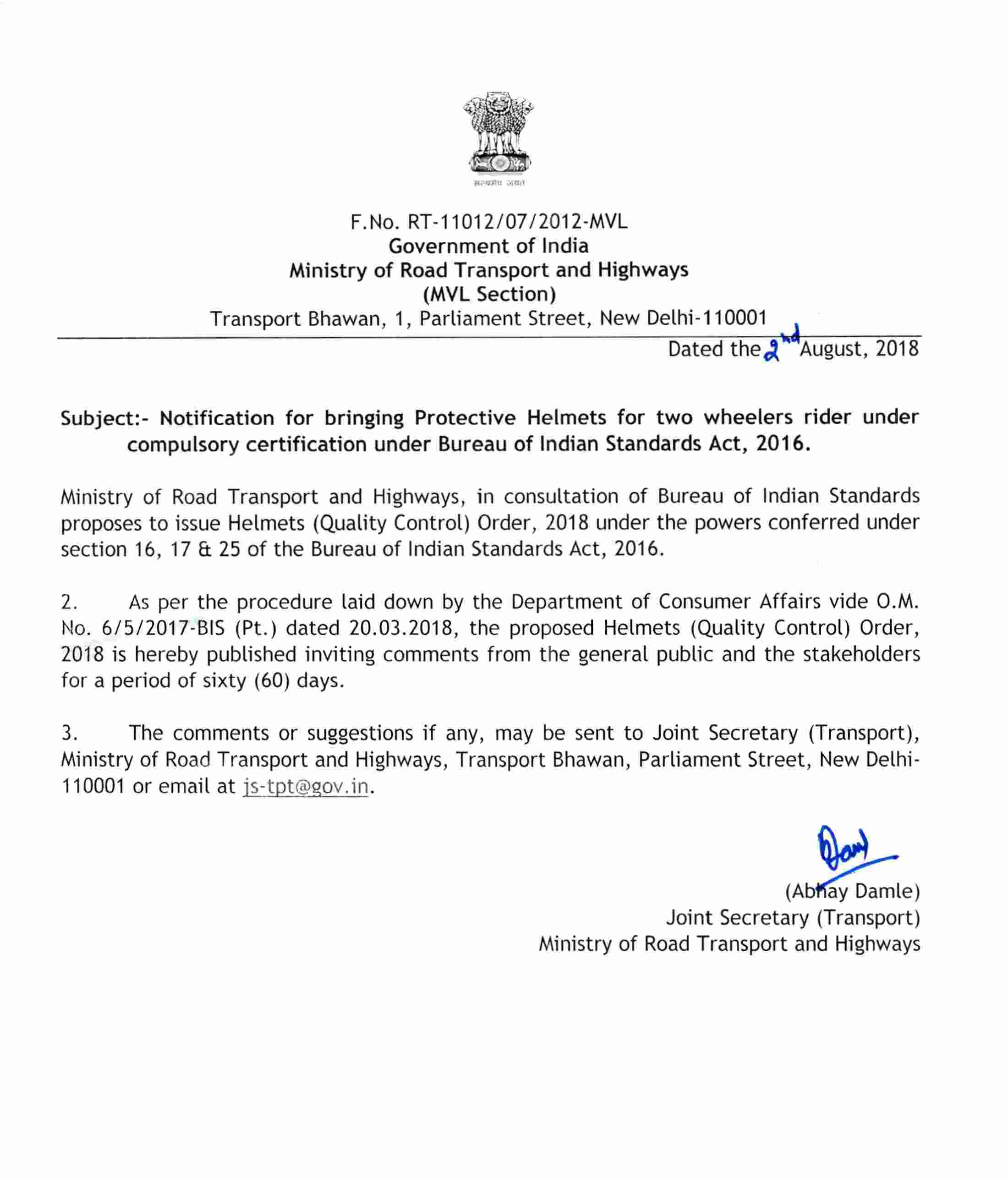 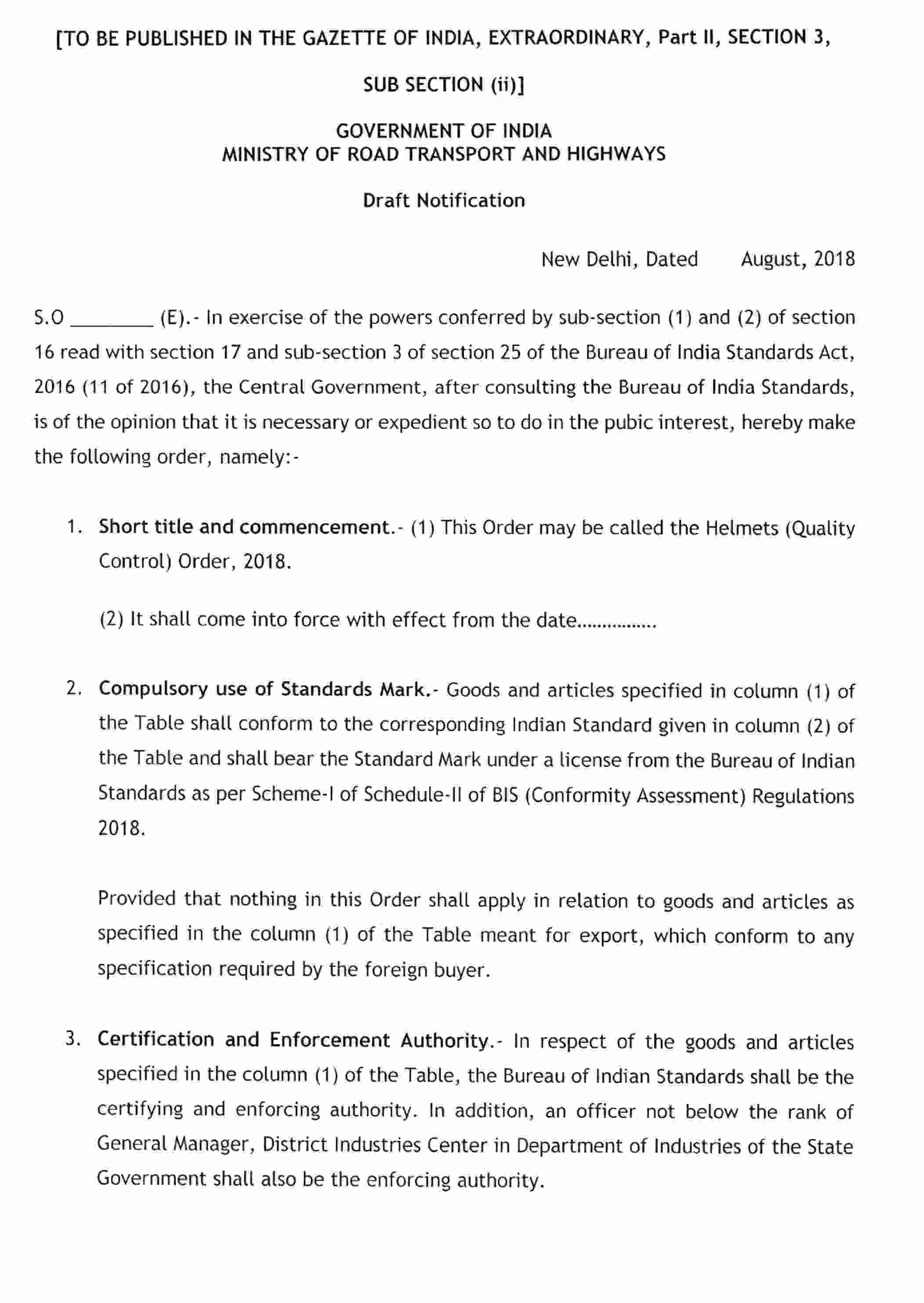 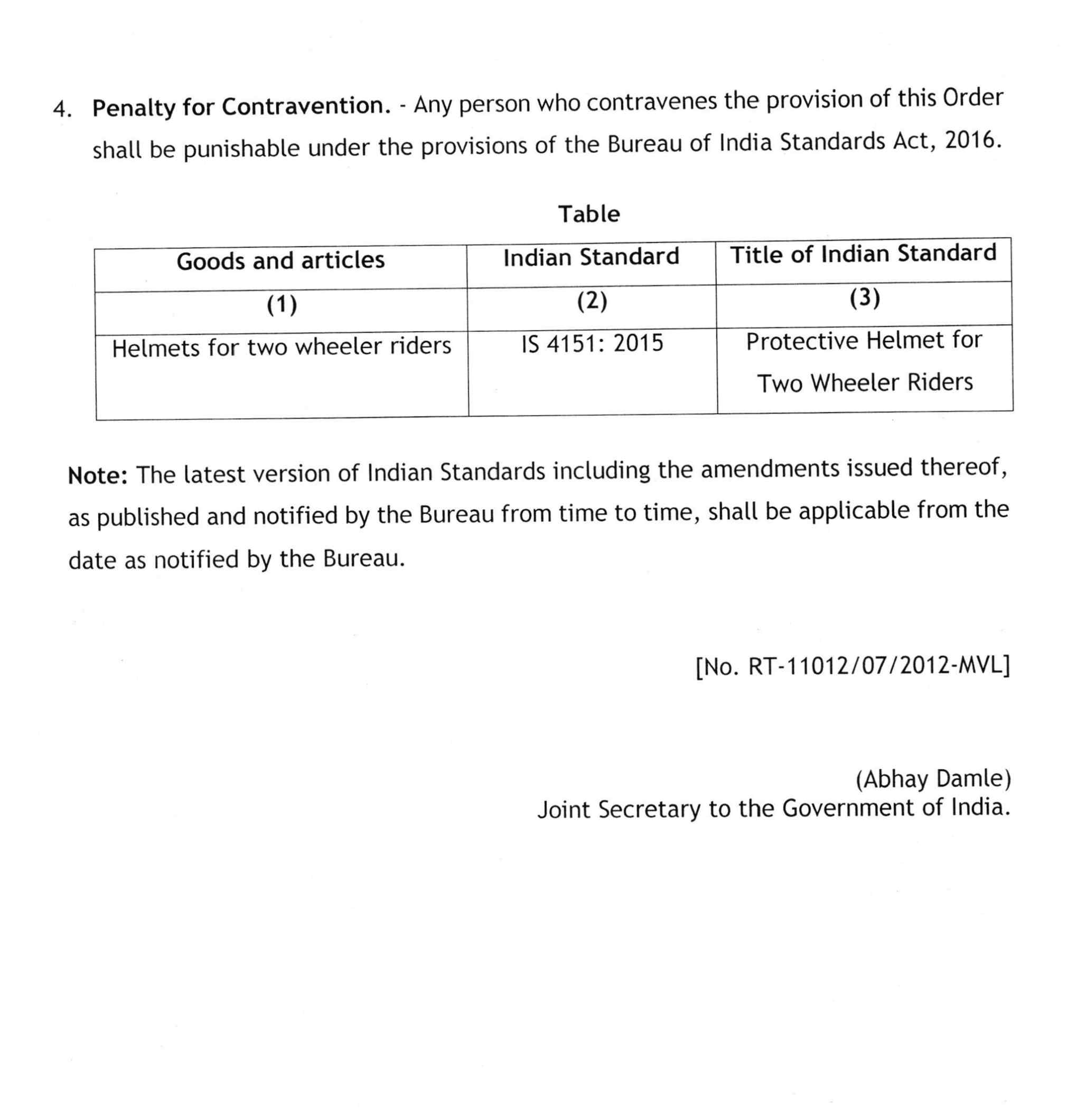 If you remember, Bengaluru Cops briefly banned imported helmets earlier this year. However, they had to call-off the ban after suffering severe backlash.