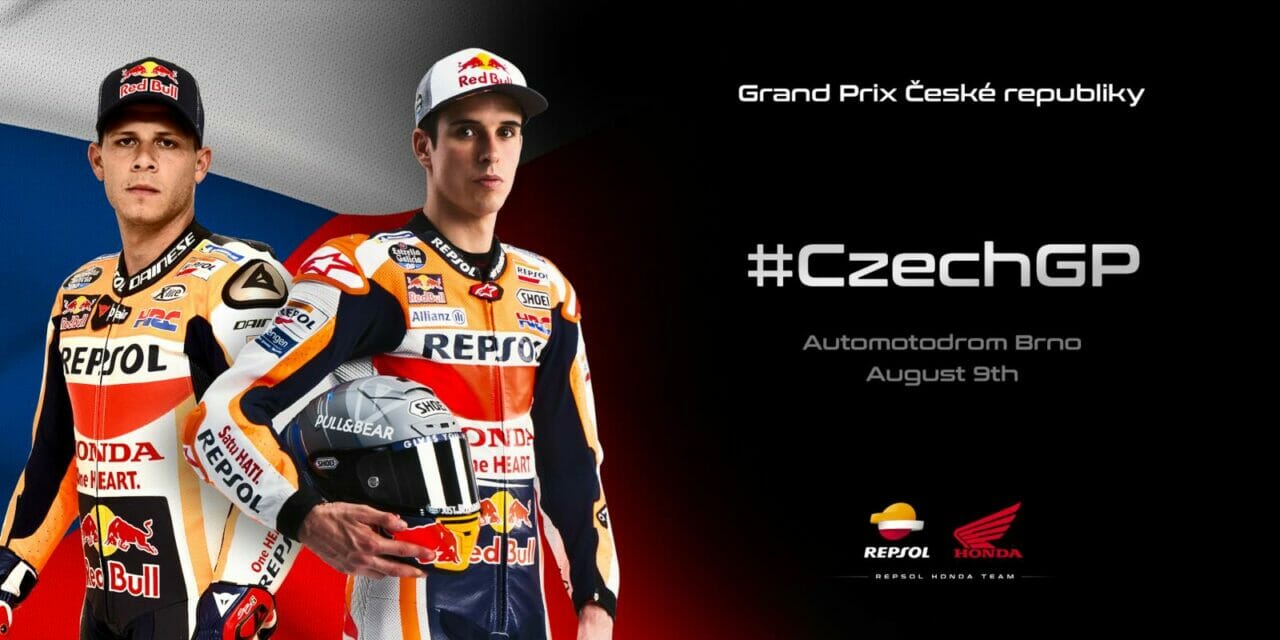 After a heroic return just four days after surgery in Jerez, Marc Marquez will miss the Brno round and in his place, Stefan Bradl will be joining the Repsol Honda Team alongside Alex Marquez. The Czech GP marks the third round of the 2020 MotoGP World Championship and presents the first change of circuit for the season in the MotoGP class. 2019’s Czech GP is remembered for Marc Marquez’s incredible Qualifying lap, 2.5 seconds clear of second-placed Jack Miller.

Weather forecasts suggest a clear weekend in the high 20s – a change from the punishing heat of Jerez. The weekend also marks the start of MotoGP’s first triple-header of the revised 2020 season as two races at the Red Bull Ring succeed the weekend. 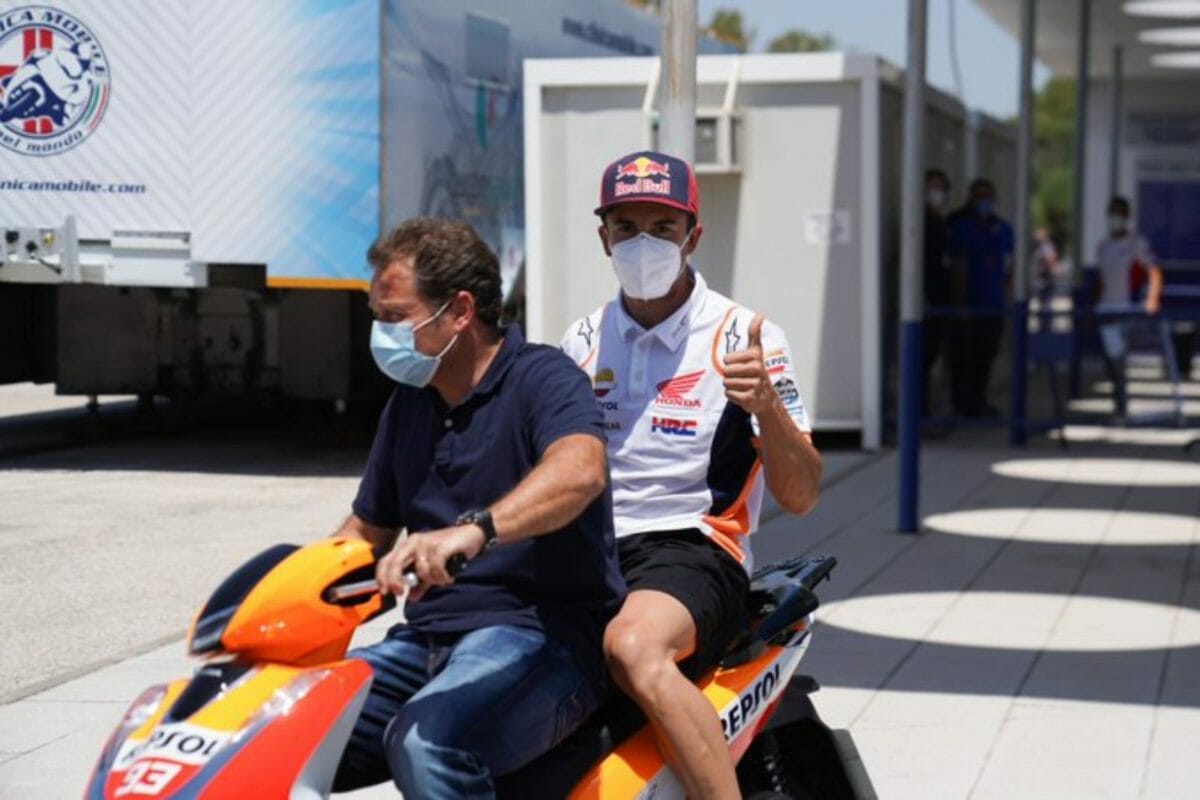 After undergoing a second operation on his injured right arm, Marc Marquez and HRC have decided that the World Champion will not ride in the Czech Republic in order for him to recover more. In his place, HRC test rider Stefan Bradl will mount the Honda RC213V. In 2019, the former Moto2 World Champion competed in four MotoGP races with a best finish of 10th at the German GP. Bradl has claimed three top-ten finishes at Brno from his seven starts in the MotoGP class and only once missed out on points.

Winner of last year’s Moto2 race, Alex Marquez is eager to get to the Automotodrom Brno, a circuit he ranks as one of his favourites on the calendar with only one visit finishing outside the top five since he became a full-time Grand Prix rider in 2013. Having made constant progress, especially over race distance, the MotoGP rookie arrives with boosted confidence to try his Honda RC213V around the Czech circuit with its flowing layout. The objective is again to reduce the distance to the front and fight for top rookie honours.

Here’s what Alex Marquez had to say

“This will be just the fifth circuit I have ridden a MotoGP bike at, but it is one I have always enjoyed riding and it has suited my style a lot in the past. We gathered a lot of good information from the two weekends in Jerez so now we can apply what we have learned to a new circuit. Every session I learn more about MotoGP and my bike, I am looking forward to riding in Brno and starting three races in three weekends, it will be intense but I am looking forward to it. I hope Marc can recover well and quickly!”

Also read: The Stats Of Marc Marquez’s Crash Are Out And They Are Scary To Say The Least 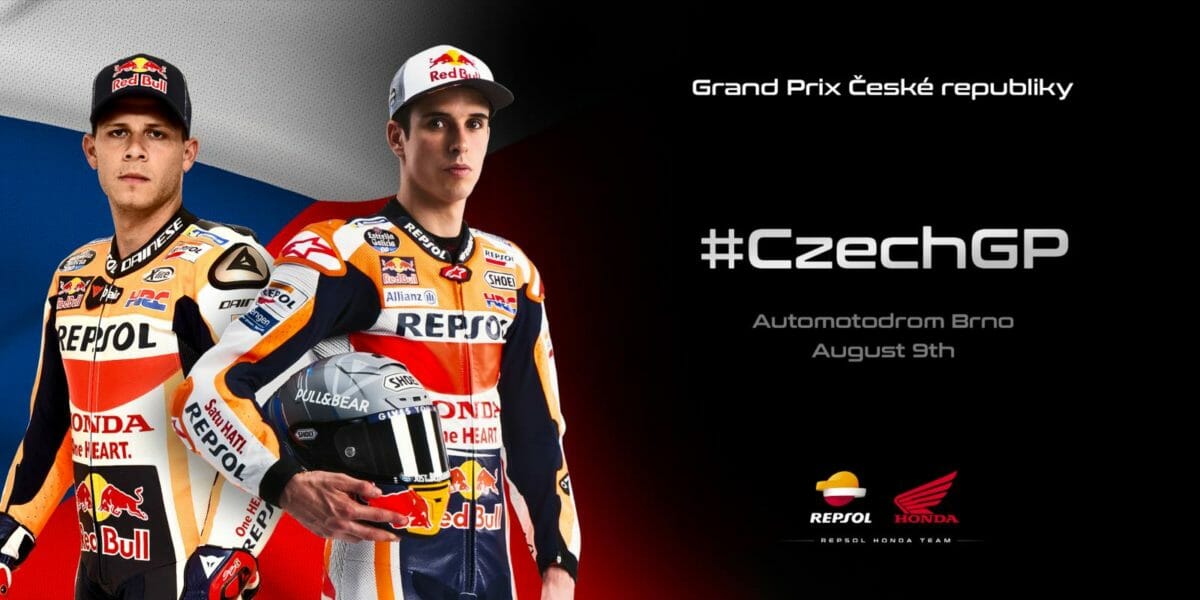 Here’s what Stefan Bradl had to say

“First of all I want to wish Marc a speedy recovery, what he did in Jerez was incredible and he showed that he has the true spirit of a champion. I am looking forward to riding the Honda RC213V again, due to the global pandemic we have not been able to test as we would normally so it will take some time to adjust to the bike and MotoGP again but I have ridden the superbike a few times so I know my fitness is good. It’s a challenge I’m looking forward to, competing with the Repsol Honda Team is always a great honour and I am pleased to help Honda. Let’s see how the weekend goes.”