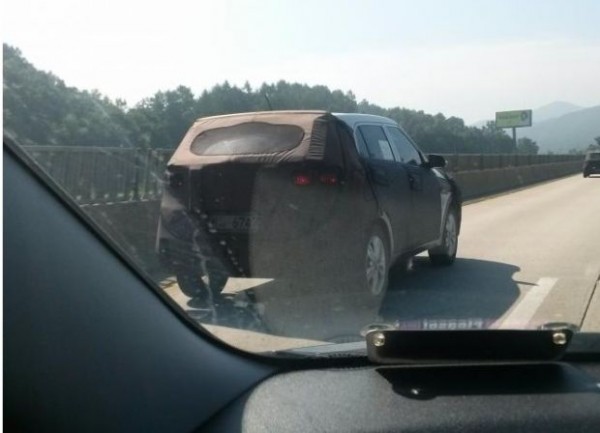 Upcoming Hyundai Compact SUV has again been spotted testing in Korea. This compact SUV from Hyundai would be a Ford EcoSport rival and might also have to compete with the Suzuki iV-4, which will be launched around the same time.

The upcoming Hyundai compact SUV will be first launched in China, where it will be built by the Beijing-Hyundai joint venture.

From what we can deduce from the numerous spy pics we have seen, the front fascia of the compact SUV would sport the carmaker’s hexagonal grill and a set of ‘edgy’ headlamps. The rear could appear more dramatic, with a wrap around rear windscreen, a la Ford EcoSport you may say. The tail lights could be seen extended all the way into the rear fenders. 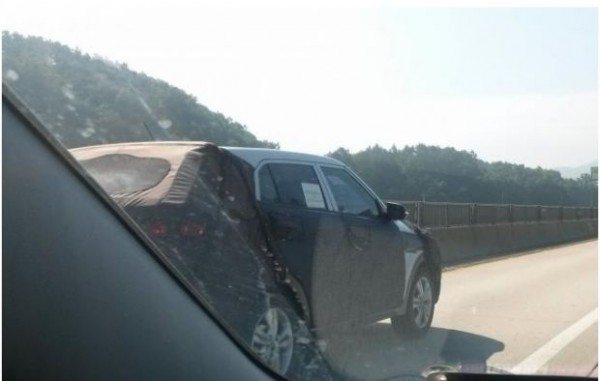 Dimensionally, the upcoming Mini SUV from Hyundai is expected to slot in between the Dacia/Renault Duster and the Ford EcoSport, maybe a bit more towards the EcoSport.

Details about the engine options are scarce at this point of time but the Korean car manufacturer could launch its first compact SUV with a set of new compact petrol and diesel engines. One of these engines could be the highly publicized 1.0-liter turbo petrol engine, details of which Hyundai unveiled last year. This engine could snatch some limelight away from the much hyped Ford EcoBoost engine.

Hyundai’s EcoSport challenger is expected to make its debut sometime late next year and it is pretty much for sure that the car is headed our way.

Stay tuned to Motoroids for more on the upcoming Hyundai mini SUV.