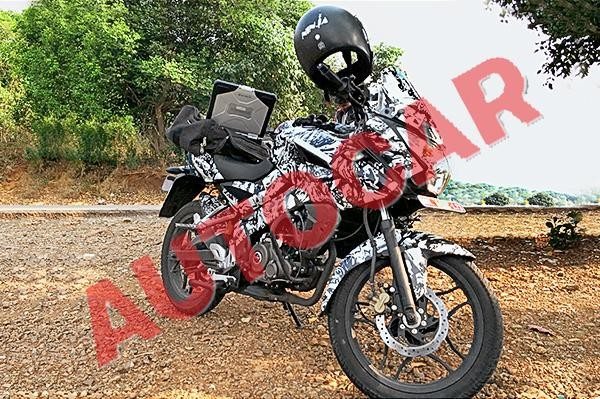 It seems Bajaj is following the Discover’s product strategy with their Pulsar brand. While a 200 cc Adventure Sport version was spied earlier, a similar looking bike with a smaller 150 cc motor has been snapped testing again. To be a new product that will spawn out of Bajaj’s new found love for abbreviations, the Pulsar 150 AS comes with a tall screen up front, clip-on handlebars, and for an adventure motorcycle, rather spindly front telescopic forks. 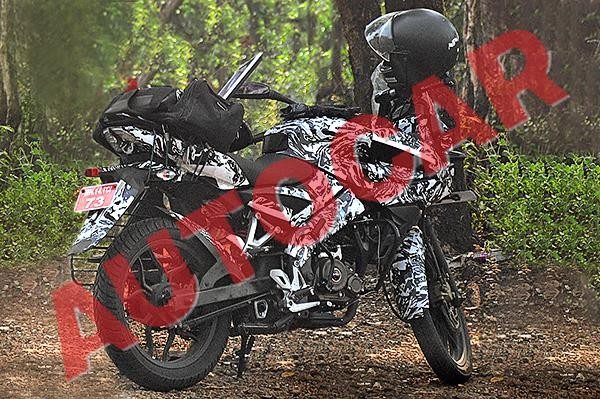 Rear braking is via an ancient drum unit, while a mono shock linked to a box type swingarm replaces twin springs found on the older 150 cc Pulsars. Front headlight is reported to be a projector unit, which is neatly incorporated in a half front fairing that merges rather well with the tank. The biggest change on the new 150 cc Pulsars will be the introduction of a modern perimeter frame, like the one found on the 200 RS/NS. Rubber size at both ends is identical to that on the existing 150 cc Pulsar, while alloy wheel pattern is identical to the design seen on their other Bajaj specimens. The seat is a split unit, perched on which, the rider will most probably twist the throttle, connected to a 150 cc, triple spark, carburetor fed motor that makes around 17 PS of power at 9000 rpm and 13 Nm of torque, mated to a 5-speed gearbox.