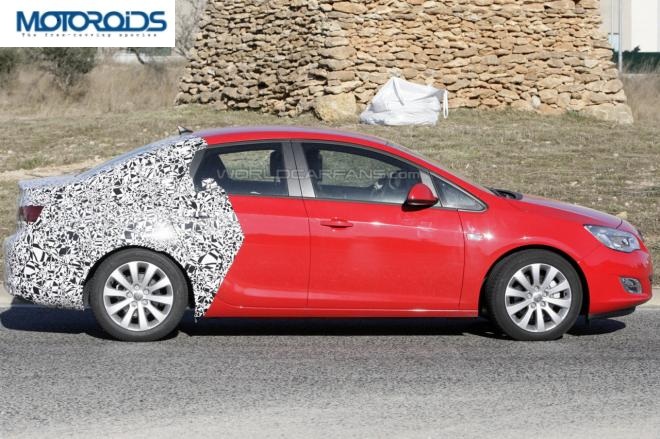 Back in the later half of 90s, the only mid sized cars on offer in Indian market were the Maruti Esteem, Daewoo Cielo and Opel Astra. While the Jap and the Korean cars were entry level sedans, the Opel was more of a premium mid sizer. Some years later, Opel had to shut shop and with that came an end to the production of Opel badged cars. Now, we have Chevrolet representing GM in the country but we will always have a soft spot for the first proper Upper C segment sedan to come from GM in India.

History lessons apart, the good folks at wirldcarfans have caught testing the 2013 Opel Astra Sedan prototype. The front end is not camouflaged as it retains the design of its hatchback sibling but the rear gets all new styling and should be enough to differentiate the sedan from its ‘lesser’ sister.

We expect to see the car at Geneva Motor Show this year.