The sporty hatch market is quite a rage in the Indian market at this moment, a segment which has seen many pumped-up versions of normal hatchbacks with a bigger engine and some other changes. Maruti Suzuki has offered the Baleno hatchback in this segment in the form of the Baleno RS. There were rumours of the Swift getting the same treatment and now spy images of the car can be seen on the internet. This particular car in a black shade could possibly be it, the Indian spec Swift RS. 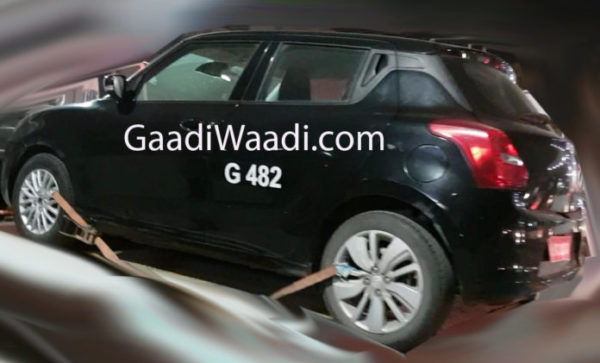 The car features a larger 16-inch alloy wheel which showcases a new design which would hold larger tyres to help put more power on the ground. Talking about power, we expect it to come equipped with the same 998 cc three-cylinder turbocharged petrol engine seen in the Baleno RS which makes 101 bhp and 150 Nm of torque. The engine would send power to the front wheels via a five-speed manual transmission, an automatic variant may not be made available. Just like its sibling, the Swift RS too will get disc brakes on all four wheels which will improve overall braking performance. The RS would be made available in on top end trim variant and would get all the features like a touchscreen infotainment system, dual airbags, ABS to name a few seen in the top-end Swift. 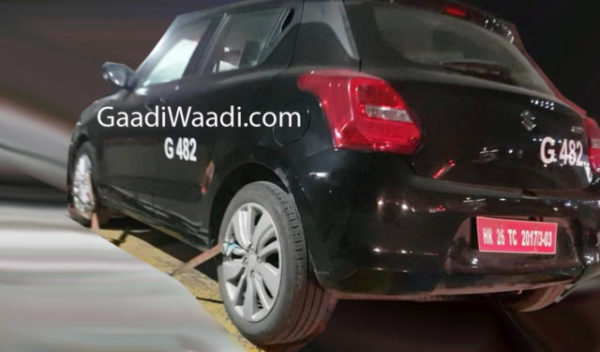 The Swift RS when out would be a brilliant product on offer for all us car guys who would love to have a little more from their everyday hatchback. The 101 bhp hatchback should be available at a price of about INR 8 lakh. However, Tata also is rumoured to bring out the Tata Tiago JTP, a performance version of the Tiago hatchback. It will be fascinating to see how they would stack up against each other. There is yet no news on the possible release date of either of the cars. Below is an image gallery of the Swift hatchback and here is a link to its review video.