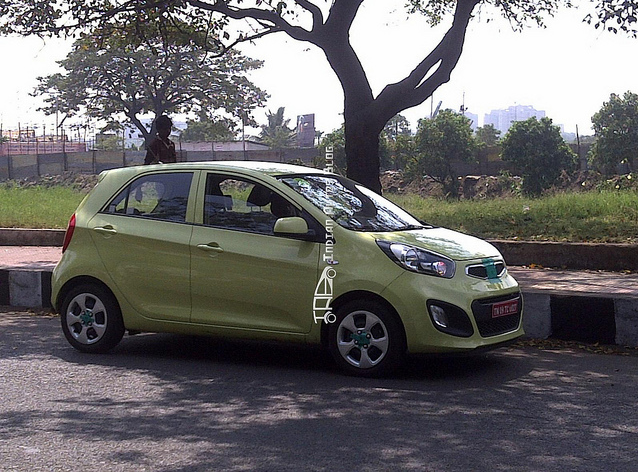 Frankly, we are tired of reporting about the sightings of Kia cars. These appear more as perfect teasers than anything else. Recently, we came up with the pics of Kia Picanto which was caught testing in and around Velachery, Chennai. The Picanto is also called the Morning and shares some components with the i10, albeit, looking  a tad different from the cousin in question.

All the sightings consolidate our belief that Kia is quite keen to debut in India and we believe that their cars can be positioned at a price point that will be a tad lesser than the contemporary offering from Hyundai. This is fairly possible as we saw Skoda positioning its products at a slightly lesser price point than Volkswagen. It may be noted that chances of the Kia hatchback to debut as a new Hyundai i10 are next to none as the new generation of i10 is about to make its debut and it makes more sense for the Korean auto maker to launch the all new car instead.

Here we have spy shots (again!!) of the Kia Picanto. These come from the good folks at Indian Autos Blog and show a left-hand-drive Picanto near the popular Marina beach, Chennai. 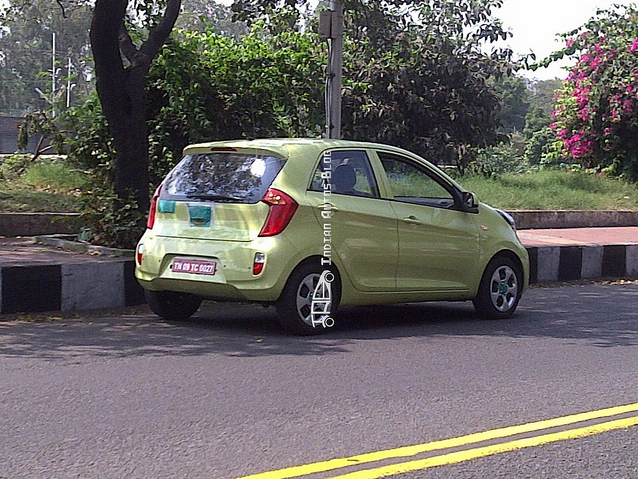