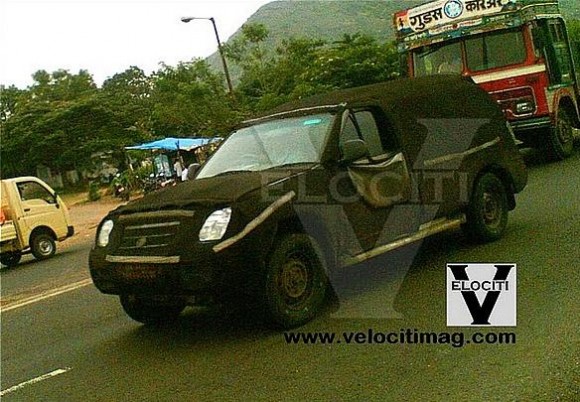 Seems like our indigenous automakers are on an SUV developing spree. Permier Rio, Mahindra’s new World SUV, Tata Aria (crossover) are a few examples, and the list just seems to be growing longer by the day. The latest indigenous automaker to join the SUV fest is Force Motors. Our friends at Velociti have caught the company’s SUV on the cam while testing under heavy camouflage. Going by its size, the new SUV sure seems like a heavily funded, ambitious project. Visually, it’s almost as enormous as a Tata Safari, and must have required big money to be seen in such a close-to-production state. 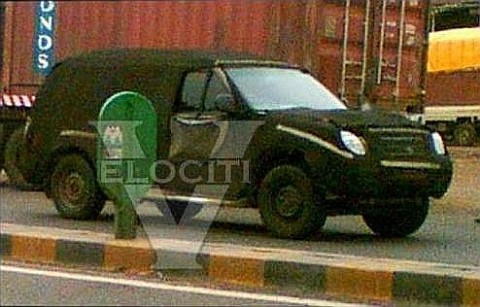 Expected to be launched Mid-2011, the new SUV will most likely be powered by a 2.2-litre direct injection diesel sourced from Mercedes Benz (yes, that’s where the company has been sourcing its engines from). The powerplant should be good for 150+ horses and close to 350Nm of torque.
Going by its size and the expected engine to propel it, we cannot think of the new SUV to be priced anywhere below the Rs l0 lakh mark. Although it’s still early days, we expect the new machine to be priced between 11 and 15 lakh on its launch. The car will be slightly more expensive than the Tata Safari / Mahindra Scorpio and will compete with upcoming products like the Mahindra World SUV and the Tata Aria. 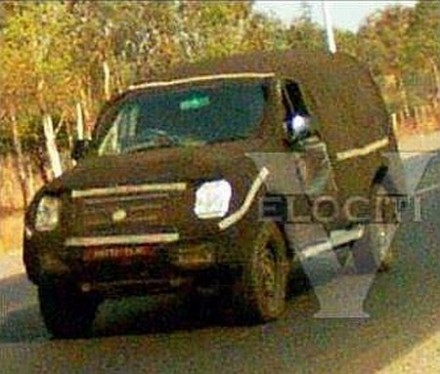 If Force Motors’ Gurkha that we tested long ago is a benchmark, then we shouldn’t expect much refinement and finesse from the new SUV. However, very few people know that Force Motors produces the best budget off-roaders in the country. We expect the new SUV to share some off-roading traits from its smaller sibling. And that may give a lot of 4×4 lovers a reason to rejoice!