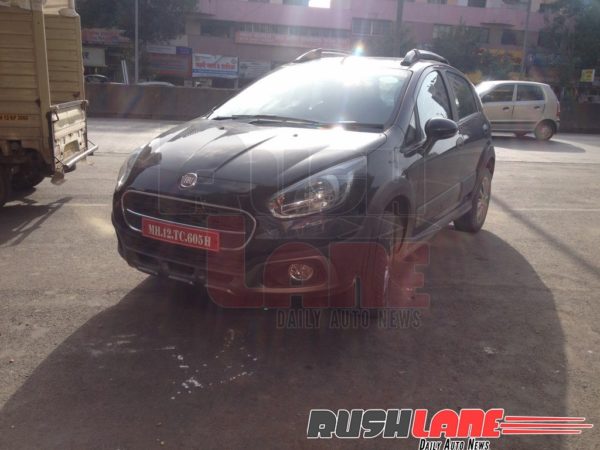 Test mules of the highly-anticipated Fiat Punto Abarth and Avventura T-Jet have been caught in Pune, sans any camouflage and spy images of the two have surfaced on the interweb. Amongst the two, the Abarth Punto comes with fancy red decals on the doors, splendidly machined alloy wheels and a ‘T-Jet’ moniker, so there’s no doubting this hot hatch for a regular Punto. The sportier Avventura on the other hand, doesn’t seem to be wearing any fancy dressing; though both the cars feature a more sporty-looking exhaust pipe. 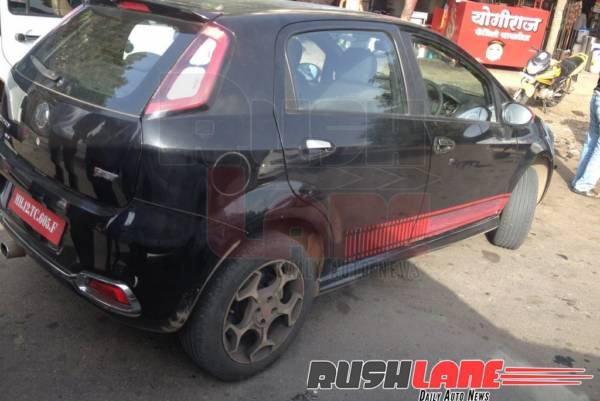 The Abarth Punto gets the unmistakable ‘Scorpion claw’ design alloys

The cabin of the Abarth Punto gets an all-black layout, whereas the Avventura T-Jet’s interior comes with a dual-tone dashboard that’s also supplemented by Alcantara. The latter also gets brown and beige seat upholstery that supposedly wears the ‘Avventura’ tag. Apart from these minor additions, the rest of the cabin features are to remain identical to the regular Punto Evo and Avventura. 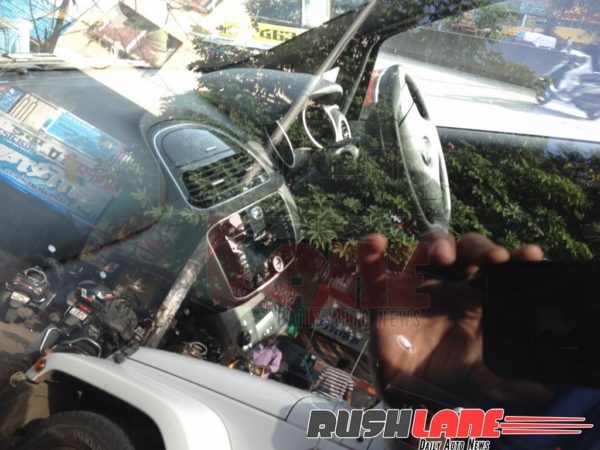 All-black interior of the Abarth Punto 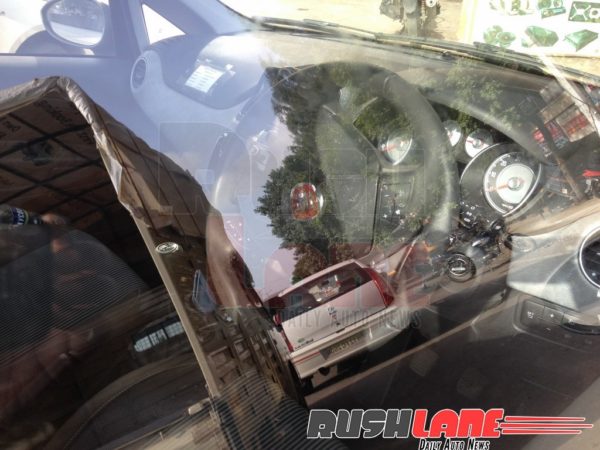 Dual-tone cabin of the Avventura T-Jet

The most exciting piece of kit of these two cars is to be found under the bonnet – a 1.4-litre turbocharged T-Jet petrol engine. This turbo petrol engine supposedly screws out a meaty 135 PS of maximum power and comes married to a 5-speed manual gearbox. Fiat has also beefed up the suspension of the two Abarth-mobiles to lend them a sportier ride and handling characteristic, and also fitted disc brakes on all four corners. The Fiat Abarth Punto and Avventura T-Jet are likely to be launched during the upcoming festive season, later in 2015.