The upcoming Fiat Avventura production version has been spied up close without any camouflage. Fiat had showcased the concept Avventura at the Auto Expo 2014 in Delhi this year.

The production version seen here in the image gets fog lights instead of the LED DRL’s seen on the concept version. The car retains the front end design from its concept avatar. 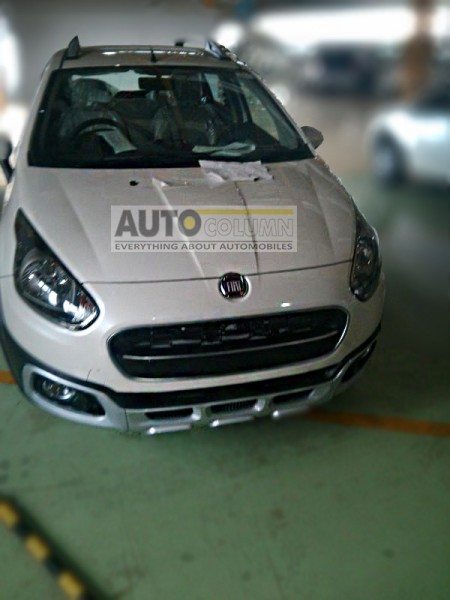 The Fiat Avventura India launch is expected to happen in the second half of this year. The Avventura is basically the same ‘B-CUV’ that Fiat talked about back when it unveiled its roadmap in December last year. As per Fiat, B-CUV stands for ‘Contemporary Urban Vehicle’ and unlike what many might think, it has nothing to do with ‘Crossover Utility Vehicle’. Powering the Fiat Avventura would be the same 1.3 litre Multijet diesel and 1.4 litre normally aspirated FIRE petrol engines that also do the duty in the Punto and Linea. 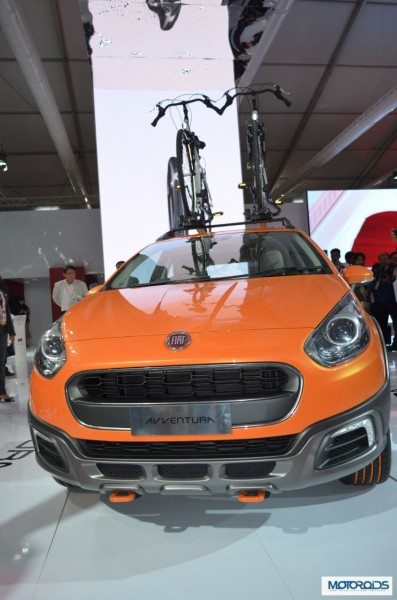 The new Fiat Avventura boasts of visual enhancements such as tail gate mounted spare wheel for a “macho” look. The Avventura will appeal those who require a SUVish car with the practicality of a hatchback. The Fiat Avventura will sport plastic body cladding and dual chrome exhausts. 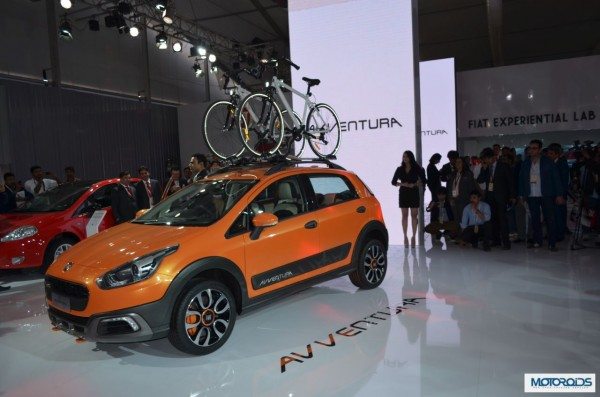 Also, upon its India launch, Fiat Group Automobiles India (FGAIPL), the Indian subsidiary of the Chrysler Group, will be exporting the Avventura to other right hand drive markets.(CLICK HERE TO READ OUR EARLIER REPORT) In the Indian market, the Avventura will be pitted against the Volkswagen Cross Polo and the newly launched Etios Cross from Toyota.

Stay tuned to Motoroids for more images and details of the new Fiat Avventura.