The upcoming new Tata Harrier, which will be based on the H5X concept, has been spotted with production-spec body. A camouflaged test mule of the SUV was spotted near Tata Motors’ plant in Pune, donning MH12 number plate.

The bodywork isn’t too different from the H5X concept and you can see the sleek fascia with LED DRLs and projector headlights that are placed on the bumper. Fog lights are placed below the projector headlights. The spy photographs also reveal the five-spoke alloy wheels along with flared wheel arches. The rear features a tail gate mounted roof-spoiler and LED headlights. The rear spoiler is accompanied by a tall-set stop light in the centre. 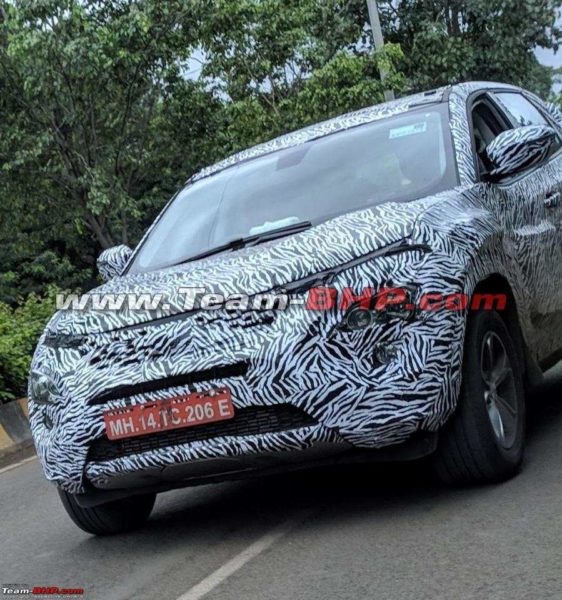 In July 2018, Tata Motors had officially announced the brand name for the production spec SUV based on the H5X concept, the  Harrier. Tata Motors’ is known to internally codename its products after birds and the H5X is no different. ‘Tata Harrier’ is the first vehicle to sport the ‘IMPACT Design 2.0’ philosophy. The SUV provides a glimpse of the future generation of Tata Motors vehicles in terms of styling, technology and performance capabilities. It is aimed to combine a robust architecture to the future facing design language. 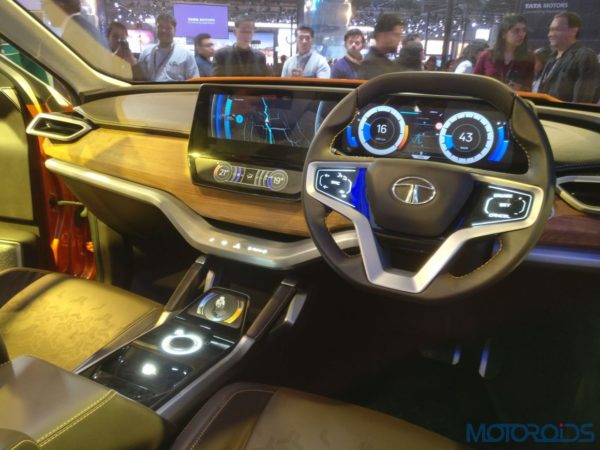 The 5-seater monocoque SUV is engineered on the new generation ‘Optimal Modular Efficient Global Advanced’ Architecture, which has been developed in collaboration with Jaguar Land Rover. This architecture is derived from the legendary Land Rover D8 architecture and is adapted to suit the Indian conditions by Tata Motors engineers.

Watch a detailed walkaround video of the Tata H5X Concept from the Auto Expo 2018:

Mechanical specifications are scarce at the moment although the upcoming Tata H5X SUV is expected to source power from a Fiat sourced 2.0-litre four cylinder engine. This 140 hp diesel motor is the same unit seen on one of it’s rival, the Jeep Compass. Apart from the manual gearbox, the SUV will reportedly use a Hyundai-sourced 6-speed Automatic Transmission.