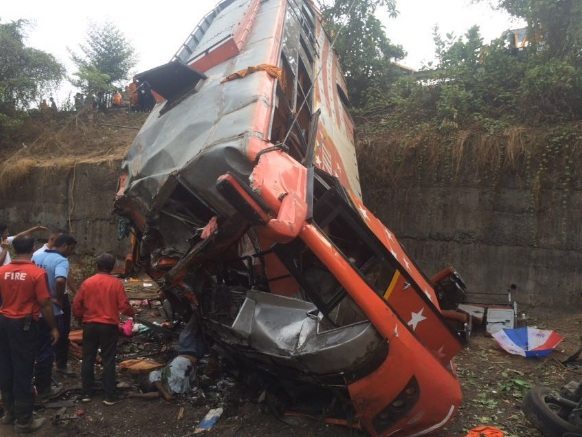 A major accident on the Mumbai-Pune Expressway claimed 17 lives including a six month old infant and injured more than 30 people. The incident occurred early on Sunday morning near Shedung, when a bus rammed into a stationary Maruti Suzuki Swift before hitting a Toyota Innova and taking it down a 20 feet gorge.

Reports suggest that the mishap took place when a Maruti Swift had allegedly stopped the vehicle on the extreme right lane of the expressway due to a flat tyre. As the driver was unable to change the tyre, he asked the occupants of the Toyota Innova for assistance. and they agreed to do so. 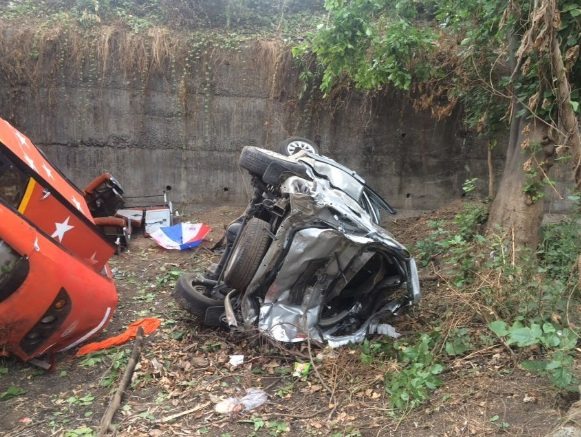 The Innova was parked ahead of the Swift as the occupants of the MPV came to help the latter. A speeding bus coming from Satara towards Mumbai then rammed into the vehicles as it was pitch dark during the wee hours. Reports suggest that the Swift had not switched on its hazard lights as they were not functioning.

The speeding bus, belonging to Nikhil travels, first hit the hatchback which ended up mangled on the divider while the bus dragged the Innova into a 20 feet gorge. The accident left 17 people dead while more than 30 people were injured. The victims were taken to MGM hospital in Panvel.