Home News Skoda launches the Yeti – All the details! 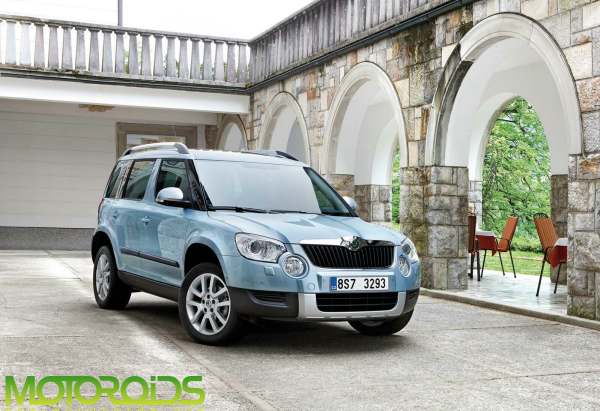 Skoda Auto India have launched their much awaited SUV, the Yeti in India. The Yeti is Skoda’s latest take on a lifestyle SUV which is as much at home while treading the well laid out city tarmac as it is comfortable splashing slush while making its way through the jungle. The Yeti is powered by a 2.0-litre TDI CR diesel engine, which also does duty on the Skoda Laura AT and the Superb luxury sedan. The diesel powerplant is a capable unit, churning out 140PS of power and 320Nm of impressive peak torque. The engine is slightly noisy at the start, with the diesel clatter of VW diesels, but smoothens considerably as it warms up. Known for its fuel efficiency and linear delivery of power and torque, this 2.0-litre diesel engine is one of the best diesel engines on any mainstream car in India. The engine delivers an ARAI certified fuel efficiency of around 17.67 kpl which is fairly good for such a big unit.

The diesel unit favourably suited for Indian conditions is mated with a 6-speed manual transmission system that transfers power to all four wheels. The fourth-generation Haldex Traction multi-plate clutch executes this task. In normal conditions, this system sends around 95 percent of the power to the front wheels, and can deliver upto 90 percent of the power to the rear wheels when it detects lack of traction.

The Yeti is available in two variants – Ambiente (base version) and Elegance (top of the line). Even the base variant comes with leather upholstery and an eight speaker music system as standard. The Elegance version gets a 12-speaker, six CD changer Bolero audio unit with touch screen.  The Elegance variant also gets Climate Control and steering mounted controls. Reverse parking sensors are standard in both variant, however, the elegance variant gets parking sensors for the front as well. The Yeti employs a very flexible cabin, where the space within can be used to seat five people in comfort, or drop down all the seats to make space for luggage. You have the option to either drop the rear seats, or completely remove them for even more luggage space. The Ambiente variant gets two airbags as standard, while the airbags count for the Elegance version goes up to 6.
The Yeti draws its name from the legendary snowman of the Himalayas, known for its capability to survive in the worst climatic conditions imaginable. It’ll be a capable on and off roader, though we are not sure how much its radical looks will appeal to the Indian customer. The price for this latest crossover in the field is Rs 14.98 / Rs 16.18 Lakh for the Ambiente and Elegance variants respectively, Ex-Mumbai.