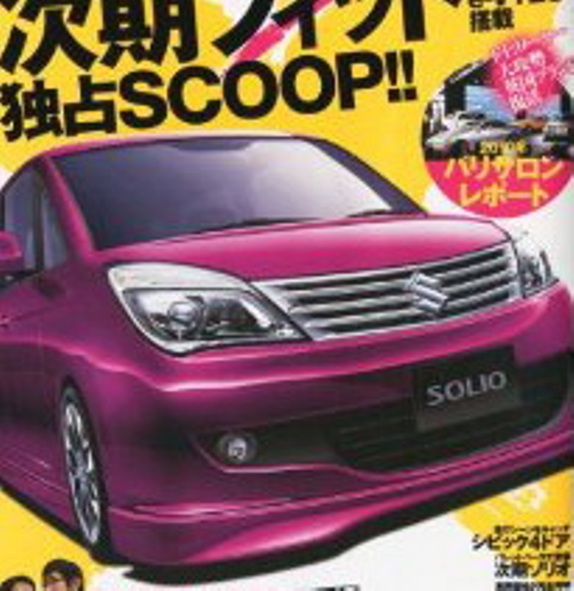 This news comes as a surprise to us. It’s not been long since Maruti Suzuki gave us the Blue Eyed Boy AKA the new Wagon R. However, if the reports from Autoten are to be believed, the Japanese company has already started working on the 2012 version of the car. The new Wagon R, or the Solio in some markets, will be based on the new Swift Platform, and will be a bigger, and better car than the current version. Although the website also reports that the car, in its current form in meant exclusively for the Japanese market, at least for now.

Codenamed YK8, the new car’s dimensions will be 3750, 1685, 1660 ( LxWxH ), with a wheelbase of 2430mm. Although the new car will still be a tall-boy design, it will shed some of its angular and boxy design in favour of subtle curves. To start with, the squarish headlamp will be replaced with a somewhat teardrop shaped unit. A huge front air dam will lend some brawn to the face, and the car will ride on 15 inch alloy wheels. Overall the car will have a slightly more dynamic look than the current squarish lines.
A longer wheelbase, and a better design means that cabin space will be substantially better than the current version. The car will share its engine with the Swift 1.2 K-series mill. There will also be a CVT transmission system available for a hassle free city driving experience.
The car will be launched in Japan in February 2010.