Skoda Auto has released a teaser video of the Vision IN Concept SUV which will spawn into their first made for India mid-SUV later this year. The concept study, which is specifically developed for the Indian market, will feature accents with illuminated crystalline elements and among other things, a Skoda grille with prominent twin ribs outlined in crystal. The 4.26-metre-long (approximately) concept study will preview the mid-size SUV, designed especially for the Indian market, at the Auto Expo 2020 in New Delhi (5 to 12 February). Mass production of this new Skoda will begin in 2020-21.

The twin ribs and the Skoda logo above them can be illuminated, in tandem with split LED headlights. Crystalline elements also set visual accents in the interior of the Vision IN, for example on the gear selector button in the centre console, under the virtual cockpit and in the form of a new crystalline element on the dashboard. The seat covers have decorative seams, and the multifunction leather steering wheel features the knurl wheels in line with Skoda’s new operating concept. 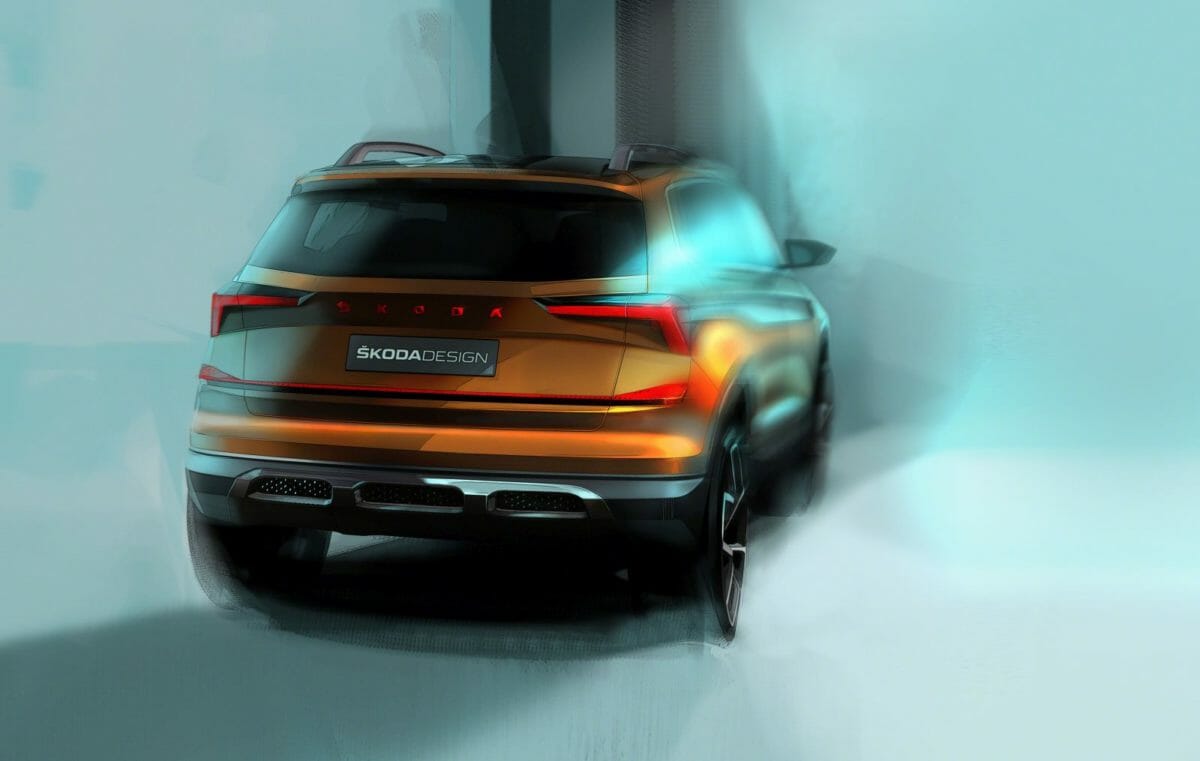 The Vision IN is the first vehicle to be based on the MQB-A0-IN version of the modular transverse platform that Skoda has developed specifically for India in response to the wishes of its customers in the region. In the future, various Skoda and Volkswagen models will be created on this new localised sub-compact platform. This very platform will also form the base for the Volkswagen A0 SUV.

Prior to this, Skoda had shared a sketch of the interior, where a large infotainment screen takes centre stage and is flanked by a digital display (virtual cockpit in Skoda lingo) which sits behind a sporty steering wheel. The dashboard design includes a large central panel which dips in the centre and overall, usage of contrasting colours and contemporary design for various bits present a modern picture. Upon launch, we expect this new Skoda to compete against the likes of the Creta, the Seltos, the Harrier, the Hector and the new Mahindra XUV500