Now this idea is something that would probably be a billion light years away from the brand it’s being linked to. But then Swedish designer Daniel Gunnarsson thinks otherwise with his creation that comes nothing less than an electric shock. The Royal Enfield Pioneer Electric Concept (yes- we said Royal Enfield), is Daniel’s futuristic vision of a non combustion motorcycle that boasts of a sixth sense. With future-tech features such as self balancing and autonomous riding mode would avail the pleasure of motorcycling to even an inexperienced rider. 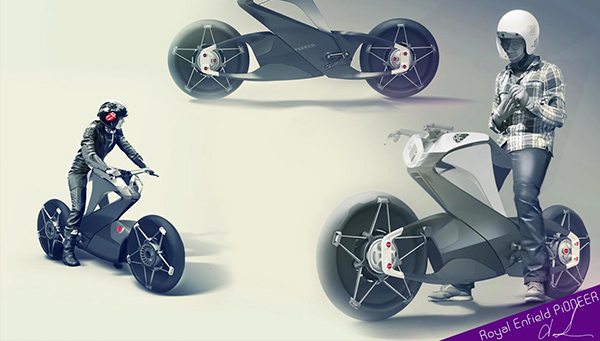 Daniel says that despite the futuristic appeal of the Royal Enfield Pioneer Electric Concept, it still retains the attributes of a regular motorcycle. He says “By using self balancing technology and an autonomous mode it will let the unexperienced rider experience real motorcycle riding. By reversing this mode the motorcycle will work as a little devil on the shoulder of an experienced rider. The balancing technology will work as an effective course stability, grip and brake system. So this motorcycle is also about promoting motorcycle riding, always reaching new goals and continues evolving of yourself. 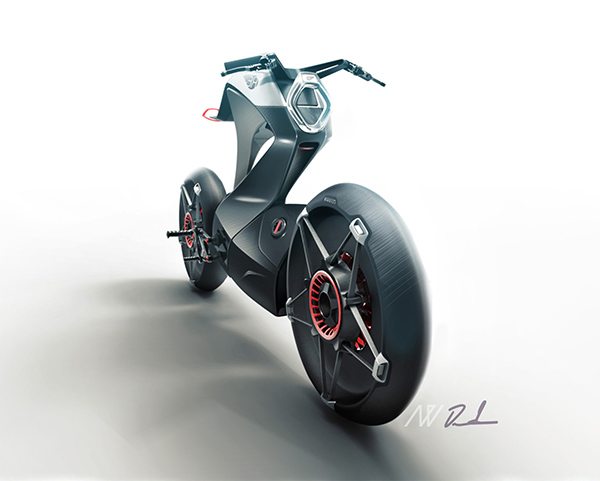 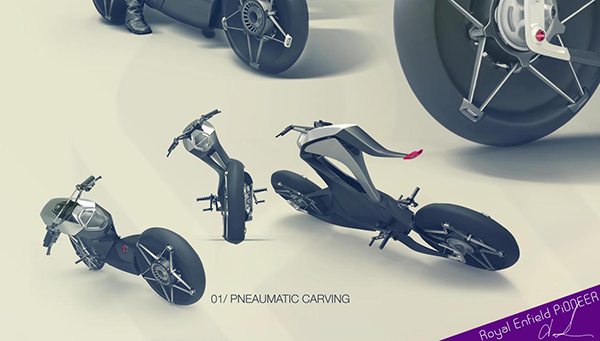 Though the sight of a Royal Enfield badge on this space-age motorcycle may be hard to digest, but we’re taking nothing away from Daniel’s creativity in designing this concept. Considering the fact that Daniel’s Electric Concept would be a zero-decibel ride, he could probably incorporate a set of speakers which would mimic that traditional Royal Enfield Thump! Not at bad idea huh! Do give a thought to our suggestion Daniel!