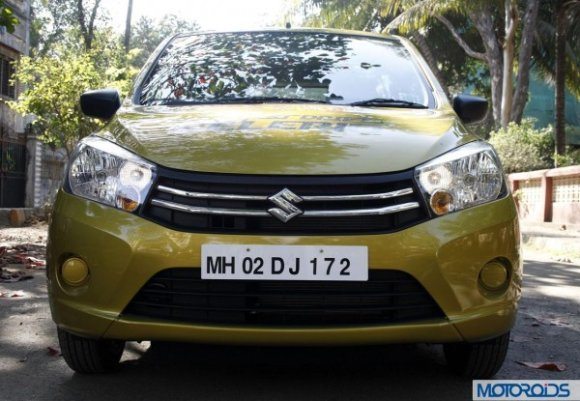 We have already reported in great detail about the recently launched and highly publicized Maruti Suzuki Celerio hatchback, which replaces the AStar and the Estilo in our rapidly growing car market.

It has now emerged that the latest hatchback from the king of small cars in India, still in the very beginning of its career, has managed to garner a booking order of as much as 14,000 in a matter of just 2 weeks! Only some days back, it emerged that Celerio bookings in India are growing in India at a rate of 1000 per day and hence, it comes not as a surprise that the latest small car from MSIL has managed to post a stellar booking number in a short span of time. Currently, the trend of bookings being made for Celerio is favouring the AMT variant, with little more than half the total number of bookings being for the Automated Transmission Variant. The AMT variant is being offered in two trim levels- LXi and VXi.

Mr. R.C. Bhargava, Chairman at Maruti Suzuki India Ltd, has said that the unprecedented response to the AMT variant might lead to a waiting period, as the manufacturer might have to face issues with importing large number of AMT units. It may be noted that it will be only next year, when MSIL will commence local production of AMT.

The new Maruti Suzuki Celerio is powered by a re-tuned variant of the same 1.0 litre, three cylinder, K10 petrol engine that can be found under the hood of now defunct Estilo and AStar. This is is the same engine that also powers the WagonR and the Alto K10. For the Celerio, the engine has been re-tuned in favour of better performance and higher fuel mileage. Apart from the AMT variant, MSIL is also offering the car with a conventional five speed gearbox. The car has an ARAI certified fuel efficiency of 23.1 kmpl for both manual and AMT variants.

Stay tuned to Motoroids for more updates on the Maruti Suzuki Celerio, which might very well become the next big thing in the world of small cars! 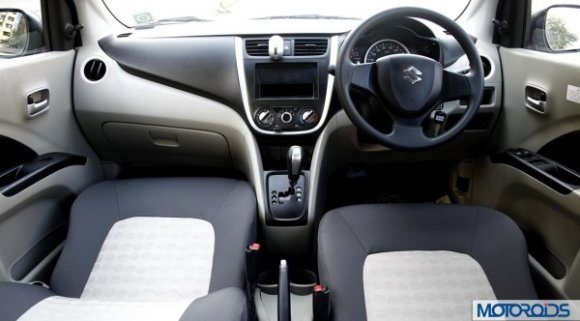