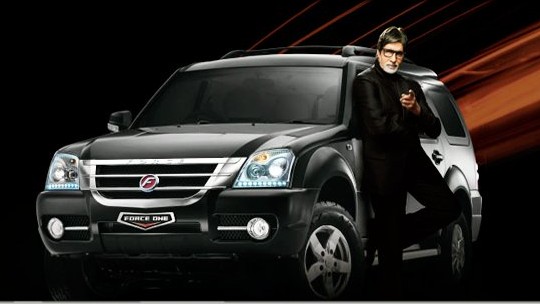 Force Motors’s first TVC with Amitabh Bachchan has been shot, and will soon be aired nationally. While we’re excited about how the video turns out, the company hasn’t yet provided us the clip to be shared with you. Only a press release, and here’s what it reads.

“Force Motors will soon be airing TVCs featuring Amitabh Bachchan, the official brand ambassador for he SUV. The first part of TVC was shot at ND Studios, Karjat in Maharashtra and second part will be shot in Rajasthan.

The TVC has been conceptualized and created by well know creative agency Lowe. This TVC is been directed by Oscar winner and internationally acclaimed director “Shekar Kapur”. Creative team behind this campaign is a multi talented and experienced crew from the entertainment industry. Director of Photography Mr. Mohanan has worked on successful advertising campaigns like Incredible India, Tata Safari, Reid and Taylor, Bajaj Avenger.