Honda has unveiled the second generation of its hatchback, the Brio at the 2018 Gaikindo Indonesia International Auto Show (GIIAS) in Jakarta. The new 2019 Honda Brio was designed by Honda’s R&D Pacific Centre in Thailand. The second generation of the hatchback is based on the car maker’s Small RS Concept which was showcased earlier this year.

The hatchback, in its latest form, gets a makeover, and a sporty variant. The Honda Brio was showcased in two variants at the motoring event – Brio standard and Brio RS. While the RS version may not come to India, we may see the standard variant enter the premium hatchback market. Similar to the previous generation model, the new 2019 Brio shares its design with new Honda Amaze compact sedan, sans the boot. The new model also grows in size as it now features more length, width and height over the outgoing version. 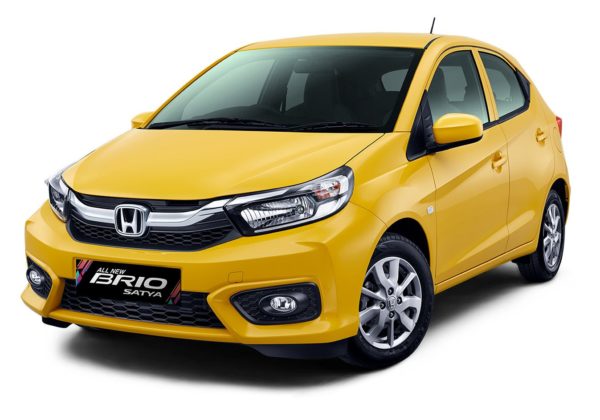 Upfront, the new 2019 Honda Brio gets a revised fascia with new headlights and LED DRLs, while retaining the grille (a chrome unit for the standard version/black for the RS variant) and front bumper design. But a bigger update is at the rear where the new generation Honda Brio gets a proper tail-gate instead of the glass back. Apart from the new tail gate, the new Brio also gets LED tail lights and a revised rear bumper.

The RS model gets a sporty exterior, featuring a black front grille with RS emblem, spoiler tailgate with a high mount stop LED light, black roof, side under spoiler and 15-inch alloy wheels. 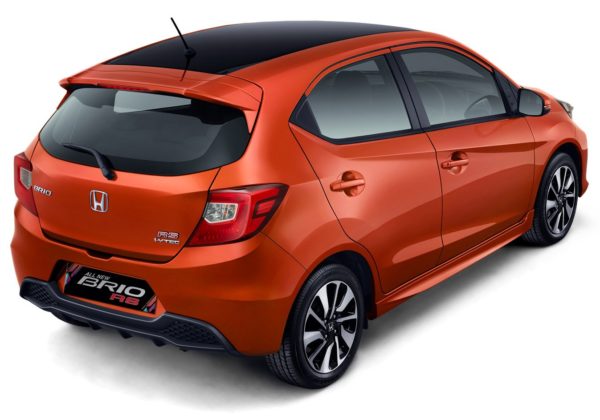 The interiors of the Indonesia spec 2019 Honda Brio are rather simple. Details about the interior of the India spec model are unavailable although the hatchback is expected to share the design with the new Amaze sedan. So we may see the Digipad 2.0 Touchscreen Infotainment system with Blue Tooth Audio, Apple CarPlay and Android Auto and rear camera display, multi-functional Steering wheel with audio, voice command, hands free and cruise control.

Check out the video review of the new Honda Amaze below

Mechanical specifications on the Indonesia spec model include a 1.2 i-VTEC engine. The India spec Honda Amaze features the same engine which is tuned to deliver 90PS of power @6000 rpm and 110 Nm of peak torque @ 4800 rpm. The engine is available with a choice of five-speed manual or a CVT gearbox.

The India launch details are scarce at the moment. We’ll keep you posted with more updates as and when they’re available. Meanwhile, check out a detailed image gallery of the 2019 Honda Brio (standard and RS) below: