CLICK HERE for earlier sighting of RC390 in India 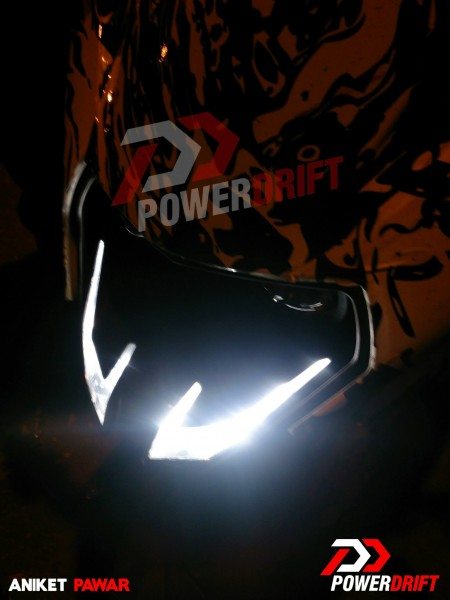 As already known, the KTM RC 390 is a faired version of the 390 Duke, but with a new tune and ergonomics. It is expected the India spec KTM RC 390 will churn out 43 bhp. The bike is expected to carry enough deviations to justify the RC (Race Competition) moniker. Along with having a fairing-mounted windshield, the bike will also feature clip-on handlebars and split seats. The fairing houses a set of twin projector headlamps seen here in the images, with daytime running lights (DRL). 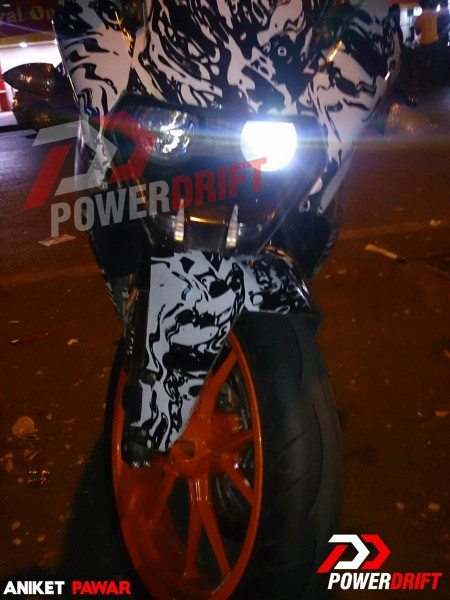 Also, according to reports, the RC 390, when compared to the naked 390 Duke, could sport a stiffer suspension setup, which will improve the handling of this track oriented machine. The RC was expected to be showcased at the Auto Expo 2014 last month, and we were disappointed with their absence at the Expo. 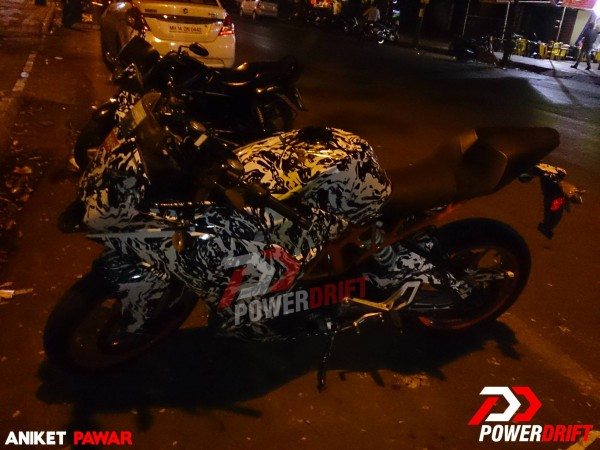 Stefan Pierer, President and CEO, KTM Sportmotorcycle AG, at the Auto Expo, said,  “We are a fast-growing company, not only with our products, but also with the joint products of Bajaj Auto out of India. We had a record year in 2013. We expect to carry forward the momentum with our full-faired RC motorcycles this year as well. The Indian market is so big; it is expected to be the biggest market in the next couple of years as we are eyeing sales of 50,000 units.” 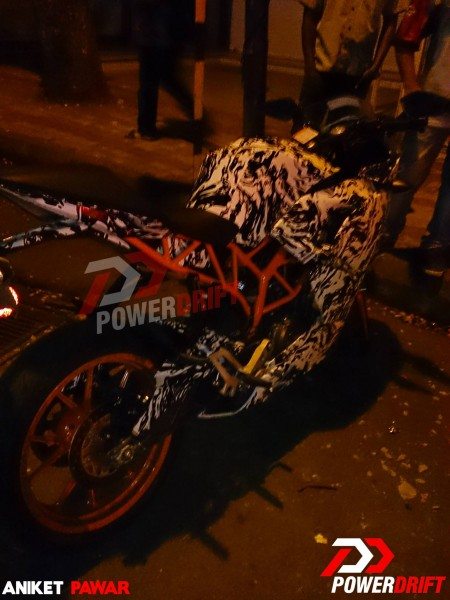 Stay tuned to Motoroids for more updates on the KTM RC 390 India launch and other details.