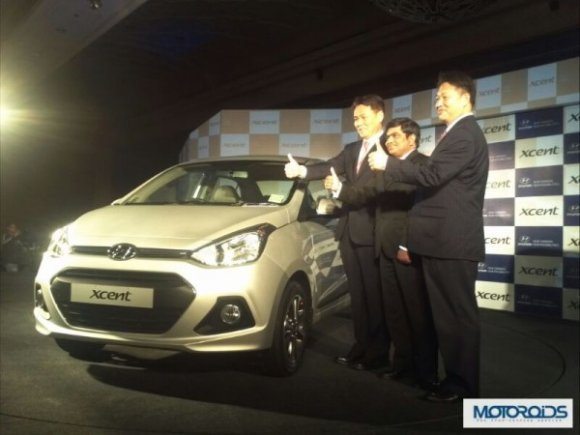 As we have been saying, the new Hyundai Xcent compact sedan is basically a Grand i10 plus a boot. The new car is to the donor model what the Dzire is to the Swift and the Amaze is to the Brio. The new Hyundai Xcent measures less than 4 metres in length and hence, benefits from the excise duty relaxations being provided by the Government of India to such models. All this means that the car has good chances of having an ultra competitive price tag.

Talking about the car’s design, the Xcent looks exactly the same as the hatchback sibling when viewed front-on. Even when seen in profile, it is clearly evident that the doors and most other panels have been carried over. At the rear though, the car has a boot that has been integrated rather neatly into the C piller. On the inside, the car uses similar styling and arrangement from the Grand i10 hatchback. 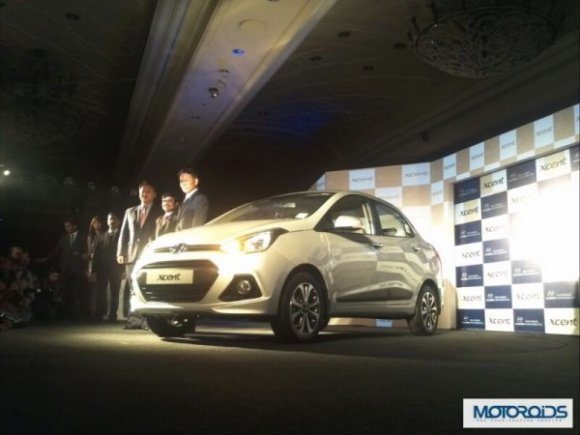 Following are the key features and equipment of the new Hyundai Xcent compact sedan:

Mechanically, the Xcent compact sedan continues to the same as the new Grand i10 hatchback. This means that the car gets the 1.2-liter Kappa2 four cylinder petrol engine and a 1.1-liter U2 three cylinder diesel motor, both of which power the hatchback sibling. These engines will come mated to a 5 speed manual transmission for both the petrol and the diesel motor. The petrol mill will also be offered with an automatic ‘box.