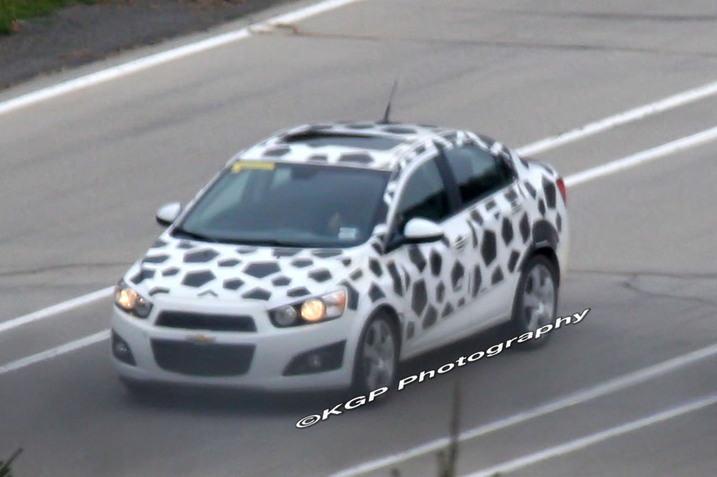 The spy photographers at KGP have caught the 2012 Chevrolet Aveo sedan on test with a rather revealing camouflage. While the aggressive headlights are similar to the 2012 Aveo U-VA recently unveiled in Paris, we absolutely hate the large taillights on the stubby little boot. The Aveo sedan will be powered by a 1.4-litre petrol engine producing 115PS and a 1.3-litre diesel engine producing 95PS, when it goes on sale in India later next year. The 1.3-litre diesel is said to be a derivative of the FIAT Multijet engine that powers the current Linea sedan in India. The 1.4-litre petrol and the 1.3-litre diesel mills will be produced at the new engine plant setup by GM near Chakan. Since the Aveo U-VA is already launched in Korea, we expect the sedan to make its debut by Q1 2011. The test mules caught here look very close to production and seem to be undergoing final tests. We expect the two cars to hit Chevrolet showrooms in India by mid-2011.