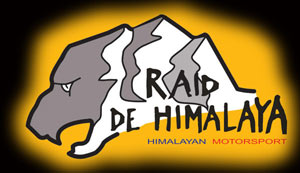 The 12th Maruti Suzuki Raid-de-Himalaya, one of India’s most treacherous motorsport events, concluded over the weekend with Suresh Rana from Kullu and co-driver Ashwin Naik from Mangalore who also co-drives for Red Rooster Racing in the INRC winning the 2010 round in the X-Treme 4 wheeler category. They were driving a Maruti Gypsy specially prepared and serviced by Red Rooster Performance. Following them in second place was Capt. Sameer Pande from New Delhi & co-driver Honey Narula from Panchkula.

Among bikers, Ashish S Moudghil riding a Yamaha WR450 for Team Red Rooster Racing came first with Gurinder Singh, an NRI from Canada, finishing second on his KTM 450 EXC. Stefan Rosner and Klaudia Honeder of Rally Team Austria stood third and fourth, respectively. Moudghil was ahead of Suresh Rana by ten minutes. Rally officials say bikers often overtake the four-wheelers, since they take lesser space to cut a curve on the treacherous mountain roads. Rana, on the other hand, was ahead of his nearest competitor Sameer Pandey by 13 minutes. Harpreet Bawa was third and Randeep Miglani fourth in X-Treme 4 wheeler category.

“I am extremely grateful to the Managing Director of my team, Mr. Dinesh Reddy, because of whom I was able to ride a foreign bike for the first time. My bike performed to the max. The performance of my bike was even more than I could actually handle,” said a delighted Moudghil.