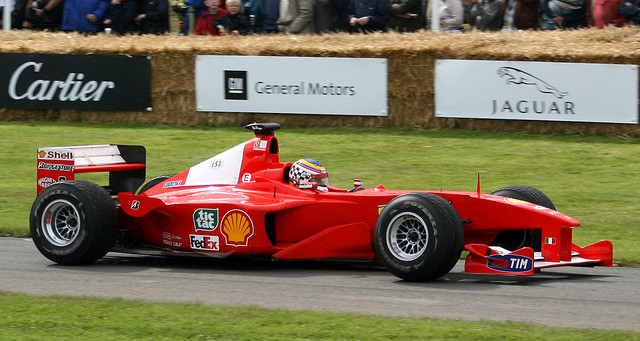 Popular auctioning house- RM Auctions recently announced that Michael Schumacher’s 2000 World Champion winning car will be auctioned in Monaco next month. RM feels that this will be the most interesting car to be auctioned next month. The F1-2000 model has chassis no. 204 and is one of the only eight Formula 1 cars Ferrari made for that season. This F1 car was acquired by some private collector in 2006 and the car was later restored in 2008 at the Ferrari’s Maranello factory. The restoration cost for the car came out to be about 150, 000 euros and the car is now fully functional.

Other Ferrari cars to be auctioned at RM next month will be a 1957 Ferrari 625 TRC, this car being one of the two models ever made, a Ferrari 206 S Dino Spyder and a Ferrari 250 GT Lusso Berlinetta. The auction is going to be held in Monaco, at the Grimaldi Forum, on the 11th and 12th May.