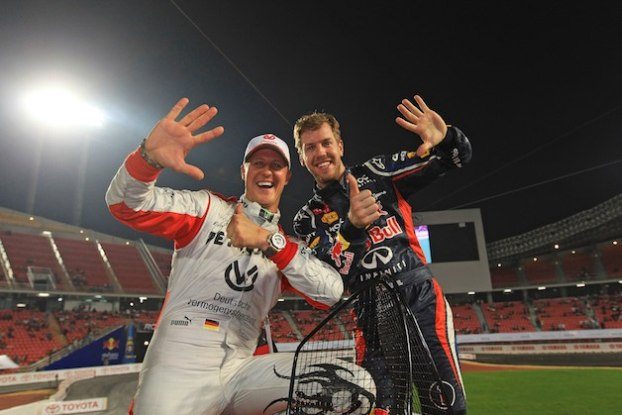 The annual Race of the Champions  has always been picking out the ultimate drivers from the world of Motorsports.

F1 or WRC? With such events being so diverse in nature, it sure is a Herculean task to pick out the ultimate racer.

This year again, the Race of the Champion brought many specialists together and timed them all to select the best from the best.

At the 2012 Race of Champions, Sebastian Vettel and Michael Schumacher have defeated Romain Grosjean and Sebastien Ogier to take the Nations Cup to Germany for the sixth year in a row.

Watch out for this space to see who’s crowned the Champion of Champions during individual events!