Home KTM Rumour Factory : Is this the upcoming 2018 KTM 390 Adventure?

The KTM 390 Adventure is probably one of the most awaited products in the entry level adventure/enduro motorcycle segment and this might be the very first glance of the upcoming offering from the Austrian manufacturer. The folks at motoring portal Cycle World recently spotted a KTM test mule which they claim is the upcoming 390 Adventure. Now contrary to the earlier reports which stated that the 390 Adventure will share various components with the new 2017 KTM 390 Duke, the test mule donned completely different hardware. The swingarm too was a lot beefier than the unit seen on the Duke/RC series of entry segment motorcycles. 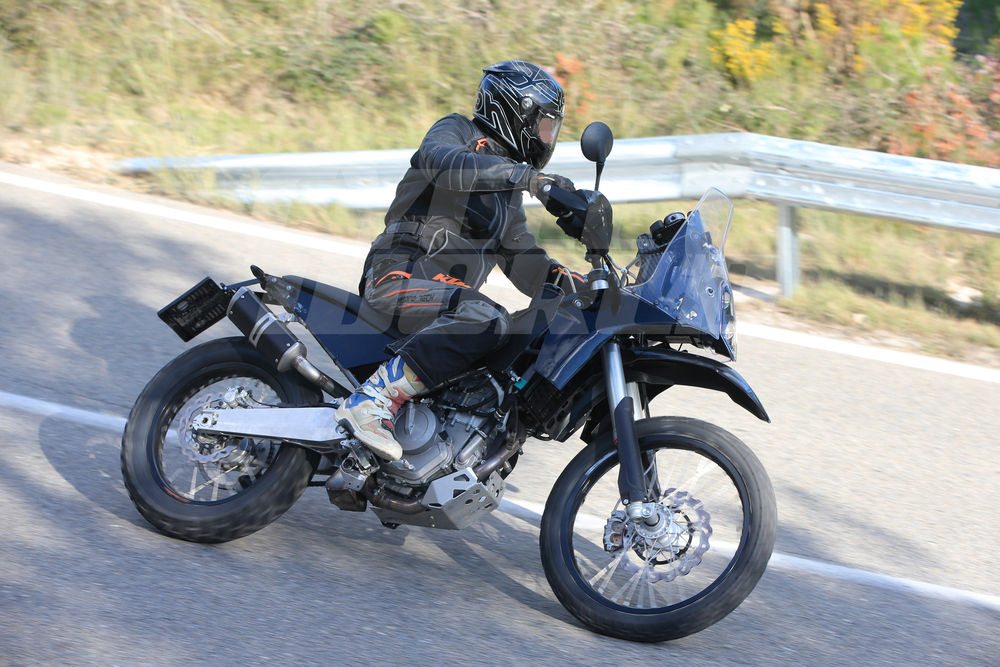 We do have our apprehensions as the motor on the test mule looks nothing like the 375cc liquid cooled engine that propels the new 2017 390 Duke and the RC390 but the source report states that it’s just a different casing. That being said, the exhaust canister which resembles the unit on the new Euro IV compliant 390 Duke and RC390 is kind of a giveaway that this is indeed KTM’s entry-level displacement model. 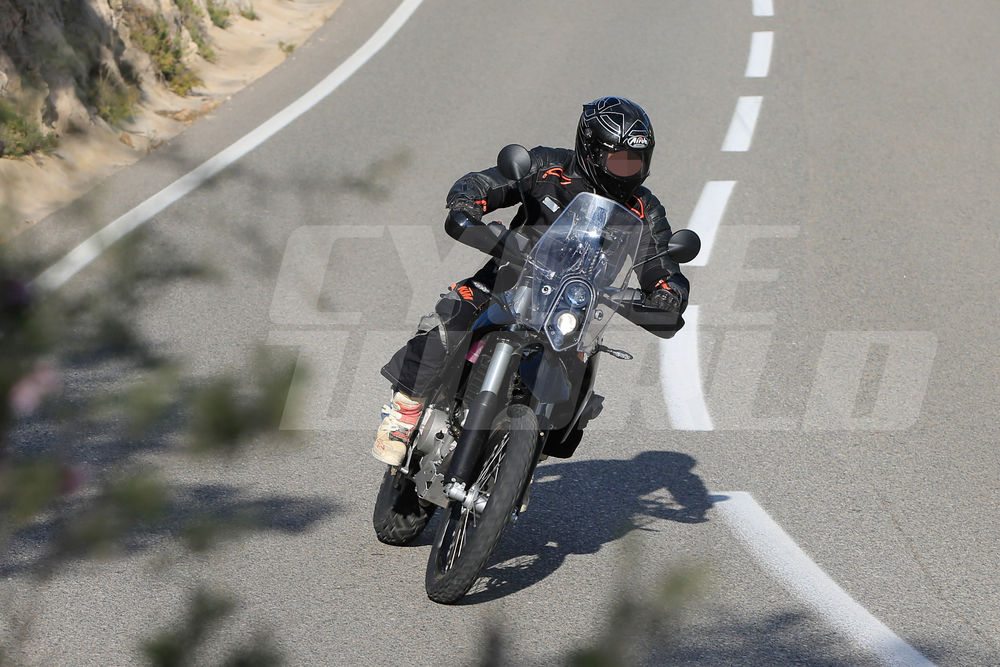 The test mule, as seen in the spy images, dons some serious off-road hardware which includes a long travel front suspension, a metal bash plate, wire-spoked wheels with different diameters on both ends — possibly a 21-inch unit upfront and a 18-inch unit at the rear — wrapped in knobby set of tyres, knuckle guards and a tall set exhaust. While the aforementioned equipment will take care of the off-roading department, the semi-fairing with tall windscreen will offer solace against the windblasts at high speeds on arrow straight roads. 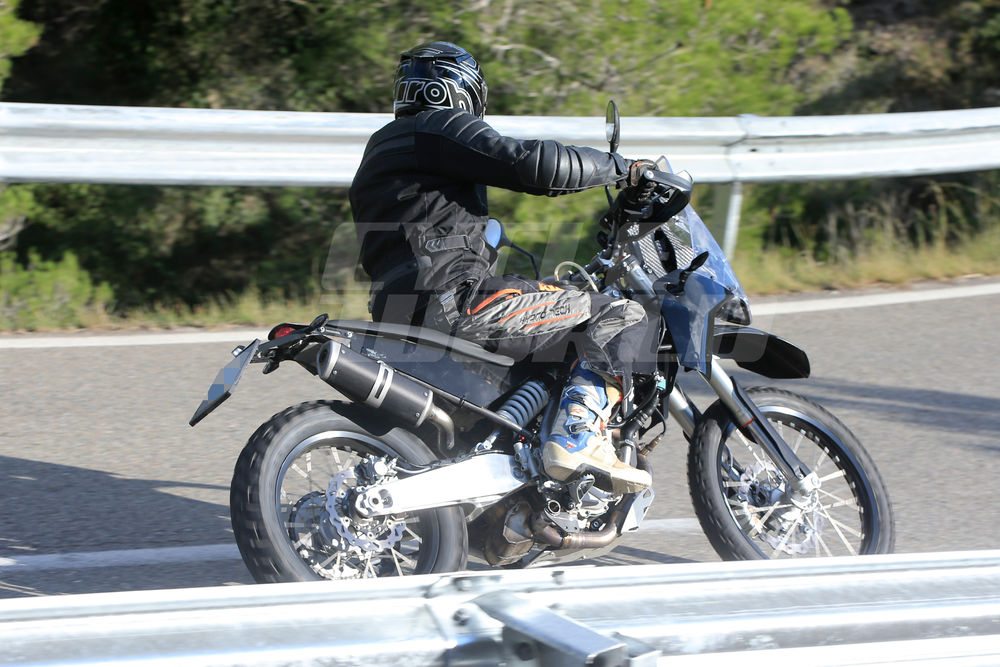 The test mule, as the source report suggests, carries a Brembo braking setup but we expect to see a Brembo-developed ByBre branded caliper providing the stopping power.

While the details are limited at the moment, we believe that the upcoming adventure tourer will also don the long feature list from the 2017 390 Duke which will include the ride-by-wire throttle, switchable ABS and a full-colour TFT digital instrument cluster with optional MY RIDE multimedia interface for smartphone integration. Illumination duties on the test mule were performed by a pair of projector headlights but the production version may don a LED setup. 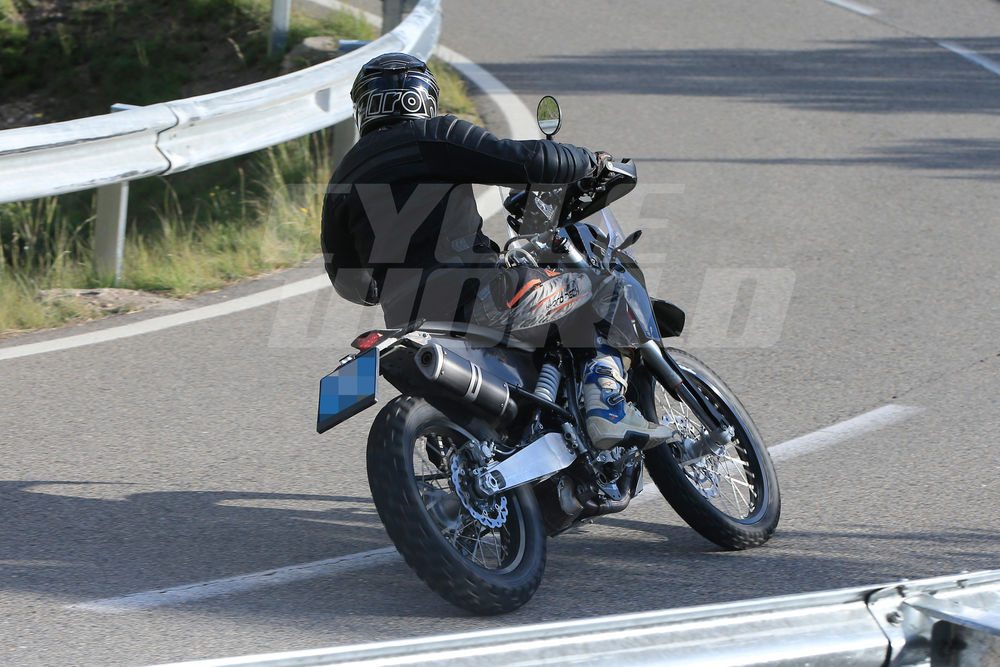 The adventure tourer is expected to draw power from the Euro IV compliant 373.2cc, single cylinder, liquid-cooled, fuel injected engine that is likely to deliver 40 PS of power and 32 Nm of torque. The gearing might be revised for better low-end torque too. 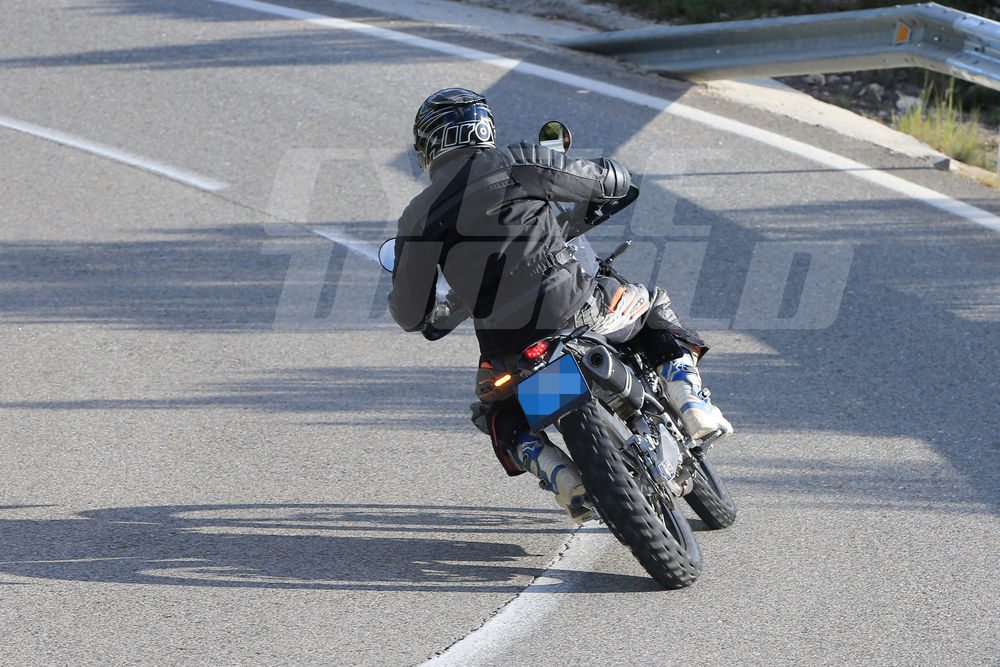 The motorcycle is still far from being production ready and we may see the final product — or at least a prototype — at the 2017 EICMA motorcycle show. We expect that the motorcycle will be produced at Bajaj’s Chakan plant alongside the Duke and RC series which will help the manufacturer launch the product at highly competitive prices. The motorcycle will benefit from KTM’s vast experience from the Dakar Rally Championship and will definitely be a potent product in the entry-level adventure motorcycle segment.