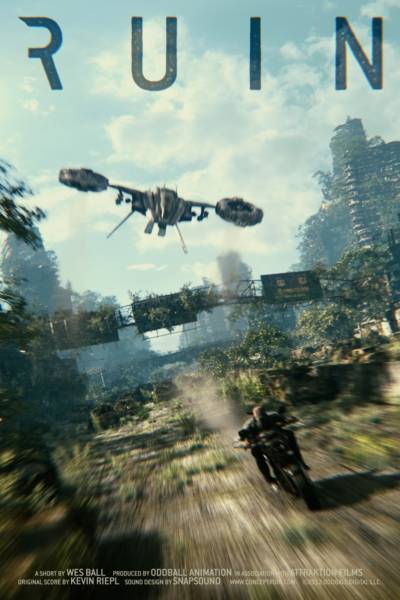 For automotive aficionados, there’s nothing on the big or small small screen that comes close to a motorcycle chase in terms of sheer adrenalin and excitement. MotoGP, while set in the real world and employing the world’s best racers that we can all root and cheer aloud for, doesn’t quite convey that thrill and sense of danger that comes from watching a motorcycle doing insanely high-speeds. Perhaps it is the presence of barricades, sand traps, and gravel run-off areas, but watching MotoGP on a Sunday afternoon doesn’t quite convey the danger and realism that some of us crave for. Run on public roads, the Isle of Man TT is more like it. Whizzing past shrubs, dividers and telephone poles at speeds well in excess of 320 kmph, imminent death lurks behind every turn at this annual race.

But for sheer escapist entertainment, we have to turn to the world of make believe, the made-up world of cinema where camera effects and multi-million dollar VFX wizardry make our wildest dreams come true. It is still sad though, that very few feature films have properly captured the speed and thrill of a high speed motorcycle chase despite their technological prowess. And we’re not talking documentaries like the excellent Faster series, the IOM TT3D or the Moto series on off-road bikes.

Until now. A filmmaker by the name of Wes ball has written and directed a short film called Ruin which is basically just an excuse to show off the best motorcycle chase we have ever seen. Produced by Oddball Animation, the film, set in a dystopian future, depicts a protagonist with a cap that surely must have been glued to his head with some industrial strength adhesive. Our hero gets chased by a drone helicopter, setting the scene for some very incredible camera work and a whole lot of sci-fi stunts on his digital Yamaha MT-01. Our only grouse here is that you twist the throttle with the right hand, not the left one, but the eight-minute short is so breathtaking that it is easily overlooked. Ruin is so well done that you almost feel sad when it is over.

A little Internet sleuthing revealed that big studios have deservedly seen Ruin and have given the director a proper film and budget to give free rein to his imagination. If this is what Wes ball can come up with on a shoestring budget, we can’t wait to see what he does now.