According to some reports, Royal Enfield is developing a brand new 650 cc motorcycle which will be a Scrambler by design. With the growing trend of scrambler bikes recently in premium as well as mass-market segments, Royal Enfield is planning to grab a pie of the new market trend. The report suggests that a scrambler model is part of a long term strategy by Royal Enfield and will be built on the same platform as the company’s successful 650cc twin engine as seen in the Interceptor and Continental GT.

As many as three new products, the Scrambler 650 and two yet to be identified, are expected to be in the pipeline for debut along the course of this year or early next year. The 650 cc twins have been immensely successful with over 25,000 units of the Interceptor and Continental GT sold since their entry into the Indian market in November 2018. Out of these, 20,000 were sold in the last fiscal year itself. Therefore, it makes sense that Royal Enfield digs deep into this segment. 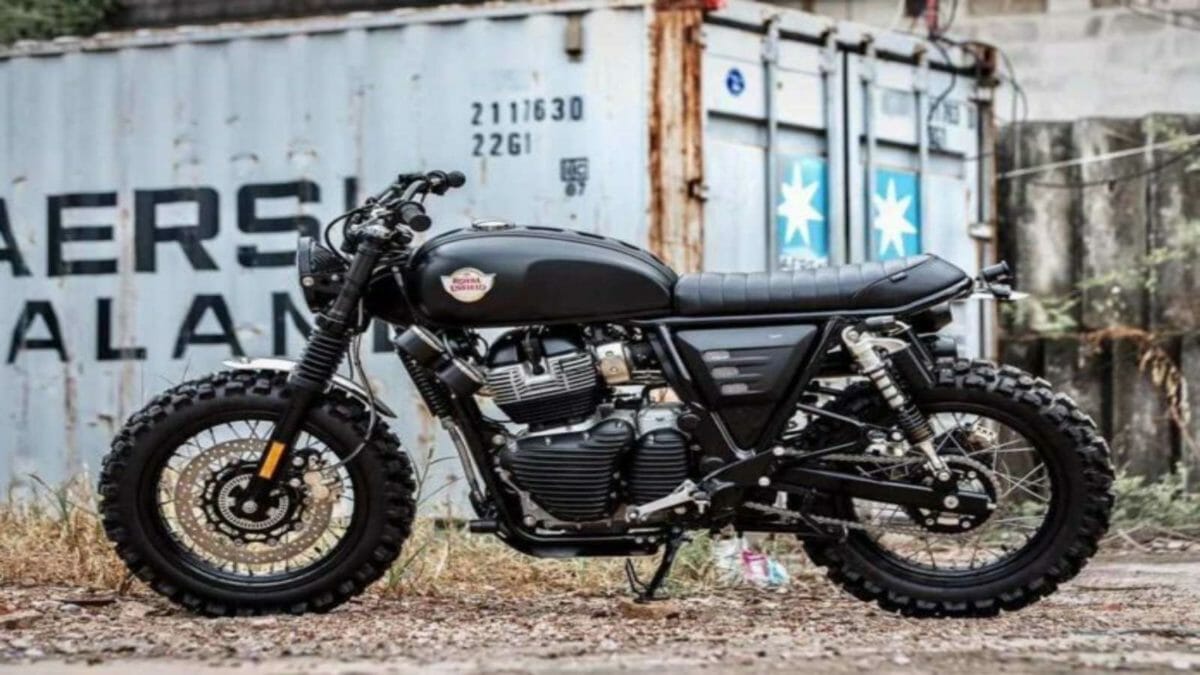 The Scrambler 650 will be added to the high-end portfolio of the bike maker. It is expected to come equipped with modern features and styling which would attract the younger audience. The 650 cc twins had brought in fresh appeal in terms of design and that is what will be expected of the new Scrambler. To remain trendy it’ll probably have short mudguards and sub-frame, retro-style off-road bars, some neat matt finishes and the obligatory knobbly tyres.

Also READ: Neev Motorcycles’ ‘Tamraj’ Is A Royal Enfield 650 With Loads Of Attitude

If the Scrambler indeed uses the 650 cc twin powertrain, it will produce around 50 bhp and 50 Nm of torque. Considering the pricing of the other two Royal Enfield 650cc bikes, the new scrambler is likely to be more affordable than the competition, which is largely in the premium space. The BS6 versions of the Interceptor 650 and Continental GT 650 are priced at Rs. 2.64 lakh and Rs. 2.80 lakh (ex-showroom, Mumbai) respectively. Expect the Scrambler 650 to cost around Rs. 3.2-3.3 lakh (ex-showroom) assuming it has more features on-board in terms of rider assistance.

In the meanwhile, Royal Enfield has been working on the development of the Meteor 350 for quite some time now, which is set to replace the Thunderbird X. The images of which have been surfaced online a few days ago. The launch is expected soon after the lockdown is lifted as the bike sets off for production.