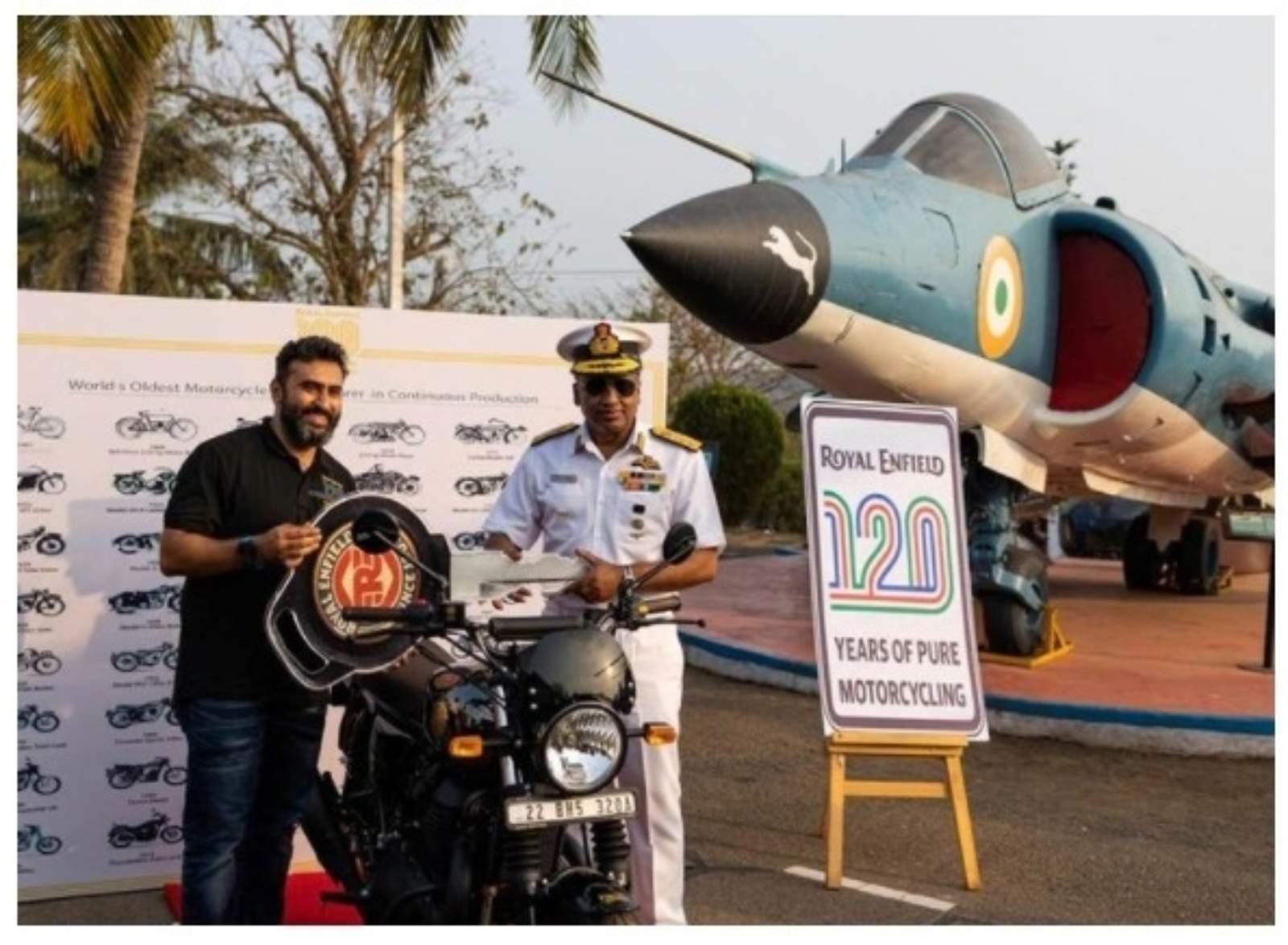 Royal Enfield has commenced the deliveries of its 120th Anniversary Limited-Edition 650 Twins. Bookings for the same were opened on 6th December 2021. This super-exclusive limited edition series is limited to 480 units globally across India, Europe, America, and South-East Asia. India got a total of 120 units allocated to it. Some of the notable customers who took the deliveries are Philipose G Pynumootil — Rear Admiral of the Indian Navy, Malayalam film actor and director Dhyan Sreenivasan and Gagan Narang — Olympic bronze medalist and Arjuna award winner for shooting 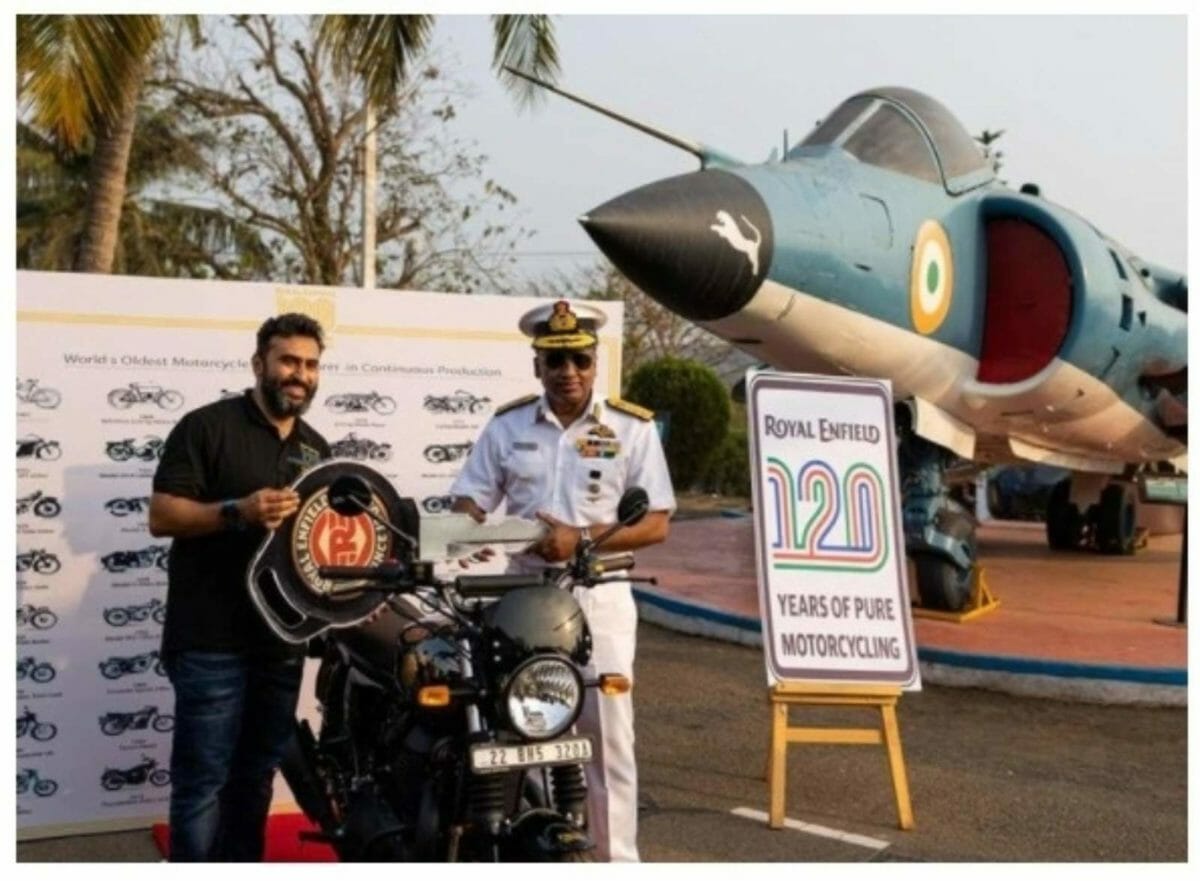 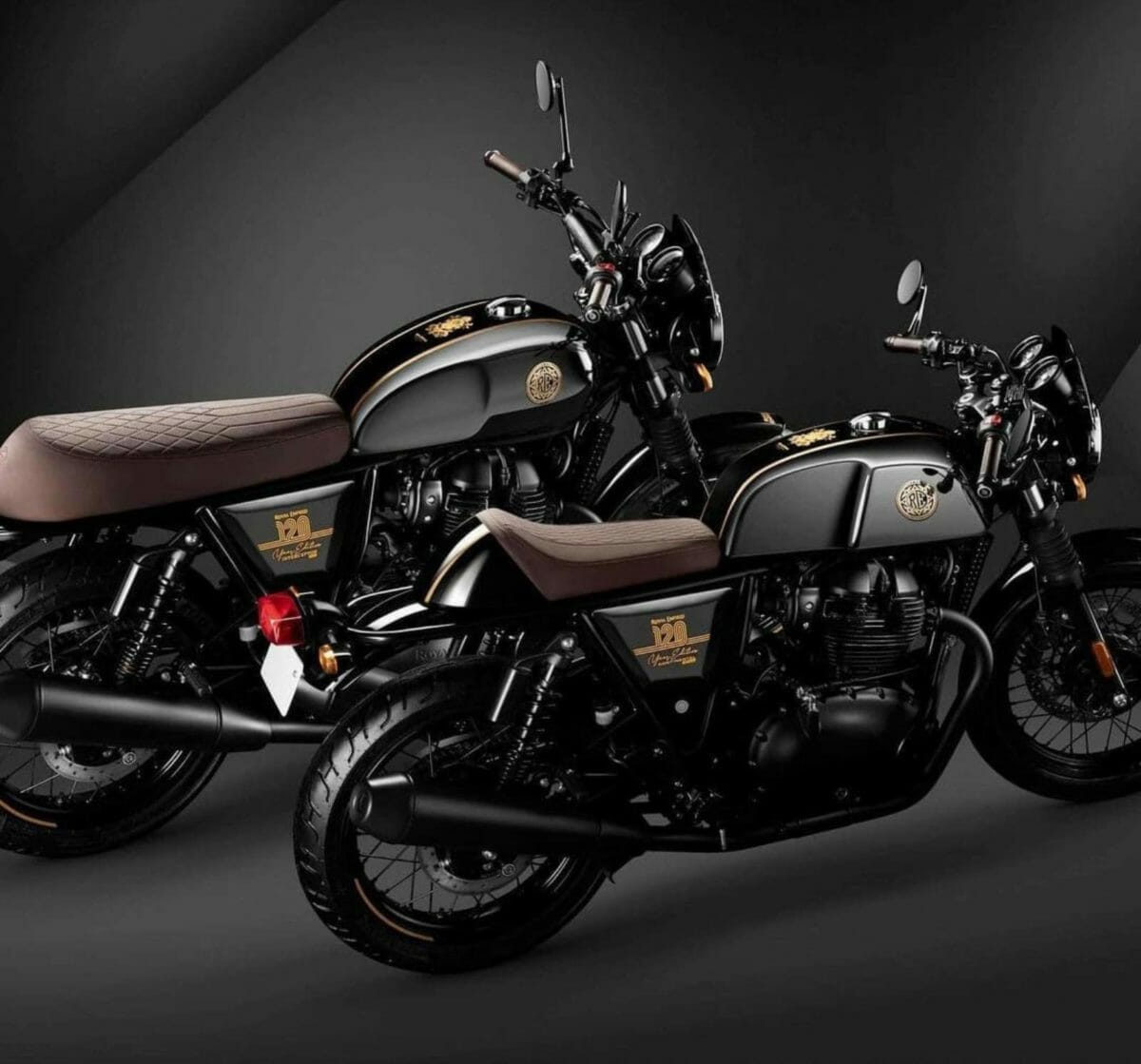 The bikes were available to customers on a first come first serve basis. The sale opened at 7:00 PM IST on December 06th and all the bikes were sold within the record time on www.royalenfield.com/120thedition. The entire package included the anniversary edition motorcycles along with a special blacked-out Royal Enfield Genuine Motorcycling Accessories kits as well as an extended warranty for the 4th and 5th year over and above the 3-year OEM warranty. 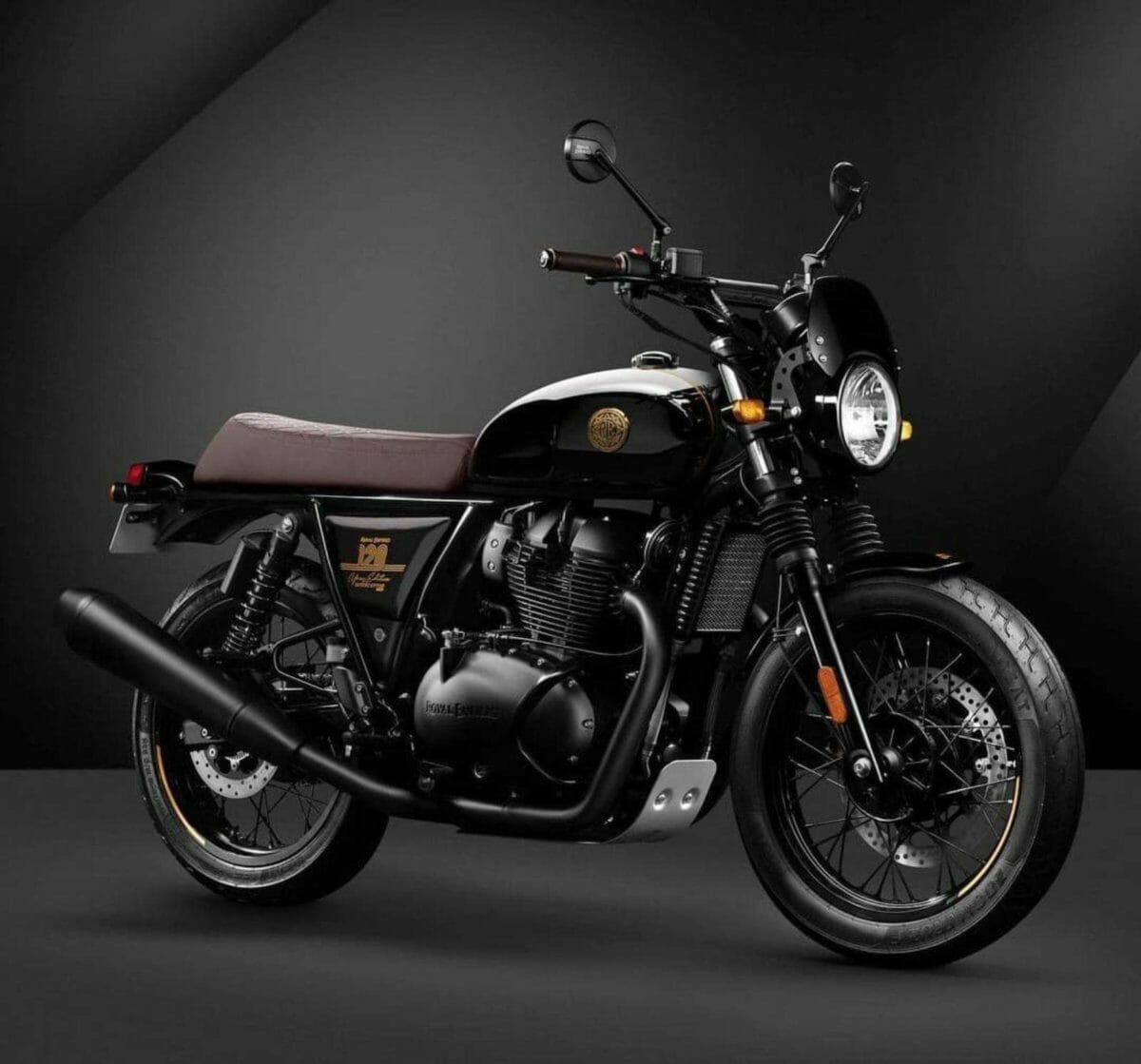 The twins get a black-chrome tank color scheme, which has been developed in-house. The twins also get unique, handcrafted, die-cast brass tank badges. Both the bikes get completely blacked-out components including engine, silencer, and other elements. The 120th anniversary 650 twins get a brass badge on them. 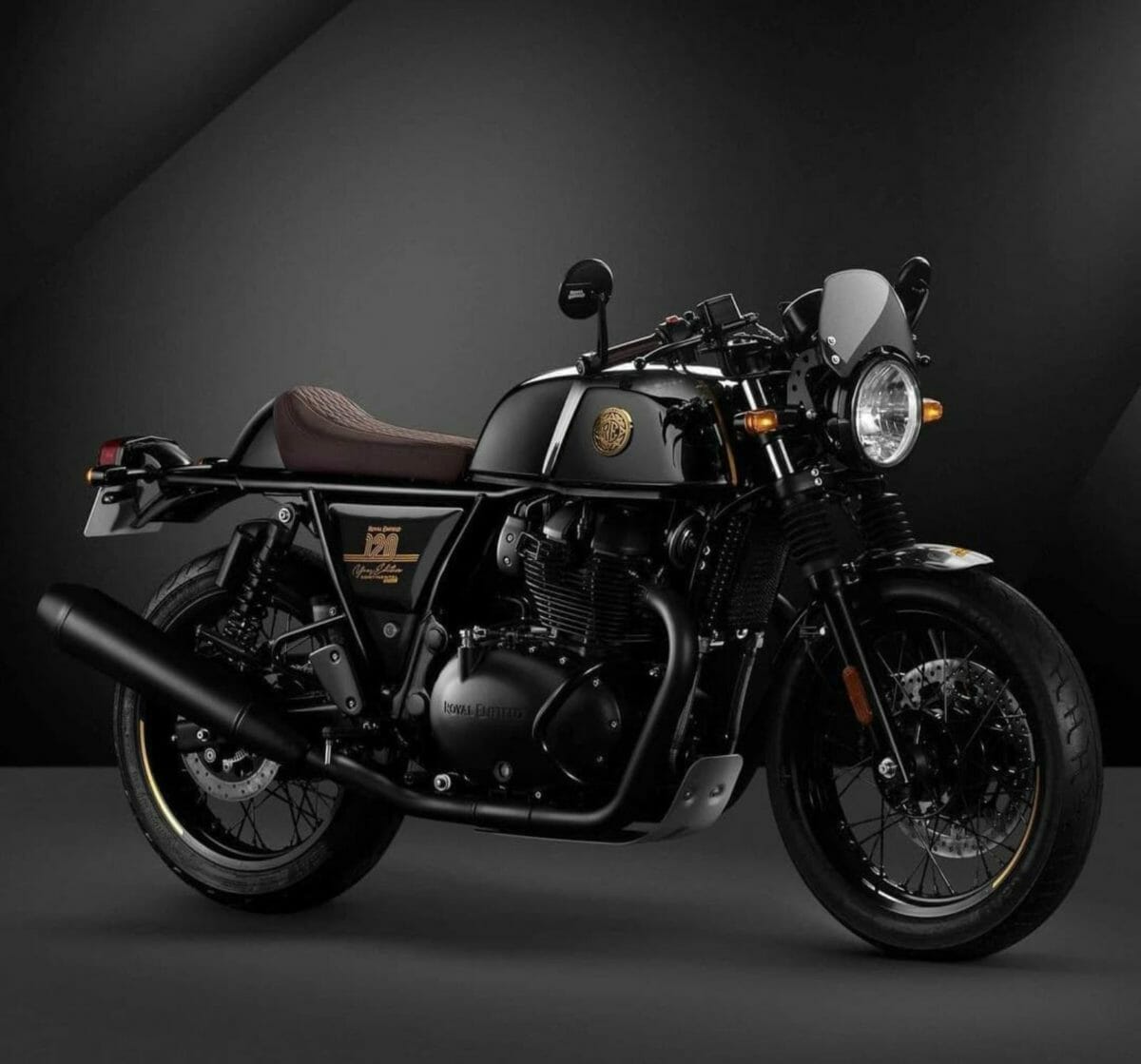 These badges were made in collaboration with the ‘SirpiSenthil’ family who are multi-generational artisans from the temple town of Kumbakonam, Tamil Nadu, India. Other design details include hand-painted pinstripes. The badge not only looks but also has a function. It has a unique serial number which indicates whether it is one of the 60 unique motorcycles in any of the four regions mentioned around the world. There’s also a side panel decal that pays a special homage to the brand’s 120 years. The brand is also offering a range of accessories for both such as flyscreens, engine guards, heel guards, touring, and bar end mirrors in black.