Rockford Fosgate is a company that has been developing and manufacturing audio products since 1973, it was founded by a man named Jim Fosgate who has been making car audio systems ever since. Rockford audio has recently added the DSR1 system, an audio processor that is a first of its kind. The DSR1 was made with the intention to enhance the overall audio experience in premium cars, additionally, this system isn’t limited to just top end cars but can be fitted to any car. 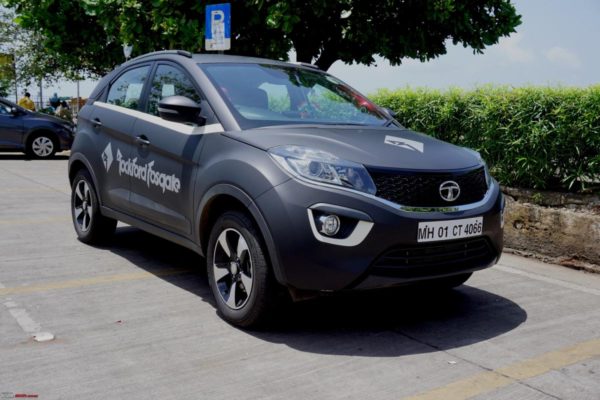 The DSR1 can be fitted anywhere in the car given its small dimensions, it was primarily designed to replace a cars stock amplifier and integrate with the existing audio system. Fortunately, there is no wire cutting involved since a specific adaptor for your cars make & model can be purchased. We’ll come back to the audio system, let’s talk a little about their car, Rockford Fosgate picked a Tata Nexon to launch the DSR1 system. 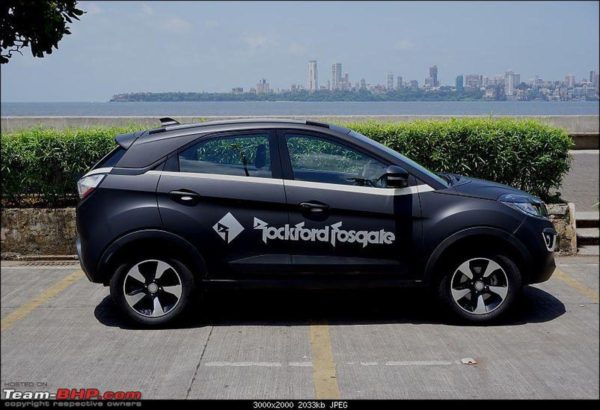 This Tata Nexon has been fitted with the best that Rockford has to offer and its meant to go around the country to different Rockford Fosgate dealerships while showcasing its performance. Mechanically speaking, the Nexon is in bare stock form, but there has been quite a dramatic visual change on the inside and a tad bit on the outside. For starters, this Nexon gets a matte grey paint finish on the outside along with the company name on either side of the car. 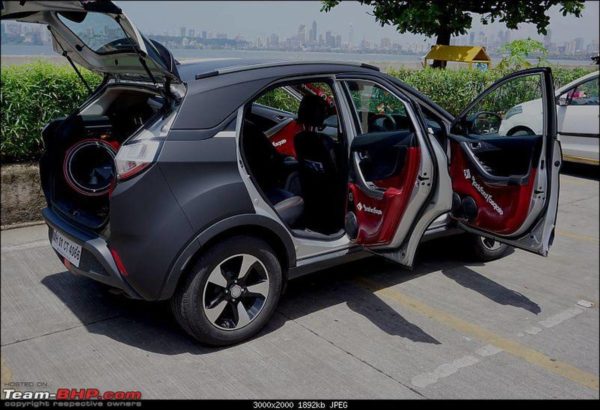 On the inside is where the big change takes place, once you move into the cabin you notice red & black theme running across the car surrounds and there are two tweeters on each side of the A-pillars that sit right in front of you. The seats too are custom made and feature perforated leather, while the lower portion of the doors has been reworked to accommodate 2 T1659 speakers that are 6.5-inches in size. Additionally, the doors have a layer of damping installed to prevent the sound from exiting the cabin along with preventing exterior noise making it into the cabin. 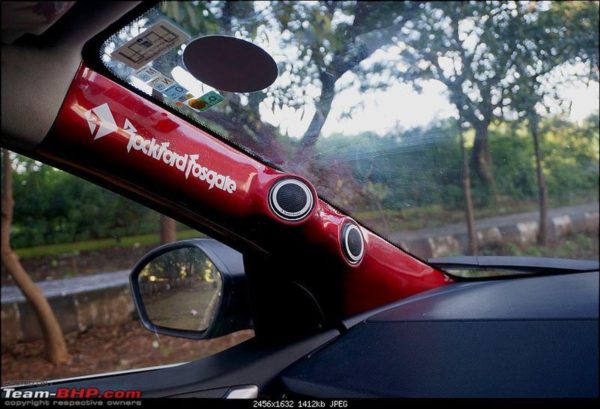 In total this car has 8 speakers, 4 tweeters and 2 subwoofers. Unfortunately, we don’t have any exact output figures but what we do know is this setup looks like something straight out of a Fast & The Furious Franchise. It’s clear that the exterior aesthetics of this car were never the priority, this is the kind of setup a true audiophile will enjoy and appreciate. 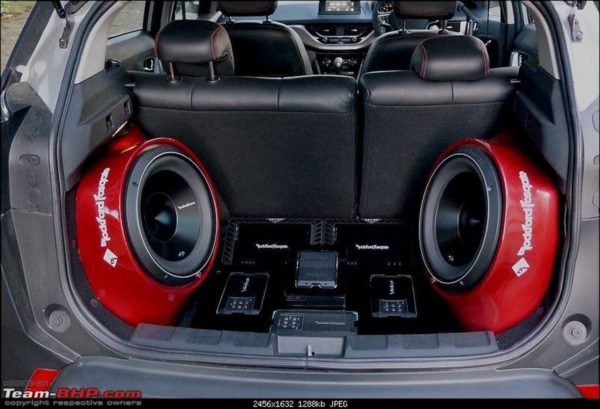 Coming back to the audio system, Rockford allows users to fine-tune the system with the help of the PerfectTune App. Given the fact that similar to products from any other audio manufacturer costs a bomb meanwhile, this system seems a whole lot more accessible at a price of just Rs. 30,000/-. The DSR1 system is available across the country at any Rockford Fosgate dealer and can be installed in any car.