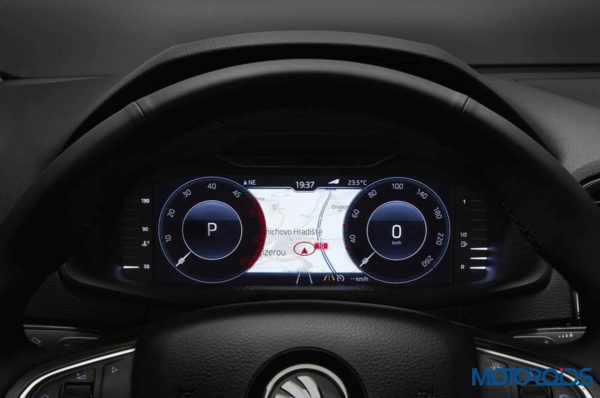 The virtual cockpit system is priced at £450 (Rs 43,572) and it the system very closely resembles that of the ones found on other VW Group models. The system features a large, high-definition TFT screen that allows users to have 3D graphics and a customisable layout instead of the more common analogue dials. Additionally, this system grants users the ability to prioritize the information that’s being displayed and pick what they’d like seeing, be it driving assist information, multi-media information or just navigation. 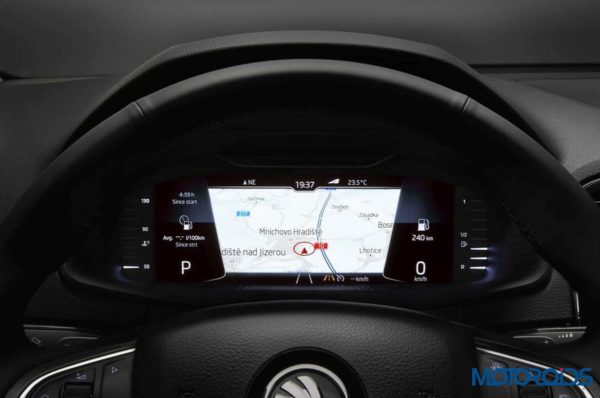 The driver can toggle through all this information via steering mounted controls which allow the user to effortlessly switch between displays or even zoom into the map. Internationally the virtual cockpit can be opted for on the Superb and Octavia for SE spec and above variants, while the Karoq and Kodiaq can have it on the SE L spec variant and above. 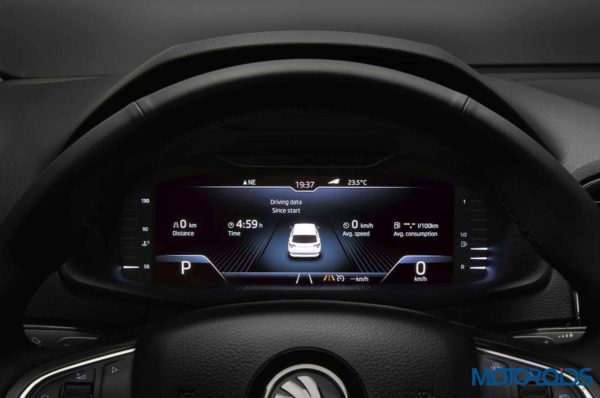 Skoda is unlikely to add the virtual cockpit to lower range models such as the Fabia and the Rapid, mainly because they use an older platform and incorporate an older dash design that isn’t in line with Skoda’s current line-up. The Upcoming Karoq is likely to carry over this technology when it finally arrives in India, once it’s here it will go up against the current segment leader, the Hyundai Creta. Skoda is expected to launch the Karoq by 2020 and its safe to say all the models sitting above it will too get the virtual cockpit system.