Over the years, Nissan has given us some drool-worthy sportscars including the likes of the mighty ‘Godzilla’ GT-R and the revered 370Z. Both the cars did start feeling a little dated according to modern-day standards. While an updated version of the Nissan GT-R is yet to be seen, Nissan has revealed the updated prototype version of the 370Z dubbed as ‘Z Proto.’

Shown at a virtual event beamed around the world from the Nissan Pavilion in Yokohama, the prototype car features a new design inside and out, as well as a V-6 twin-turbocharged engine with a manual transmission. 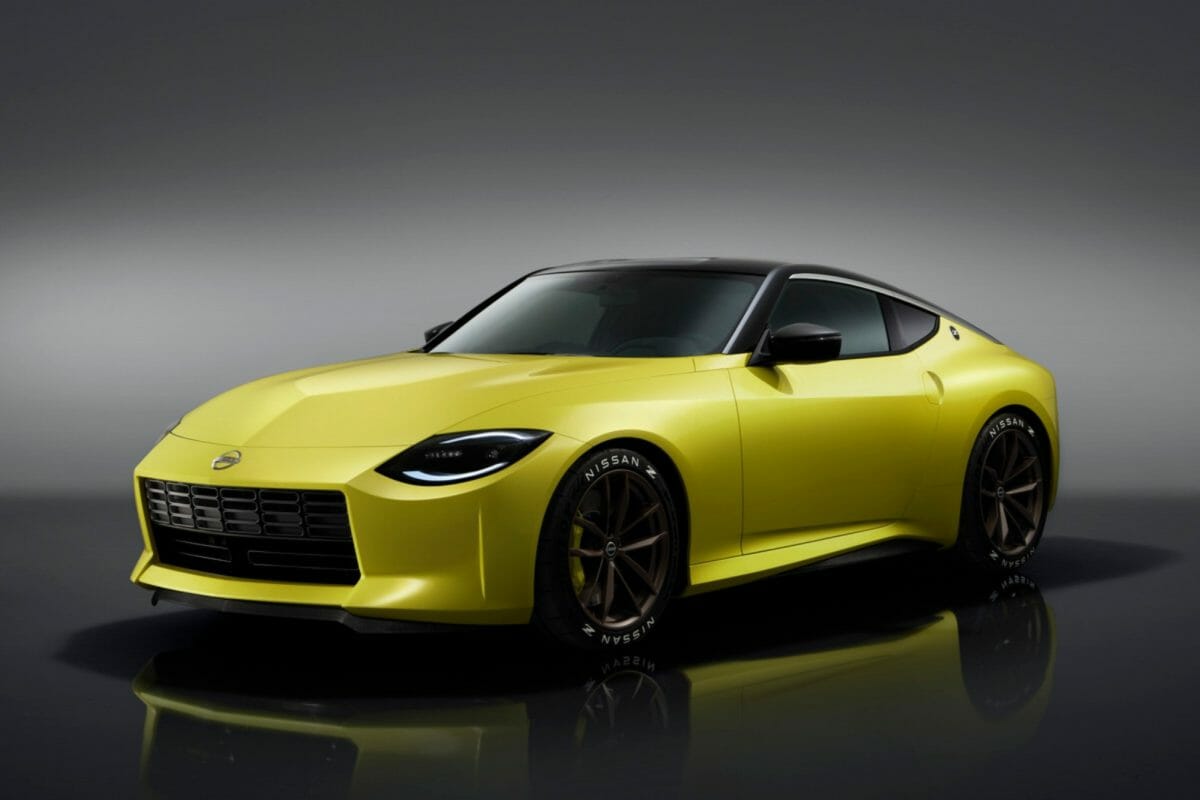 First hinted at in a video named “Nissan A-Z” in May, the Nissan Z Proto pays full respect to 50 years of Z heritage. At the same time, it’s a thoroughly modern sports car. Penned and developed by the design team in Japan, the Z Proto boasts a fresh, attractive exterior design with a silhouette that communicates respect for the original model. It sports a bright yellow pearlescent paint – a tribute to a popular paint scheme on both the first-generation Z (S30) and the 300ZX (Z32) – and a black roof. The shape of the hood and the canted, teardrop-shaped LED headlights are both unmistakable reminders of the original Z. The rectangular grille’s dimensions are similar to the current model with the addition of oval grille fins to offer an updated modern look. The form continues to exude both sportiness and elegance. 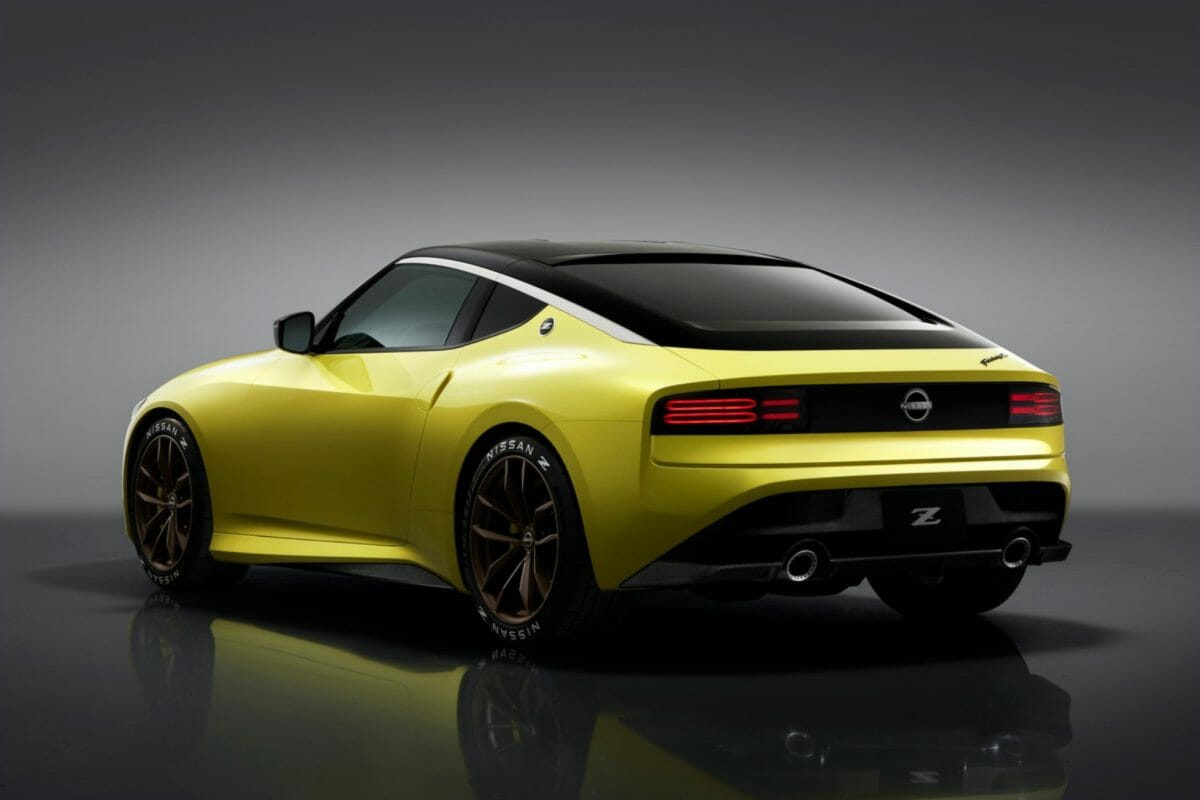 The link to the original Z is most striking when viewing the Z Proto from the side. The roofline flows from the nose to the squared-off rear to create a distinctive first-generation Z profile whose rear edge was slightly lower than the front fender height giving the Z its unique posture. The signature transition from the rear quarter glass to the low-slung position of the rear tail adds to the effect. 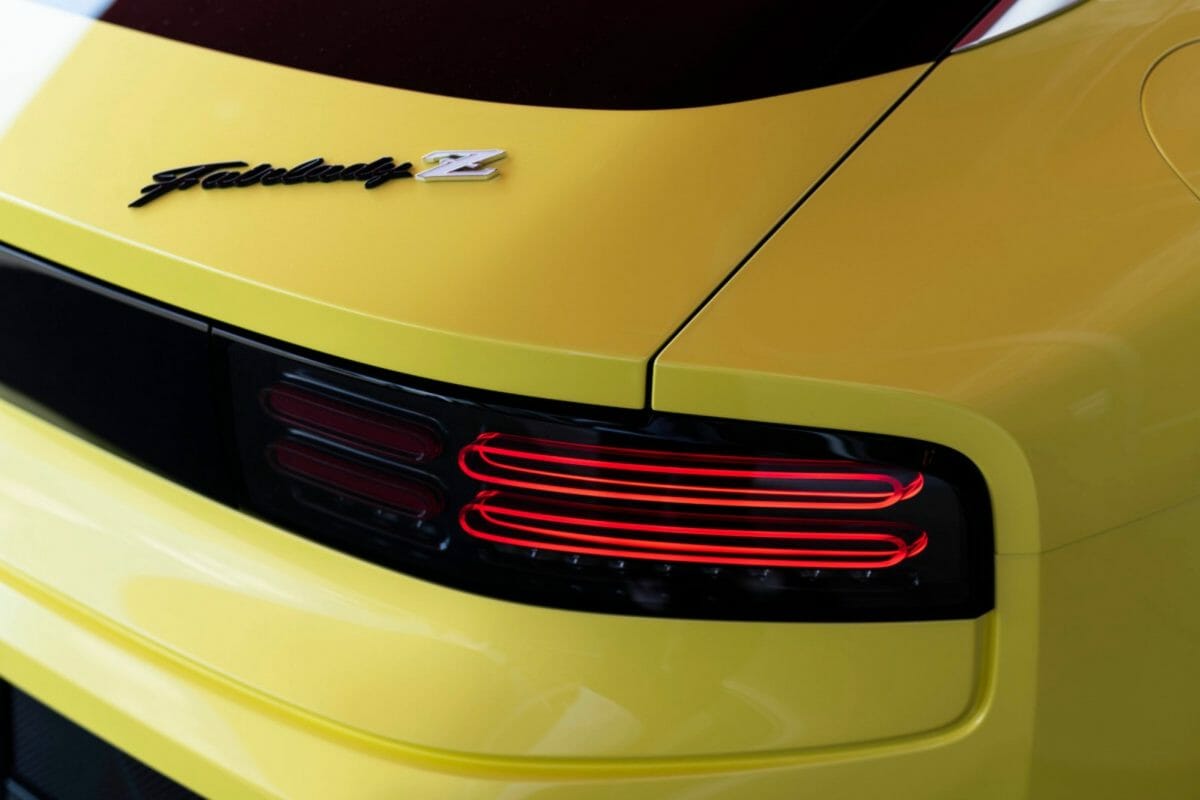 The rear takes inspiration from the 300ZX (Z32) taillights, reinterpreted for the modern world. Set within a rectangular black section that runs across the rear and wraps around the outer edges, the LED taillights convey a sharp glow. Lightweight carbon fibre treatments on the side skirts, front lower lip and rear valance ensure nimble performance. 19-inch alloy wheels and dual exhausts complete the Z Proto’s striking road presence.

The interior design team sought advice from professional motorsports legends to give the Z Proto an ideal sports car cabin, both for road and track. This can be seen in Z’s instrumentation. All vital information is found in the 12.3-inch digital meter display and arranged to help the driver grasp it at a glance, such as a redline shift point at the twelve o’clock position. Yellow accents are found throughout the cabin, including stitching on the instrument panel. The seats feature special yellow accents and a layered gradation stripe in the centre of the seats to create depth. 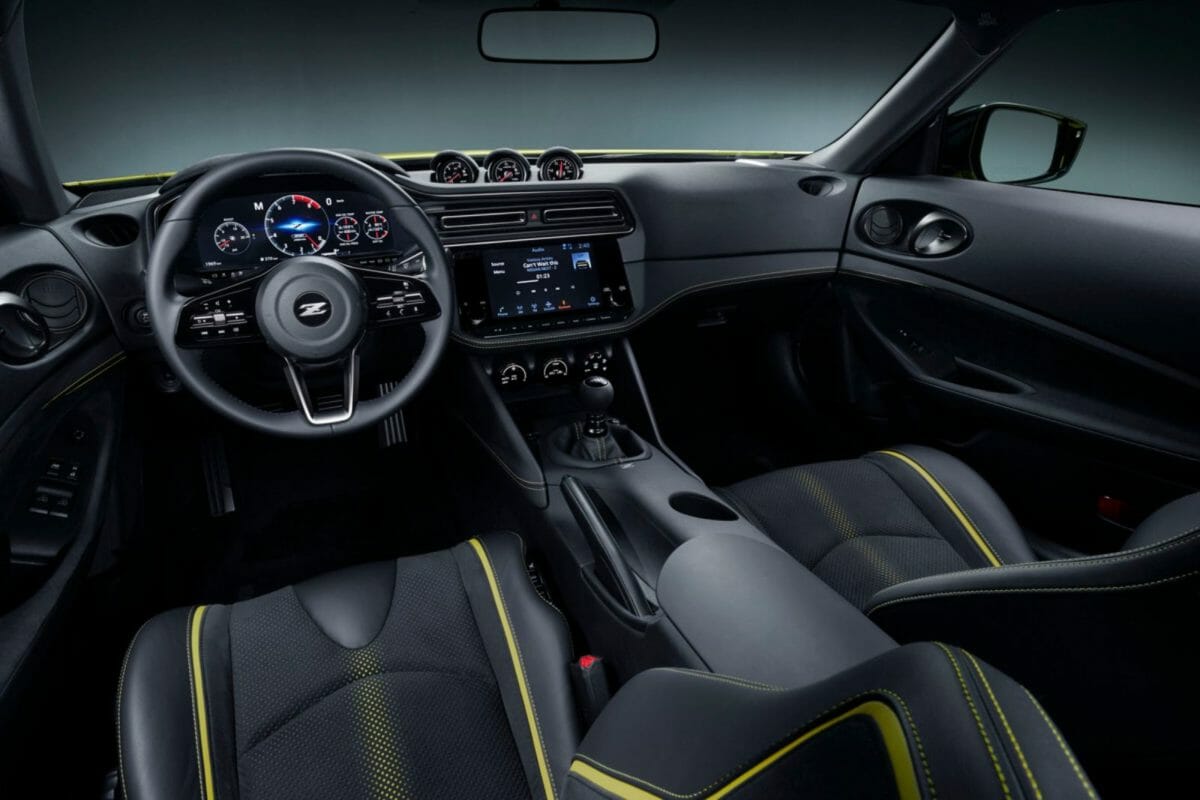 Make no mistake though, the Z Proto packs a powerful punch. Under the elongated hood is an enhanced V-6 twin-turbocharged engine mated to a six-speed manual gearbox. As a prototype, work is now underway on synchronizing the power with the grace and control that has defined the Z for the past 50 years. 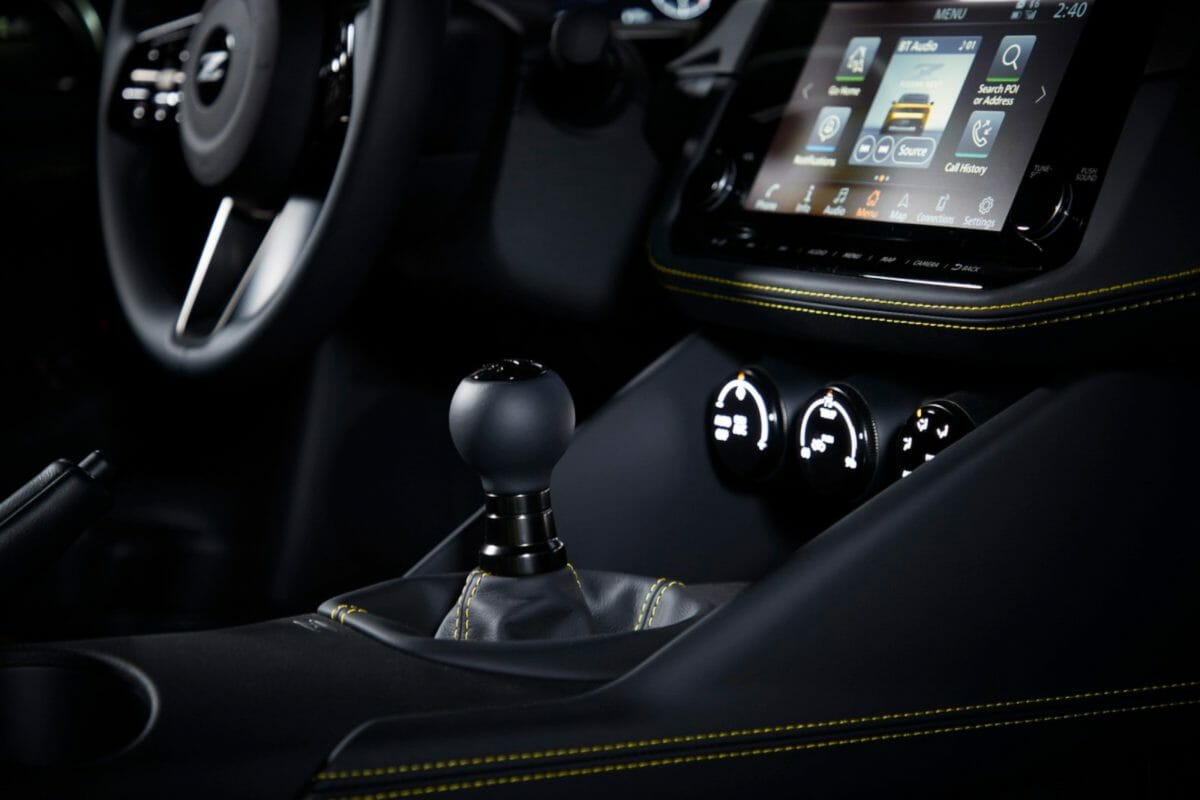 Unfortunately, there are some cards Nissan is still keeping close to its chest and the performance capabilities and figures of the Z Proto, therefore, have not yet been revealed. Expect the production version of Nissan Z Proto to be revealed at some point in 2021.