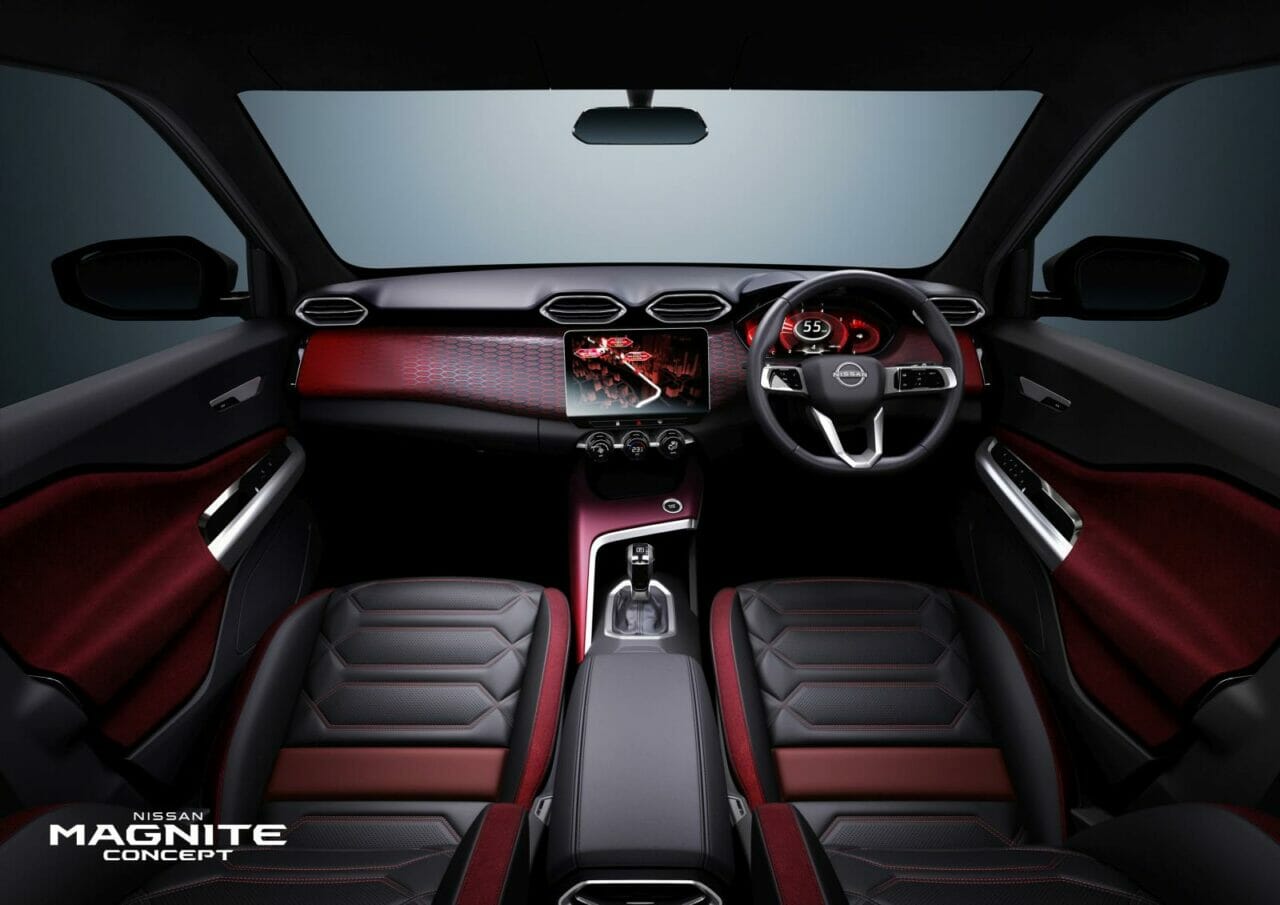 Three brand new compact SUVs are about to hit the already crowded segment in India. The Nissan Magnite, its Renault-branded version and the Kia Sonet will offer two brand new choices to the Indian customer in the coming months.

Where the Kia is based on the Venue, however, styled and equipped differently, the Nissan Magnite, on the other hand, is a brand new vehicle. This new vehicle is based on Nissan-Renault’s CMF-A+ platform that currently underpins the Renault Triber seven-seater compact-MPV. For the uninitiated, Nissan and Renault share the same platforms for many of their offerings. 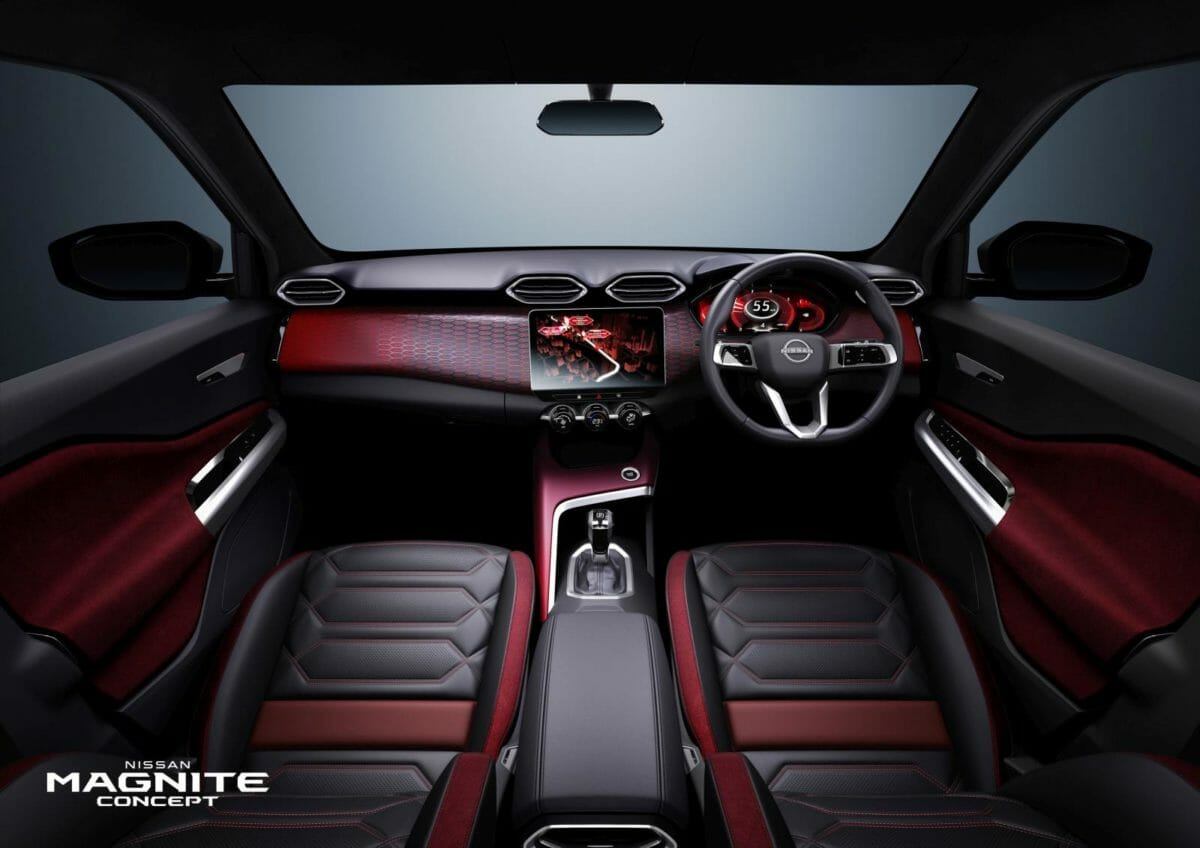 Unlike the Triber, Magnite will come with a five-seater configuration. The teaser images reveal that Magnite will feature a rather bold stance and will encompass modern elements to complete its striking looks. It will help it stand apart from the current bandwagon of compact SUVs. And going by these images, stand out it will. Although these are from the concept, we don’t think the size of that massive touchscreen or the modern minimalism of things inside will change. 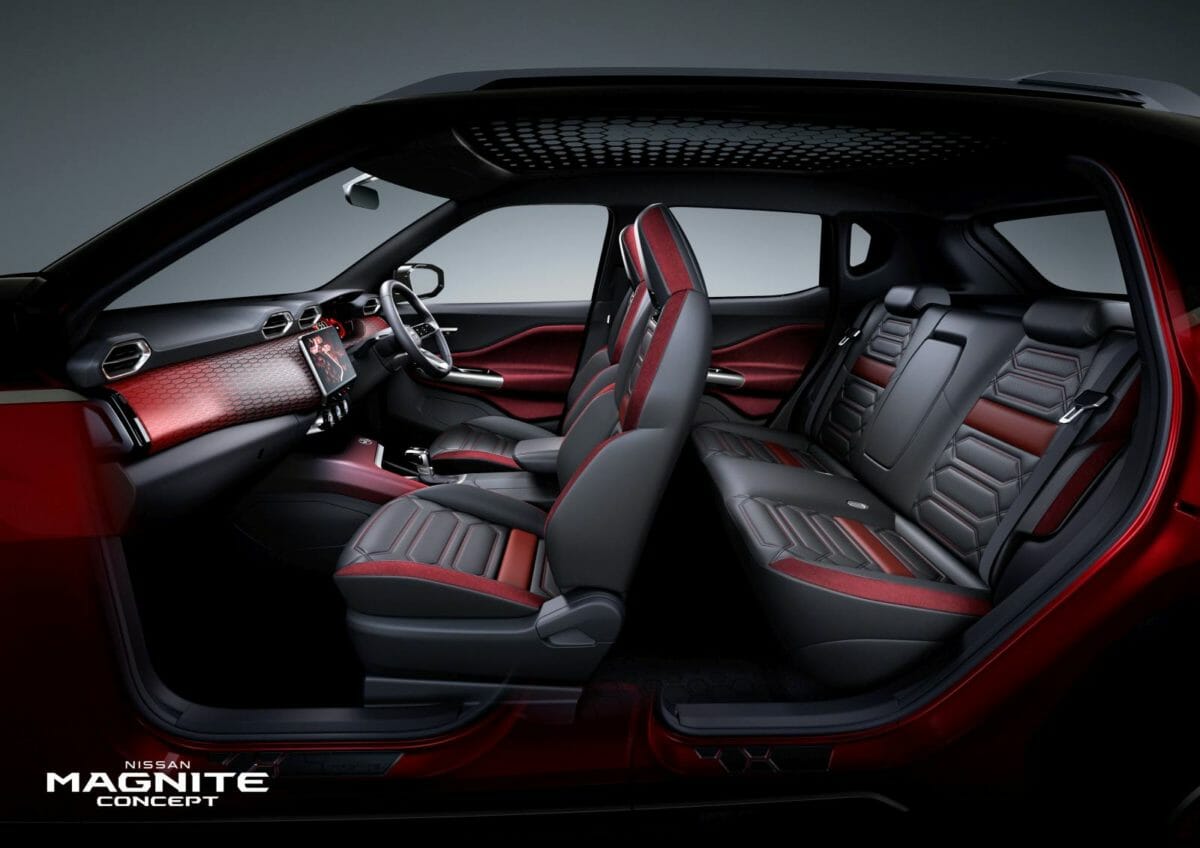 Commenting on the upcoming product, Rakesh Srivastava, Managing Director, Nissan Motor India, said, “The Nissan Magnite concept is an evolutionary leap in Nissan’s SUV history. Not only the exterior but also the interiors exude premium-ness, sophistication and roominess. These core elements of design philosophy will be succeeded in the production model which is under development, coupled with superior technology on-board to be a game-changer in its segment.”

On the outside, we expect the production version will carry forward most of the design elements showcased in the conceptual images released by Nissan. The overall design is highlighted by an imposing front grille, sharp headlight units, eye-catchy inverted boomerang-shaped DRLs, floating back roofline, svelte LED taillights and large wheel arches. The sides look chunky thanks to flared wheel arches, thick C pillar and strong shoulder line. The rear tail lamps are compact and beefy bumpers reiterate the ruggedness.

The Nissan Magnite will likely be offered with a 95 PS 1.0-litre turbocharged three-cylinder petrol engine coupled to a 5-speed MT or a CVT. These are just mere speculations though but we will get a clearer picture as soon as Nissan decides to reveal more information.