The penultimate round of the Asia Road Racing Championship (ARRC) culminated at the Madras Motor Race Track (MMRT) amidst tight finishes and multiple crashes. Round 5 saw intense action in both the SuperSports 600 and Asia Production 250cc categories from riders across Asia Oceania.

The SuperSports 600cc saw Honda riders throttle away with four out of the six podiums. MUSAHI Boon Siew Honda Racing’s Malaysian rider Mohd Zaqhwan Zaidi won the 1st place in race 27:20:721 seconds with RAMA Honda rider Taiga Hada coming a close second at 27:21:347. The stakes got higher on the rainy Sunday with wet track. Malaysian rider Zaghwan came second with Taiga Hada who finished third and recorded the fastest lap of the championship at 01:40:990 seconds with a blistering speed of 132.35 kilometer per hour. 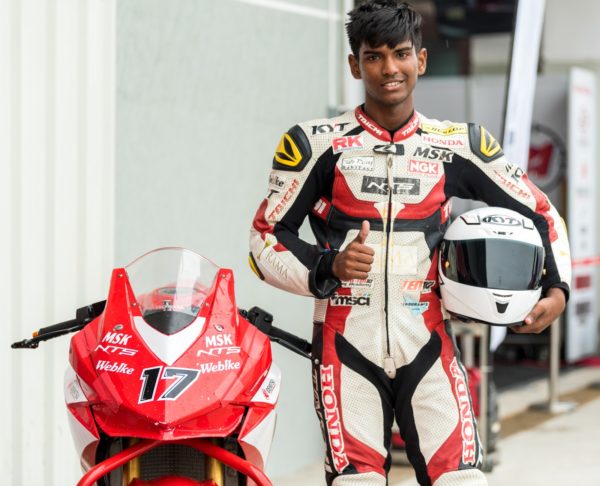 In the Round 5 of Asia Road Racing Championship Honda won 3 podiums in the Asia Production 250cc class scoreboard. Japanese rider Tomoyoshi Koyamai, astride a Honda machine, powered his way to victory in the premier Asia Production 250cc in Race 1. Amidst dramatic crashes, the Race 2 saw thrilling action between the riders. Clocking a total of 19:48:264 seconds, Tomoyoshi Koyamai secured a second place followed by teammate Takehiro Yamamoto in the Race 2 on Sunday. Tomoyoshi Kayoma is currently training teammate and debutant Rajiv Sethu in the same category.

The Indian contingent of Sarath Kumar and Rajiv Sethu participated in the Asia Road Racing Championship, putting up a spirited display. Both Indian riders Sarath Kumar and Rajiv Sethu improved lap timings by 2 seconds in their respective categories through the two races of ARRC Round 5. Clocking best lap of 1:45:676 seconds in the Race 2 of ARRC Round 5, Sarath Kumar becomes one of the fastest Indian riders in the SuperSports 600cc category. Ten10’s Rajiv seals the deal as 2017 winner of CBR 250R Open Championship 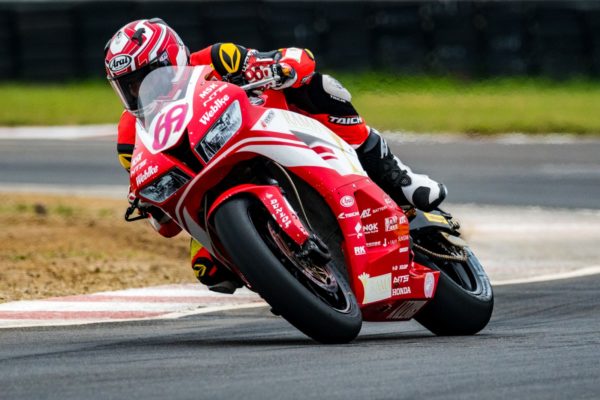 Parallely, the Honda CBR 250R Open Championship held as the support race in ARRC also drew the curtains of the winners of this season. Despite coming 5th in Race 1 on Saturday and not participating in the race 2 on Sunday due to injury, Rajiv, clinched the Honda CBR 250R (Open) category of the MMSC One-Make Championship with total of 179 points.