Render artist Oberdan Bezzi has been presenting his impressive work time and again and frequent visitors of Motoroids would’ve already seen some of his rendered motorcycles in the past. His latest contribution to the motorcycle render universe is the digitally imagined V22, a product inspired from the V range of motorcycles from Bajaj. As you all know, the V series of motorcycles are known for using metal of Indian Navy’s decommissioned aircraft carrier, INS Vikrant. However, unlike the typical commuter design of the current V series motorcycles, the V15 and the recently launched V12, Bezzi presents the V22 in three different styles — Roadster, Cafe Racer and Scrambler. 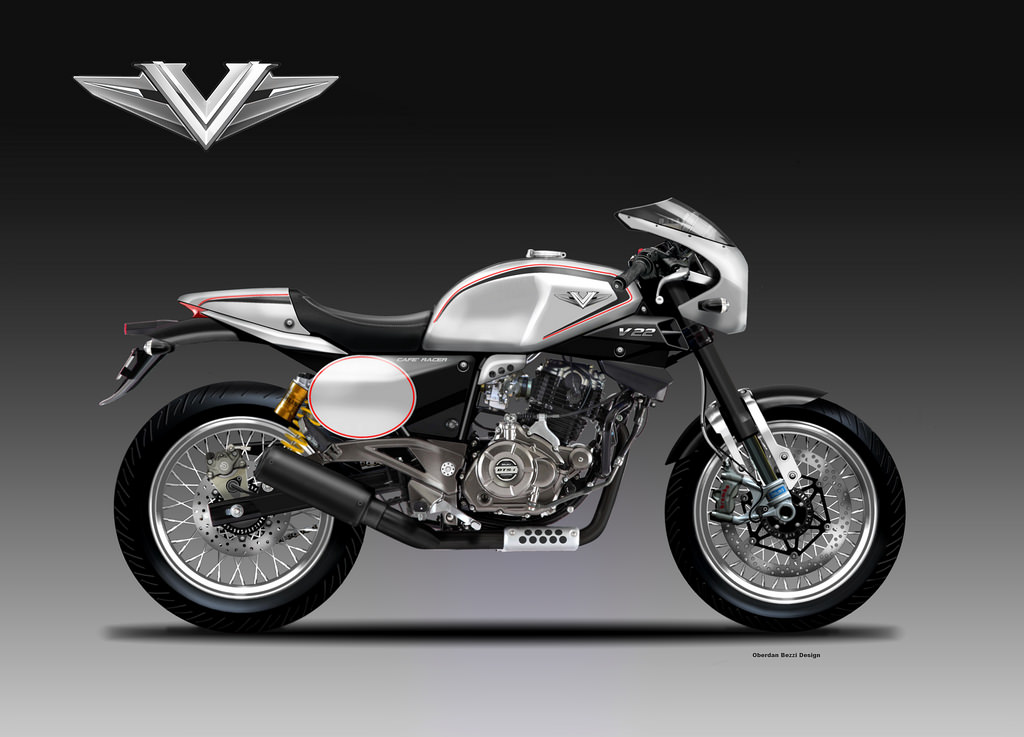 The concept motorcycles receive some premium hardware such as an upside down suspension upfront, gas charged nitrox shock absorbers at the rear, Brembo sourced disc brakes on both ends and a dual channel ABS. The V22 renders, unlike the current V12 and V15, feature wire-spoked wheels which give the motorcycles a retro look. Lastly, Bezzi has used a round headlight instead of the hexagonal unit on the current V series of motorcycles and we really like the way it looks. We bet there is a laser engraved anchor logo with “Made with the invincible metal of INS Vikrant” written on the fuel tank lid.

Each motorcycle gets a different design and our personal favourite is the cafe racer version with its removable pillion seat cowl – a typical V series motorcycle trait that is seen on the V12 and V15. The clip-on handlebar with the bikini fairing make it even more desirable. 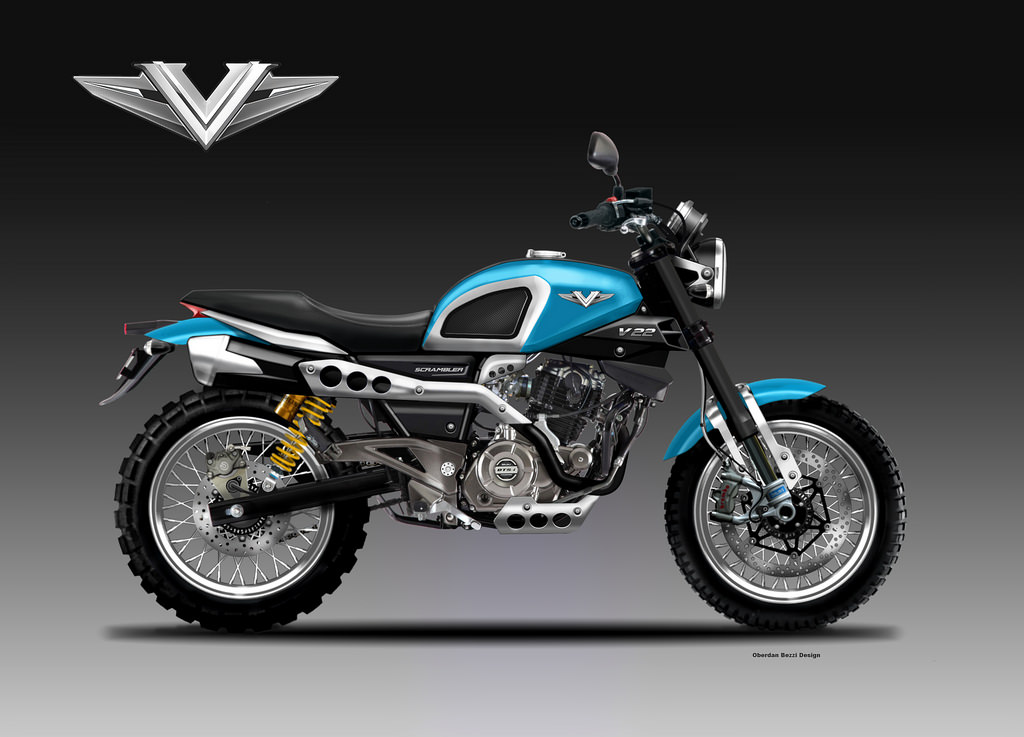 For the three renders, Bezzi has taken inspiration from the Pulsar 220 and has designed the motorcycles around the engine and chassis from the 220cc Pulsar. So what you see there is the tried and tested 4-stroke, DTS-i, oil cooled, single cylinder 220cc motor which delivers 21.05 PS of power at 8500 rpm and 19.12 Nm of torque at 7000 rpm. But if Bajaj does bring out a V22, we believe they’d retune the engine for better low and mid-range power.

Bezzi, as always, has done a commendable job with the concepts and we’d really want to see such motorcycles rolling into the showrooms. Wouldn’t you like to see such products being available off the shelf? Let us know your views about the renders through the comments section below.