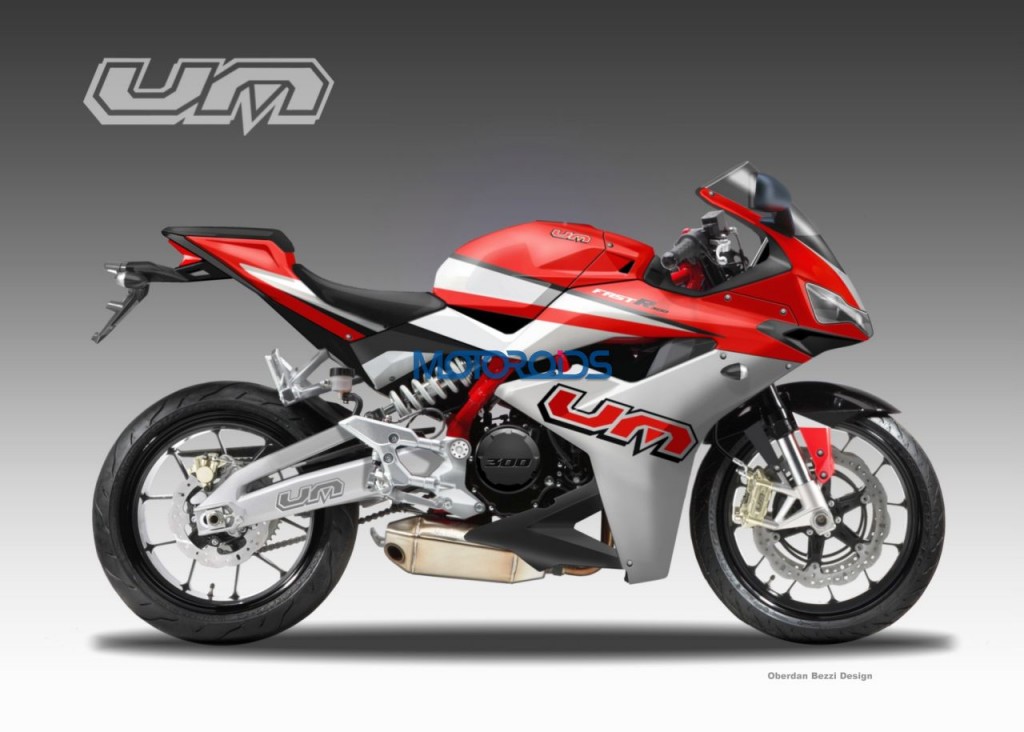 UM Motorcycles, after teaming up with India’s Lohia Auto Industries are all geared up for an Indian launch by this year. The American manufacturer will open shop in the country with an all-new, India-specific, 400cc, single-cylinder engine powered motorcycle, which could be either a cruiser, or a scrambler, or both. Pricing is expected to hover around the INR 1.50 lakh mark.

Ace render artist Oberdan Bezzi sends us these images, which show renders of an imaginary 300cc, fully faired UM sports bike. Bezzi reckons that this will be UM’s halo motorcycle, something that it would show to the international press as a prototype, showcasing its technological prowess. He reckons that it will foreshadow the first model of a “family” of premium motorcycles that will be introduced in all emerging markets and also in Europe.

According to Oberdan Bezzi “This is the most powerful and high-performance single-cylinder 300cc in the entire scene and promises driving sensations as a true sportbike. For its realization UM had recourse to many international expertise, proof of the seriousness and determination of his intentions.”