We’ve already reported about Mahindra and Mahindra’s subsidiary, Classic Legends Pvt Ltd. (CLPL), taking over legendary British motorcycle brands BSA and JAWA back in October 2016. While we wait for official images or teasers of what to expect from the two-wheeler brand, render artist Oberdan Bezzi revealed some really appealing designs and we really hope Mahindra takes a not of them.

Yesterday we saw renders of BSA motorcycles designed by Oberdan Bezzi. This time around, we got another render from Bezzi of Jawa Californian 351. As reported earlier, BSA, which has a global appeal, will be primarily suited to international markets, and JAWA with its cult following in India is more suited to the domestic market. So there is a good possibility that we may see something like this entering the Indian two-wheeler space. 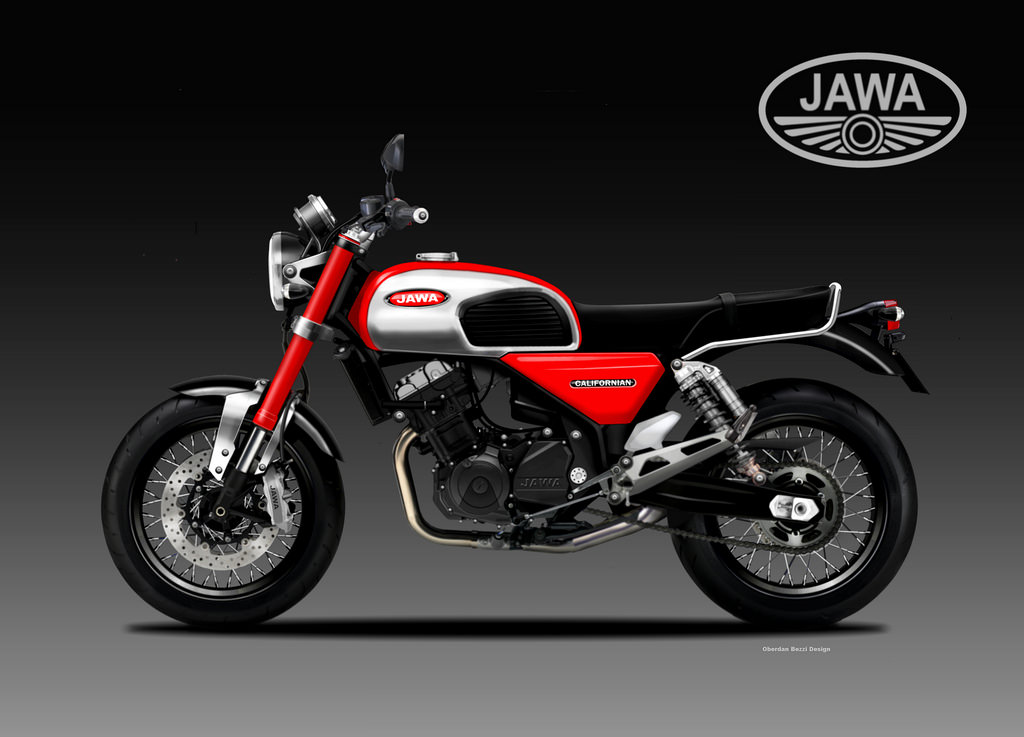 As seen with BSA renders, the digitally re-imagined motorcycle carries the retro styling along with some modern hardware such as upside down forks upfront and gas charged shock absorbers at the rear. However, unlike the BSA render, the Californian 351 is showcased with JAWA brakes. The spoke-wired wheels add to the retro look of the motorcycle.

As aforementioned, the first batch of motorcycles from the takeover are expected to arrive in 2019 which is still some time away and we may see an actual concept from Mahindra & Mahindra at the 2018 Auto Expo. Till then, we have the render to adore. Do share your views about the render with us through the comments section.