Formula 1 pilot Sir John Young Jackie Stewart once called Nordschleife the Grüne Hölle which means the Green Hell. It is one of the most dangerous racing tracks in the world. Renault Sports vowed to conquer this 20 kilometre long circuit at Nürburgring in under eight minutes. Renault managed to achieve this feat in an all-new limited-edition model imbued with a radical philosophy: Mégane R.S. 275 Trophy-R. 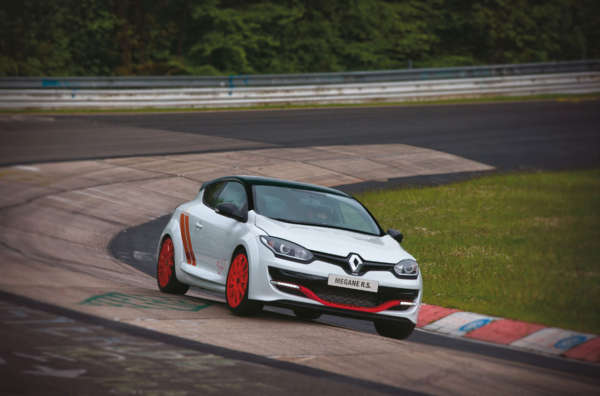 Prior to this, Renault has established records with Mégane R26.R and Mégane R.S. Trophy in the years 2008 and 2011 respectively. But the engineers at Renault Sport wanted to push more harder for achieving a better time. The result was a lap time of 7m54.36s in Mégane R.S. 275 Trophy-R which engraved its name and performance potential in the Nürburgring’s history books right from its very first official outing.

Mégane R.S. 275 Trophy-R is a two-seater variant of the recently-introduced Mégane R.S. 275 Trophy. This new Renault Sport limited-edition gets ultra-sporty features from the brand’s racing activities, while managing to reduce almost 100 kilograms which further adds to the performance. 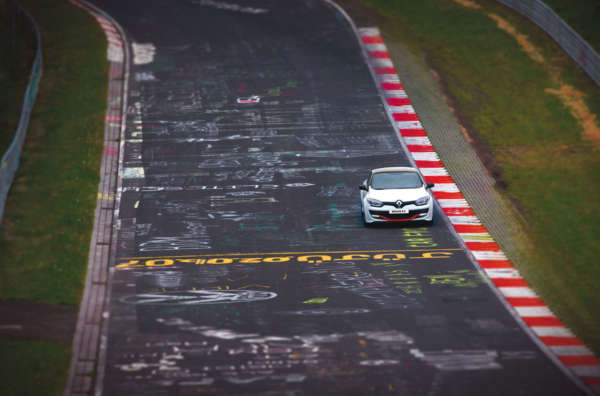 The Mégane R.S. 275 Trophy-R sports in the front, Recaro Pôle Position polycarbonate monocoque seats, which yield a weight saving of 42 kilograms. These are fitted with a three-point seat belt. However, throw in some extra money and you can get yourself a six-point harness with aviation-style buckle is available as an accessory. A retention beam and safety nets protect passengers from moving luggage. 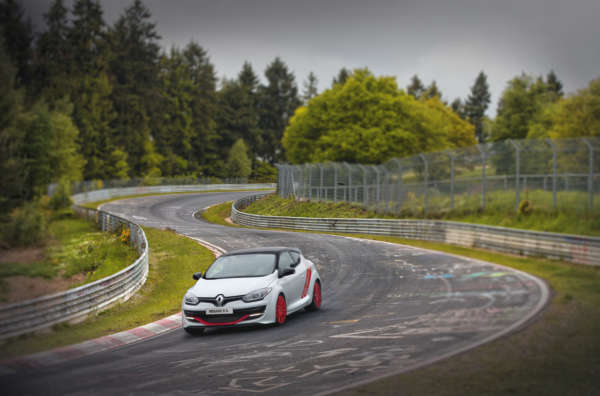 The Mégane R.S. 275 Trophy-R is a treat for track-day fans eager to gain several vital seconds over the course of a lap. The use of a lithium-ion battery trims the overall weight by another 16 kilograms.

All this power and reduction in weight requires some really potent braking power. To ensure high-performance braking, Mégane R.S. 275 Trophy-R benefits from a special braking kit. Its 350/28-diameter steel and aluminium discs bring the car’s weight down by a further three kilograms. Ideally adapted to intensive circuit use, these Renault Sport-etched brakes endow the vehicle with a sharper bite. 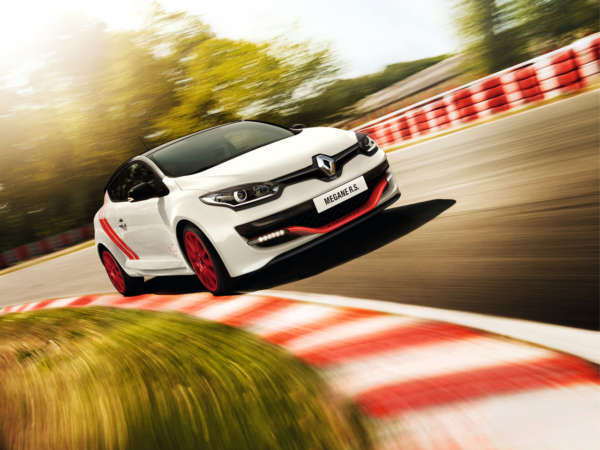 Speaking of the cosmetics, Mégane R.S. 275 Trophy-R comes in a new two-tone colour scheme, with an Etoilé Black roof mated with a Pearlescent White finish (optional). The Trophy-R branded F1-type front blade, chequered flag graphic at the bottom of the front doors and graphics on the side of the car are all picked out in Vif Red. Finished off with 19-inch black or red Speedline wheel rims, this is a vehicle that sets itself apart as much on the circuit as on the open road.

Here are some interesting facts about this under-eight minute run did by the Mégane R.S. 275 Trophy-R:

Here is a video of the under eight minute run: