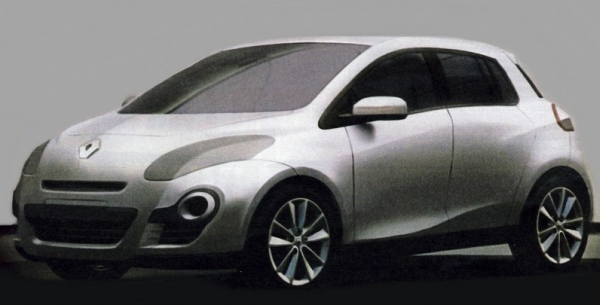 Renault had just recently launched the Koleos SUV in India. The firm, after parting ways with Mahindra, decided to make its independent entry in India with the launch of the Fluence sedan followed by the Koleos SUV. The firm had also announced that it would launch a small car that would be pitted against the Maruti Suzuki Swift, VW Polo, Hyundai i20 and the Ford Figo.

The car will be unveiled by the chairman CEO of Renault and Nissan, Mr Carlos Ghosn who will visit India by the end of October. The compact car’s concept version is scheduled to be unveiled prior to the start of the inauguration of the Formula One Grand Prix of India which will take place in October 28-30. The concept car is expected to be very much similar to the final production version of the car that will be launched next year.

The compact car will be unveiled and launched internationally at Delhi’s international Auto Expo in January 2012 and the bookings for the car too will begin on the same day. The car is expected to be developed specially for the Indian market and will be based on Nissan Micra hatchback’s platform.