Home News Renault Duster Facelift To Be Launched On 8 July

Just a day after Renault released the first teaser image of the facelift of the Duster, we now have a launch date for the same. The French carmaker will be launching the facelift of the SUV on the 8th of July, just a few days from now. With the facelifted model, the Renault would hope to boost its sales, just like it did when the car was launched back in 2012. With competition from better-equipped cars like the Nissan Kicks and the segment-leading Hyundai Creta, Renault will probably add a bunch of new features to this facelifted model to stay relevant in the Indian market. 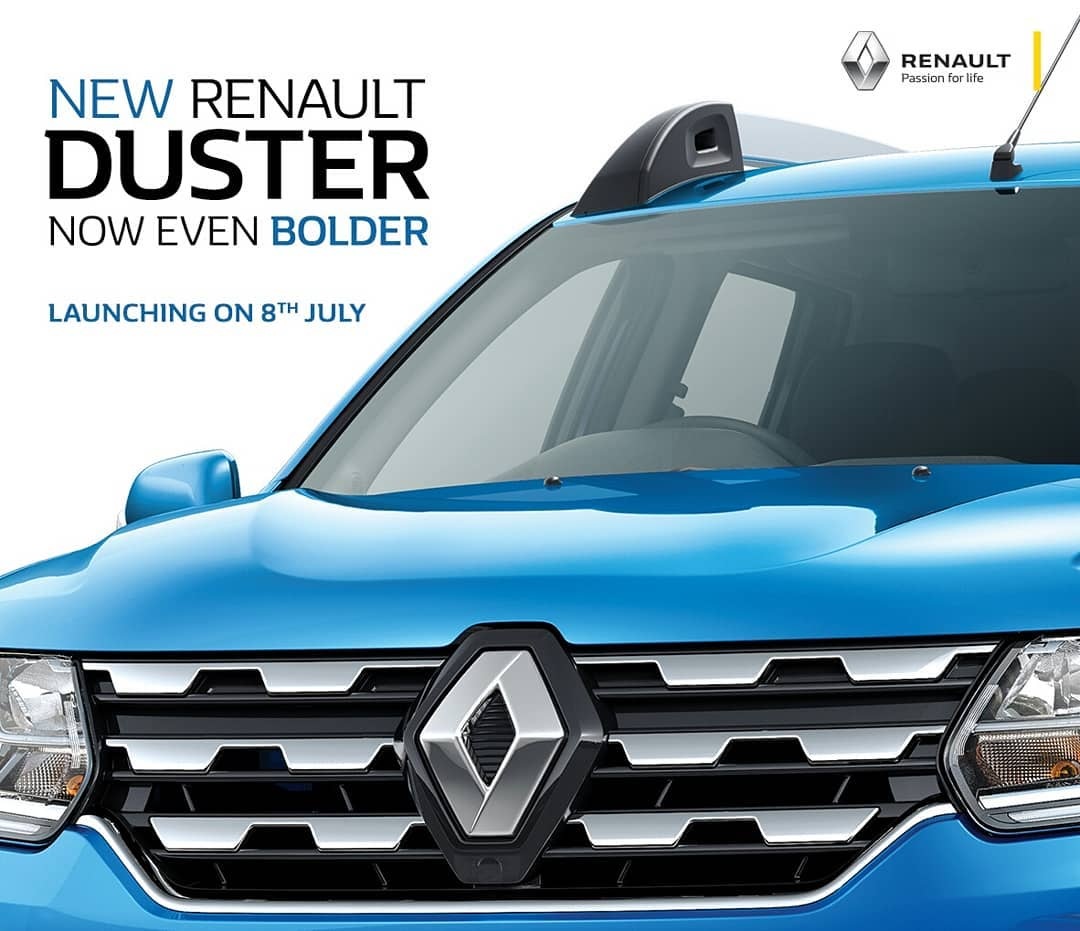 From what we know about the facelift model of this SUV, Renault will be offering a new infotainment screen. This new touchscreen system would be offered with Android Auto and Apple CarPlay connectivity. Apart from that, Renault will also have to offer safety features like dual airbags, ABS with EBD, rear parking sensors, seatbelt reminders, high-speed alert and the works as standard across all the trim levels, in order to comply with the new safety norms. Changes on the exterior include the presence of a projector headlamp, LED DRLs and a refreshed grille. The new teaser also showcases a roof rail and conventional antenna that this car will come with. Moreover, the bumpers will also come with a new design, along with generous plastic cladding all around. 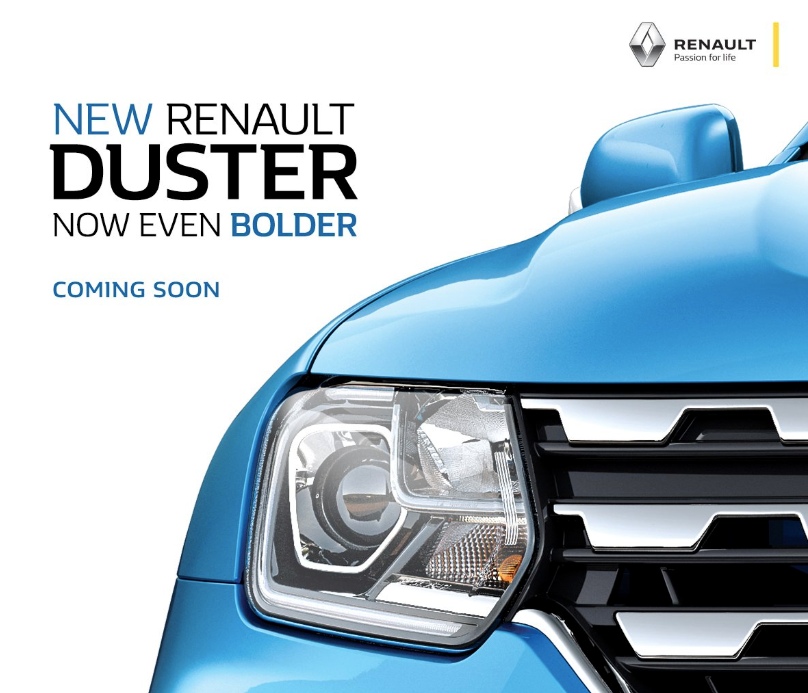 Mechanical changes are not expected to be done in this model and the Duster would continue to use the 1.5-litre petrol and diesel power plants. The petrol motor is tuned to deliver 106 PS and 142 Nm and comes with an optional CVT type automatic gearbox. The oil-burner, on the other hand, is offered in two stages of tune. The former 85 PS/200 Nm stage of tune comes with a 5-speed gearbox while the powerful 110 PS/245 Nm stage of tune gets a 6-speed manual gearbox or an AMT type automatic gearbox. Priced between INR 8 Lakh to INR 13.1 Lakh currently, Renault will price this facelift model at a slight premium. We shall keep you updated with all news, including prices, specification and all details of this facelift model when it is launched on the 8th of July, stay tuned.